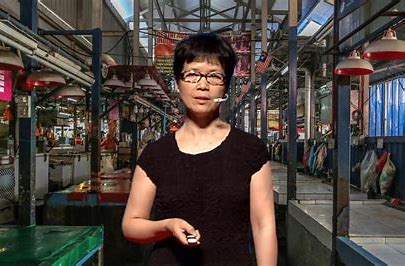 Founded in 1956 as a branch of the Chinese Academy of Sciences (CAS), the Wuhan Institute of Virology (WIV) initially focused on agricultural pests, a serious concern during the famine that began in 1959. During the Cultural Revolution from 1966 to 1976, its research was disrupted, as 229 CAS scientists were killed in the political purges, according to official figures.

After Chinese leader Deng Xiaoping’s official welcoming of scientific research again in 1978, Beijing ordered the WIV to build the nation’s first archive of viruses, with 400 collected over a decade, according to an official history. In 1985, the WIV helped set up China’s first mechanised pesticide factory.

The WIV set its sights higher in 2003, with the SARS outbreak. Chen Zhu, CAS’s top official for biological sciences and soon to be China’s health minister, asked the WIV to build a P4 lab, according to people familiar with the project.

Yuan accompanied Chen to France to persuade French experts to take on the construction. President Hu Jintao flew to Paris in January 2004 to seal the deal.

While the WIV had Beijing’s support for the P4 lab, it also struggled against bureaucracy. When SARS took hold, the WIV had such trouble getting official research access to the new virus that director Hu Zhihong ended up “stealing” a sample from a morgue, according to a 2006 article in the state-run China Youth Daily.

Around this time, another fateful figure in the WIV’s story emerged. Yuan’s colleague, Shi Zhengli, was beginning to search bat caves for the origin of SARS. Shi was a year younger than Yuan and also had studied in France, specialising in aquatic viruses. Now she turned to bats, in collaboration with a prominent Singapore-based virologist, Linfa Wang. In 2004, her team collected samples from 408 bats across China.

It was tough work. Shi and colleagues crawled on their stomachs through narrow caves, she recounted in a speech in June 2018. They caught bats with nets, releasing most of them after taking samples, and occasionally taking a few bats back to the laboratory.

Seven years into her search, Shi discovered in 2011 a close relative to SARS in a cave in subtropical Yunnan province. Her team’s paper, published in 2013, launched her to national prominence, and she gained the nickname “Bat Woman.”

In 2014, at age 50, Shi received a $585,000 national grant to continue studying coronaviruses in China’s south. Three years later, her team announced that it had found all the genetic pieces of the SARS virus in bats in a Yunnan cave — essentially proving the disease’s origin.

Meanwhile, Yuan’s 13-year endeavour was finally bearing fruit, with the P4 lab greenlighted in 2017 to begin operation. The $42 million lab was not for everyday experiments. Only a handful of the WIV’s 300 scientists had been trained to use it, including Shi, the deputy director.

Shi entered the international limelight on January 23, 2020, the same day Chinese authorities sealed off Wuhan to contain a new disease. In a preprint paper, her team announced that it had found a virus 96.2 per cent identical to the novel coronavirus.

Shi had originally feared that the virus could have come from her lab, as she told Scientific American. But she has since become adamant that the WIV never crossed paths with the virus, saying that she checked the lab records and that all staffers tested negative for SARS-CoV-2 antibodies.

Shi’s supporters say that if there had been a lab coverup, it’s unlikely the staff could have kept the secret from leaking out, especially with a full-court press by US intelligence agencies. The US intelligence report delivered to President Biden last month said that the coronavirus was not a bioweapon and that Chinese authorities did not know about the virus in advance.

Yuan and Shi have retreated from the world amid the controversy. The “comprehensive news” section of the WIV’s website once highlighted international collaborations, but it has dwindled to politically correct posts about researchers studying the speeches of Chinese leader Xi Jinping.

Nielsen-LeRoux said she last heard from Yuan in March 2020, toward the end of the Wuhan lockdown.

“We had a very hard time in combating the infection in Wuhan,” Yuan wrote to her in an email. “The virus is spreading in your country, and more people are infected during the last days, and the situation worries me a lot. I am confident that we could finally curb the spreading of the virus with our joint effort, and our life will return back to normal soon.”