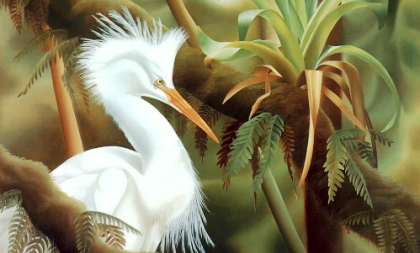 Wildlife trafficking is having a profound negative impact on biodiversity, a new analysis finds. Hunting and trapping to feed international and national trade networks threaten numerous species, the researchers report, even those living in protected areas.

“This study adds to the growing body of evidence that commercial wildlife trade is a significant threat,” says Scott Roberton, a conservationist in charge of antitrafficking programs at the Wildlife Conservation Society.

Wildlife trafficking is big business, with analysts estimating it generates between $5 billion and $20 billion per year. It involves the capture or killing of tens of millions of individuals from thousands of species and some 150 million families depend on eating wild animals or selling them for their livelihoods. Although some of this activity is legal, much is illegal.

For decades, many conservationists have said wildlife trafficking is driving some species to extinction. But others have argued that “trade can often be sustainable,” says conservation biologist David Edwards of the University of Sheffield.

To begin to evaluate that possibility, Edwards and his graduate student, Oscar Morton, as well as a number of colleagues, assembled 31 papers that examined wildlife populations in areas where hunting and trapping occurred, as well as in areas where there was none.

Overall, these papers chronicled the fates of individuals from 133 species: 452 mammals belonging to 99 species, 36 birds from 24 species, and 18 reptiles from 10 species.

The researchers then built models that helped them assess the impact that a variety of factors might be having on populations of these 133 species. The factors included how much trade there was in a species; whether it was desired for food, medicine or some other purpose; and how far the species lived from human settlements and potential markets. They also looked at whether the species lived in a protected or unprotected area.

Overall, the team found the studied species were less abundant if they lived in areas that lacked protection. Without game wardens to enforce quotas or boundaries, for example, populations declined by 65 per cent, the researchers report today in Nature Ecology & Evolution.

In areas where animals were traded for food (bushmeat), there was almost a 60 per cent decline in the populations. And in places where animals such as songbirds were being trapped for sale as pets, population declines could reach 73 per cent.

In general, “the closer to human settlements the study sites were, the greater the decline in abundance,” Edwards says. In 83 of the 506 examples they studied, the hunted species had disappeared entirely from the study area.

But even in protected areas, declines were dramatic, with populations dropping by 39 per cent. The study’s bottom line, Edwards says, is that “wildlife trade drives species to decline, often severely, including within protected areas. … We checked a whole range of different methods and always found these large significant declines.”

“To my knowledge, this is the first time that a group of scientists has attempted to synthesise the existing information on what the wildlife trade is doing to wild populations,” says David Wilcove, a conservation biologist at Princeton University who was not involved with the work. But the 133 species it evaluated are just the tip of the iceberg, he adds.

“There are thousands of species being traded for which we haven’t the slightest clue as to what it’s doing to their populations in the wild,” says Wilcove.

The analysis also highlights a gaping hole in wildlife research. Most of the 31 studies focused on mammals and there were none about invertebrates, amphibians or plants like orchids and cacti – all organisms traded by the millions. In addition, there were only four studies in Asia, “a big hotspot for wildlife trade,” says Maria Bager Olsen, a conservation biologist at the Natural History Museum of Denmark. Such gaps emphasise “the need for a bigger diversification in study areas,” she says.

Steve Broad, executive director of TRAFFIC, an organization working toward sustainable wildlife trade, is cautious about the conclusions. He wonders, for example, whether there might be other reasons—such as habitat degradation or loss—for the species declines seen in some areas and agrees that conservation efforts would benefit from a better understanding of such issues. “It will be interesting,” he says, “to dig deeper.”