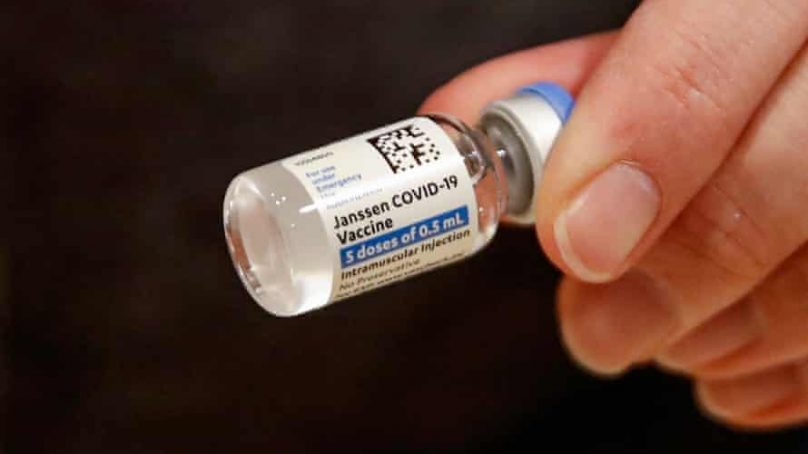 Federal authorities on Tuesday recommended that states stop using Johnson & Johnson’s Covid-19 vaccine while an investigation is conducted into six serious cases of clotting problems – one of which was fatal – that were reported among women who received the vaccine.

The blood clots are similar to those reported by several European countries after use of AstraZeneca’s Covid-19 vaccine. And they are similar to an event that occurred during Johnson & Johnson’s US-based clinical trial, an event that led to a temporary pause in that trial last fall. That case involved a man in his 20s, STAT reported at the time.

The clotting problem appears to be quite rare. As of Monday, more than 6.8 million doses of the Johnson & Johnson vaccine had been administered in this country. But officials acknowledged the investigation – and increased use of the vaccine, which was shipped in record numbers last week — could lead to the discovery of more cases.

The concern over Johnson & Johnson’s vaccine is raising questions about whether there is what’s known as a “class effect” – a problem one would expect to see with all vaccines made in the way the J&J and AstraZeneca vaccines are made.

The Sputnik V vaccine, made by Russia’s Gamaleya Research Institute and the vaccine made by CanSino, a Chinese manufacturer, are made in the same way as the Johnson & Johnson and AstraZeneca vaccines.

The four vaccines use modified adenoviruses – viruses that cause colds – to deliver instructions to human cells to make the SARS-CoV-2 spike protein, the exterior proteins that allow SARS-2 viruses to attach to and invade cells. Those vaccine-induced spike proteins teach the immune system to look out for and defend against SARS-2 viruses.

Theories about the cause of the rare clotting issues hinge on the possibility that, in small numbers of people, the adenoviruses trigger an aberrant immune response. That, in turn, results in a rare combination of widespread clotting and low platelet counts.

Top officials of the Food and Drug Administration and the Center for Disease Control and Prevention stressed during a press conference Tuesday that clotting problems have not been seen with the vaccines made by Moderna and the Pfizer-BioNTech partnership. Roughly 180 million doses of those vaccines have been given so far in the country.

Peter Marks, director of the FDA’s Center for Biologics Evaluation and Research, skirted around the term “class effect” but suggested the fact that the problem was also seen with the AstraZeneca vaccine underscored for the FDA and CDC that the events might be linked to vaccination.

“I hesitate to call it a class effect,” Marks said. “But I think it is plainly obvious to us already that what we’re seeing with the Janssen vaccine looks very similar to what was being seen with the AstraZeneca vaccine.”

The CDC and the FDA jointly conduct surveillance for adverse events that might be linked to use of vaccines; the two agencies jointly announced the recommendation that use of the vaccine be paused. The move falls short of an order not to use the vaccine and Marks acknowledged that it may continue to be used in some cases, if a provider and a patient discuss the risks and benefits and decide to proceed with vaccination.

The CDC’s Advisory Committee on Immunisation Practices, which advises the public health agency on vaccine uses, is holding a special meeting today (Wednesday) to review the J&J data. It is conceivable that the panel of outside experts will suggest that use of the vaccine be continued, but with some restrictions on who should get this vaccine. A number of other countries in Europe and elsewhere have already imposed such limits on use of the AstraZeneca vaccine. That vaccine has not been authorized in the United States.

The FDA and CDC officials stressed the decision to pause use of the J&J vaccine was made “out of an abundance of caution.” Key to the decision was recognition of the need to inform health care providers to be on the lookout for people who might be having one of these reactions so that they can avoid giving care that could make the situation worse.

“The issue here with these types of blood clots, is that if one administers the standard treatments that we as doctors have learned to give for blood clots, one can actually cause tremendous harm or the outcome can be fatal,” Marks said. “One needs to make sure that providers are aware that if they see people who have low blood platelets, or if they see people who have blood clots, they need to inquire about the history of recent vaccination, and then act accordingly.”

In a statement, Johnson & Johnson said it is working closely with health authorities and medical experts to investigate the issue. It also announced it would delay the rollout of its vaccine in Europe.

When asked if the company has been asked to pause the trial, Marks said statements from the company would address voluntary actions the company is taking. J&J did not immediately respond to a request for comment from STAT.

The blood clots reported in the six cases are known as cerebral venous sinus thrombosis (CVST); in all cases, the clots were seen in combination with low levels of blood platelets, a condition known as thrombocytopenia.

All occurred among women between the ages of 18 and 48, the statement from the CDC and FDA said, and symptoms occurred between six and 13 days after vaccination. In addition to the fatal case, one of the women is in critical condition.

“The pause is a prudent step to take, because when very serious adverse events occur that are also very rare, what matters most is ‘very serious,’” said John Moore, an immunologist at Weill Cornell Medicine. “Not only are individual members of the public at some risk, but so is the wider confidence in the Covid-19 vaccines.”

“You have a greater chance of being in a car accident on the way to getting this vaccine than you have of having a problem from this vaccine. But that’s not how people view risk,” said Paul Offit, a vaccine expert at Philadelphia Children’s Hospital.

“In this country, you have two other vaccines, which are likely going to be produced in a quantity that enables everyone to be vaccinated,” he said. “So, I think as we get more and more of the Moderna and Pfizer vaccine out there … I think it would not be surprising if … this vaccine would not come back onto the market.”

Offit was on the advisory panel that recommended the FDA authorise use of Johnson & Johnson’s vaccine.

The CDC and FDA said people who have received the Johnson & Johnson vaccine who develop certain symptoms within three weeks of receiving the vaccine should contact their healthcare provider. The symptoms were listed as severe headache, abdominal pain, leg pain or shortness of breath.

The investigation into the Johnson & Johnson vaccine comes at a critical time for the Covid-19 vaccine rollout. Vaccine supplies that were scarce earlier in the year are starting to swell; rather than long lines, some jurisdictions are starting to report having unclaimed shots.

In Europe, where the AstraZeneca vaccine is being widely used, at least 222 suspected cases have been reported among 34 million people who have received the vaccine, according to a news report in the journal Science.

Needed: Global drive to set agenda for 2b people for ‘minimally adequate toilets’