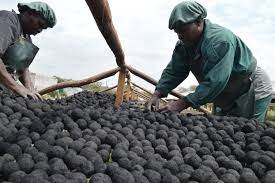 Needed: Global drive to set agenda for 2b people for ‘minimally adequate toilets’

Since the sixth century BC, when the Romans began building their Cloaca Maxima (Greatest Sewer), a safe sewage system has epitomised civilisation. More than two millennia later, one Victorian novelist called a good sewer “nobler” and “holier” than the most admired Madonna ever painted. For sound reasons: the construction of a massive London sewer network in the 1860s ended waterborne epidemics of cholera that had killed tens of thousands of people.

In 2007, more than 11,300 readers of The BMJ chose the sanitary revolution – the introduction of clean water and sewage disposal – as the most important medical milestone since 1840.

The need for innovative toilets is enormous. In 2017, two billion people lacked a minimally adequate toilet, and 673 million people still had to defecate in the open. Poor sanitation is linked to the transmission of diseases including cholera, typhoid, polio, hepatitis A and trachoma.

Access to clean water and sanitation for all by 2030 is one of the United Nations’ Sustainable Development Goals (SDGs), but the cost of achieving this is tens of billions of dollars per year, as two new books explore: Pipe Dreams by Chelsea Wald and Waste by Catherine Coleman Flowers.

Today, “toilets no longer look quite so miraculous as they once did”, writes Wald in her deeply researched, entertaining and impassioned exploration of sanitation ancient and innovative. As cities grow, their aged sewage infrastructures become overwhelmed, especially during storms.

Once-noble conduits are now frequently clogged by fatbergs, vast accretions of grease and wet wipes with the consistency of concrete and the weight of several elephants.

“Modern sanitation infrastructure has created the illusion that our excreta just disappear like magic,” Wald writes. “But poop doesn’t just drive down the highway into the sunset.” Often, it remains untreated, poisoning people and ecosystems. A new generation of toilets is needed, she argues: one that squanders less water, nutrients and energy.

And so, Wald travels from Alaska to Indonesia and many places in-between, interviewing scientists, public-health officials and toilet entrepreneurs.

Many countries are edging their way towards the SDGs by implementing inventive sanitation projects at minimal expense. In the town of Sneek in the Netherlands, Wald visits a company called DeSaH, which has put vacuum toilets into more than 200 apartments, whooshing away waste and treating it in a small local facility.

Each toilet uses one litre of water per flush, compared with the usual eight. Vacuum systems are in use at sites in wealthy nations including the Netherlands and Sweden and at Bloomberg’s European headquarters in London. But scaling up this water-saving technology on a global scale is challenging, Wald notes, given financial and other hurdles.

In Kenya, a social enterprise named Sanivation collects human faeces, treats it and presses it into “poop briquettes” for fuel, Wald writes. The company has sold 1,500 tonnes of the small spheres so far, saving 88 trees for every tonne. In Indonesia, where there are few sewers, Wald shadows “sanitation entrepreneur” Koen Irianto Uripan, who put thousands of fibreglass septic tanks in the yards of homes in the city of Surabaya.

With jokes and a papier-mâché poop prop, Uripan markets a cheap, easily installed indoor toilet connected to one of these tanks, in which bacteria break down waste. The work is part of a much larger, countrywide campaign to reduce the number of people who have to defecate in the open.

Our universal disgust over excretion inspires both humour and anxiety. The ancient Babylonians recognized a privy demon called Šulak that could trigger bad luck, injury or illness. In the Jewish tradition, rabbis composed blessings for angels who accompanied a person to the “house of the chair” and waited outside, and a blessing is recited on exiting the lavatory.

But fear is all too real for those without secure and hygienic toilets. Women who must share with strangers or go outdoors, are at greatly increased risk of being raped, studies in South Africa and India have shown. Toilets with doors that lock from the inside, and have shelves for clean menstrual products, can help women and girls – cisgender and transgender – to feel safe and dignified; and those still at school will be less likely to skip classes. In Durban, South Africa, among other places, city planners have refitted shipping containers for the purpose.

In Waste, Flowers details her decades-long campaign to raise awareness of inadequate sanitation in rural US communities. She focuses on Lowndes County, Alabama, an area inhabited largely by poor Black people who, like her, are descendants of enslaved people.

An estimated 90 per cent of Lowndes households have failing or inadequate waste-water systems. A study published in 20173 found that more than one-third of those tested in the county were infected by hookworm (Necator americanus), which is transmitted through faeces.

To fix this failing infrastructure, Flowers argues, a “virtual hurricane” is needed – a public-health crisis comparable to the revelations of lead-contaminated drinking water in Flint, Michigan. As we’ve seen with Covid-19, politicians can quickly summon huge amounts of money.

But it’s difficult to conceive of a whirlwind that could bring decent sewage systems to, say, the majority-Black community of Centreville, Illinois, where untreated waste flows alongside homes, even though residents pay for the municipal waste-water service.

Perhaps what’s really needed is a collective human hurricane, typified by Flowers and the partnerships that she builds between her neighbours, lawmakers and global organisations to deliver effective sanitation to those without. As Flowers has said: “All of us have a human right to water and sanitation.”

Science espionage: China in a corner as US ‘varsities tighten rules on research