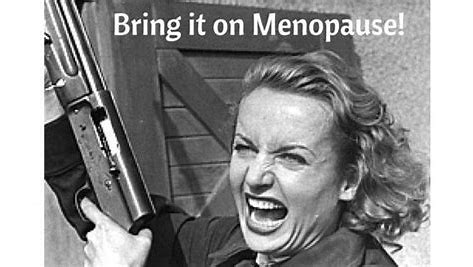 Growing numbers of women are taking their employers to court citing the menopause as proof of unfair dismissal and direct sex discrimination, researchers have said. According to the latest UK data, there were five employment tribunals referencing the claimant’s menopause in 2018, six in 2019 and 16 in 2020. There have been 10 in the first six months of 2021 alone.

Experts say the rise in cases shows women are increasingly feeling empowered to challenge employers who do not understand the impact the menopause can have and offer them support.

“I can see that this will carry on building until such time as there are some really big, group lawsuits, which I’m sure there will be,” said Dee Murray, the founder and chief executive of Menopause Experts, which carried out the research.

“The women in a lot of the big companies are already setting up their own private, internal menopause support groups. If they decide their issues are not supported by HR, you could potentially have a real problem.”

Women aged 50 to 64 are the fastest-growing, economically active group in the UK, due to issues including the rise in the state pension age for women, increased life expectancy and the impact of Covid.

Of the 70 per cent of women in employment in the UK, almost 4.5 million are in this age bracket and it is, added Murray, in employers’ interests to retain these women: many older women are at the peak of their careers, with research proving that the most diverse companies are more likely make a greater profit than less diverse peers.

Yet until recently, the menopause and its impact on women was rarely discussed. Recent research found the UK could be losing 14 million work days a year related to the menopause. One in four women who experience menopausal symptoms consider leaving their job, with the resulting loss of knowledge, experience and talent.

One tribunal heard how recruitment worker Aggie Kownacka was told by her female boss it was “no big deal” that she would face menopause at the age of 37 and no longer be able to conceive children. An employment judge ruled the comments did not amount to discrimination but did amount to harassment.

Another claimant in Birmingham who was having 12 hot flushes a day and was woken eight times every night by sweats was ruled disabled by reason of the menopause. But the tribunal decisions are far from consistent, with the judge in another case dismissing the employee’s claim to be ruled disabled on account of her symptoms.

Murray said: “We regularly hear horror stories about how women are discriminated against in the workforce, and sadly menopause is one area where employers keep getting it wrong.

“This dramatic rise in the number of employment tribunals citing menopause shows how women are standing up for themselves against outdated and ill-informed bosses. The lack of education is dangerous for women’s health and unfair to their careers.”

Adam Pavey, the director of employment and human resources at Pannone Corporate law firm, has defended claimants in tribunals concerning the menopause. He said the rise in the number of tribunals was due to improved education and information, making women better informed and more empowered.

“But the law in this area is too far behind the reality,” he said, warning that tribunals’ decisions vary according to which judge hears the case.

“The lack of consistency from tribunals as to whether menopause is an issue of disability or sex discrimination is cause for concern,” he said. “Employers and employees need clarity so this can be tackled proactively, and the law needs to catch up.

“We urgently need decisions from the appeal courts as this lack of clarity will continue until we see some real guidance in this area.”