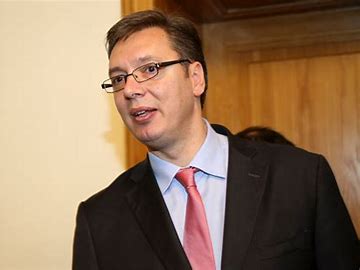 Maja Stojanovic, director of Serbian non-profit Civic Initiatives, which was named in the letter, told Reuters she believes the government is using the data for smear campaigns to undermine NGOs’ work.

A report on Financial Action Task Force (FATF), established by the G7 group of advanced economies to protect the global financial system, says some countries with weak democracies had taken advantage of the suggestion to enact laws that have crushed political opposition and muzzle freedom of expression.

Stojanovic cites the case of a senior lawmaker from Serbia President Aleksandar party who in a speech this March attacked NGOs as foreign-funded coup-mongers and referenced transfer details, which groups had not disclosed publicly.

When Stojanovic and other targeted NGOs consulted the banks about the requests, the banks said they couldn’t disclose what information they shared with authorities, according to emails reviewed by Reuters.

Last year, it was India’s turn to prepare for another FATF evaluation. The then junior home affairs minister tweeted the government would “disrupt the terror-financing networks” to meet FATF standards.

In October, the national counter-terrorism agency raided the offices of 10 NGOs in New Delhi and India-controlled Kashmir, where security forces are battling a decades-long insurgency. It said in a statement the organizations were using foreign funds for “secessionist and terrorist activities” in Kashmir. No arrests were made.

Several of the NGOs, including Delhi-based relief organisation Charity Alliance, denied the agency’s claims. They said they were either providing humanitarian aid or researching alleged rights abuses committed by security forces deployed in Kashmir, work which was supported by several UN special rapporteurs.

One of the Kashmir-based NGOs told Reuters that during the raid officers seized documents and hard drives with sensitive information on victims of torture. They halted the research, fearing further reprisals.

Charity Alliance’s chairman, Zafarul-Islam Khan, told Reuters it was a “blatant lie” that his charity funded terrorism in Kashmir. The counter-terrorism agency has not provided evidence of any alleged crime, he said, accusing Prime Minister Narendra Modi’s government of trying “to throttle Muslim, Christian, leftist and human rights NGOs.”

India’s Ministry of Home Affairs declined to comment. At the time of the FATF’s 2012 warning to Uganda, financial crime there went effectively unchecked. Its cash-based economy, porous borders and weak laws meant the government had little ability or willingness to trace funding for armed rebel groups or investigate the huge sums of public money that officials embezzled, according to researchers and a report by the International Monetary Fund.

The FATF spurred the government into action. Asubo, a former top prosecutor who studied law at the University of Liverpool, was appointed to lead the new financial intelligence unit.

Nicholas Opiyo, the lawyer later arrested, was nervous about how authorities could use the unit, having represented individuals detained during a government crackdown on opposition members two years earlier. His human rights organisation, Chapter Four, organised a conference to voice concerns, but few people attended.

Asubo set up his new unit within the finance ministry. He hired investigators from other state agencies and acquired software so they could collect data from banks and review transfers. He also brought on several foreign advisors to help conduct a national risk assessment, a key step required by the FATF.

This assessment determined that non-profits had a “medium/high” vulnerability to terrorist financing, the same as casinos and precious metal dealers, the report showed.

In 2017, the FATF removed Uganda from the grey list, highlighting its “significant progress.”

But the law criminalising money laundering and terrorist financing had been barely used. Only a handful of low-level cases had led to prosecutions, according to a review of Ugandan criminal cases and a dozen people familiar with authorities’ efforts. A Ugandan prosecutor, speaking anonymously, said there still was no “political will” to target anyone with government connections.

The financial intelligence unit ordered banks to freeze accounts belonging to several organisations monitoring the election campaign, according to several people familiar with the requests.

Asubo told Reuters this was for a routine check and the accounts were later unfrozen. His unit also provided police with information on Opiyo as part of an investigation into his finances, he said.

On December 22 of last year, Opiyo was having lunch with several colleagues when officers stormed the restaurant and took him away in a van. Two days later, a court charged him with money laundering for receiving, in the name of Chapter Four, $340,000 in undefined “proceeds of crime.”

Opiyo told Reuters this was an annual grant from a long-standing donor, American Jewish World Service, a New York-based charity that funds human rights programmes around the world. An AJWS spokesperson confirmed this and said the grants were in accordance with US and Ugandan laws.

Opiyo said he believed his arrest was intended to disrupt his research on the election crackdown. “It sent a strong and chilling message to civil organisations: Nobody was safe.”

For a week, Opiyo remained in a maximum-security prison. He passed the time handing out legal advice to other inmates. After the United Nations called for his release, a court granted him bail and he is now awaiting trial whilst the investigation continues. In January, Museveni won a sixth term, which Wine denounced as a fraud.