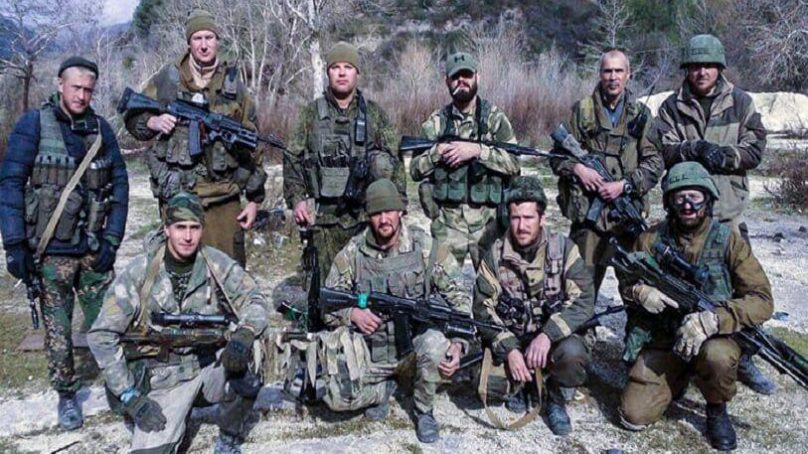 Why is Africa increasingly resorting to foreign militaries and mercenaries to provide security?

The African continent is in a situation where governments and states are increasingly turning to private military and security companies, and mercenaries for protection.

Recent reports indicate the presence of the Russian Wagner Group in Africa, particularly in the Central African Republic (CAR), and its alleged imminent arrival in Mali. This raises questions about the resurgence of private military and security companies (PMSCs) on the continent.

Wagner’s role in conflicts and its alleged violations of human rights and humanitarian law in countries such as the CAR won’t help bring peace and stability to Africa. Mali’s neighbours and its partners have criticised the country’s transitional authority for seeking a deal with the Wagner Group, causing a diplomatic spat between Mali and France.

The use of private companies and mercenaries in Africa should be thoroughly addressed by states and the African Union. Outsourcing government security requirements to private entities or security operators presents a serious challenge for Africa’s security.

At times, security privatisation has blurred the lines between these companies as ‘legal’ and ‘legitimate’ providers and mercenaries, which carry out subversive and lucrative activities. Both groups are paid for their services rendered, and some private military recruits start out as mercenaries. And the actions of certain PMSCs also amount to mercenaryism.

Mercenaryism began in the 1960s and 1970s. At the time, many nascent post-independence African states were targets of mostly external but also internal destabilisation attempts. This continued throughout the 1980s and 1990s.

Mali’s neighbours and partners have criticised the transitional authority for seeking a deal with Wagner.

According to the United Nations (UN) working group on mercenaries, the nature of contemporary conflicts and private security and military companies’ involvement undermine the implementation of multilateral treaties.

These include the AU Convention for the Elimination of Mercenaryism in Africa and the UN International Convention Against the Recruitment, Use, Financing and Training of Mercenaries. The latter has not been signed or ratified by any of the five permanent UN Security Council members (United States, France, Russia, China and the United Kingdom).

These companies provide services to numerous actors, including states, international organisations, non-governmental organisations and private firms, particularly in the extractive industries. They operate on a spectrum, from combatants alongside a regular army to protecting humanitarian missions and securing private mining operations.

The UN working group on mercenaries notes that PMSCs escape the accountability and responsibilities that typically apply to a country’s armed forces. They also don’t fall specifically and easily within the ambit of international criminal procedures.

Wagner apparently wanted to bomb what it believed were identified insurgent bases, says the ISS, but the Mozambican army opposed the move. This apparent difference in military doctrine illustrates how PMSCs can threaten the safety and security of civilians, as has been seen by Wagner violations in the CAR. Mozambican security forces have also been implicated in serious abuses including arbitrary arrests, abductions, torture, excessive force against unarmed civilians, intimidation and extrajudicial executions, says Human Rights Watch.

The Mozambique case is also an example of how many national security forces in Africa struggle to deal with domestic insurgencies. As a result, countries resort to external security and military services, leading to potential humanitarian and human rights laws violations with little possibility of justice for victims.

The same is true of private companies in humanitarian situations and those acting as private security contractors for UN peacekeeping missions. Transferring civilian tasks to these companies embodies risks. According to the UN working group, they lack training in the promotion of gender, race, ethnic and class equality and humanitarian aid distribution.

This should be particularly concerning to Africa, which hosts six of the world’s 12 ongoing UN peacekeeping missions and a large humanitarian presence.

Even in peace operations, the working group points out, PMSCs are market-driven. Ongoing instability sustains the industry – raising questions about the companies’ interests in achieving and maintaining peace.

These companies also provide security for private corporations in the extractive industries, particularly in unstable regions in Africa. They operate in environments with weak or no state (security) presence, leaving civilians to cope with whatever methods private security multinationals use to protect their financial interests.

Even where state security is present, the use-of-force mandate conferred to PMSCs isn’t always clear – or isn’t always applied with strict respect for human rights. This can be exacerbated when PMSCs work alongside state security forces that themselves behave outside the law.

PMSCs can threaten civilians’ safety and security, as seen by Wagner violations in the CAR.

Although they’re seen as distinct actors, there is a strong commonality among PMSCs, armed groups, and mercenaries. They all form part of what are commonly considered ‘soldiers for hire’. These companies are frequently regarded as mercenaries or as engaging in mercenary-like activities simply because of the transactional nature of their business.

Former mercenaries, or those who have conducted related activities, may also be recruited by PMSCs. The overlap between these companies, armed groups and mercenaries adds to the difficulties of dealing with armed combatants. A current, emblematic case of this murky situation is Libya, where thousands of mercenaries working for the different warring factions have become a major obstacle to peace.

African countries should address the gaps that create the need for PMSCs. From a ‘hard’ security standpoint, this entails strengthening public security systems and capacitating the police and army to deal with less traditional threats. The practice of resorting to private security providers, particularly when threatened, shouldn’t become the norm.

National, continental and international norms around PMSCs (and mercenaries) need to be reviewed to match existing realities. The use of such companies must be considered not only in direct classical combat but in the extractive industry and humanitarian missions. Legislation should be tightened to prevent mercenaryism in Africa.

Prevention is better than cure, which means states on the continent also need to plug governance gaps and improve their security sectors. This will ultimately yield better results than dealing with the fallout of instability and weak governance.