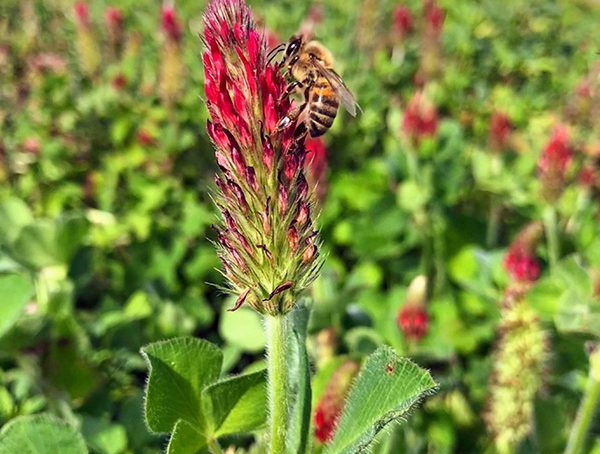 Why honey is a superfood: It has nutrients that boost tolerance of harsh conditions and fight off infections, heal wounds

It should come as no surprise that bees know a lot about honey. They aren’t only honey producers, they are also consumers, and pretty sophisticated ones at that. Offer a sick bee different variety of honey, for example, and it will choose the one that best fights off its infection.

People, on the other hand, have a lot of catching up to do when it comes to the nutritional nuances of honey. Just a few decades ago, most lists of “functional foods” – those that offer health benefits beyond basic nutrition – failed to mention it, says entomologist May Berenbaum. “Even beekeepers – and certainly bee scientists – considered it nothing more than sugar water.”

Since that time, a large body of research has revealed that honey is chock-full of plant chemicals that influence honeybee health. Components in honey can help bees live longer, boost their tolerance of harsh conditions such as intense cold and heighten their ability to fight off infections and heal wounds. The findings hint at ways to help bees, which have been hit hard in recent years by parasites, pesticide exposure and habitat loss.

“It’s just such a remarkable substance, and I think people maybe still don’t quite appreciate it,” says Berenbaum, of the University of Illinois at Urbana-Champaign.

Honey, and the plant compounds within, impart all sorts of health benefits to bees.

It’s tasty on toast or stirred into tea, but honey is much more than a sweetener. Certainly, the viscous liquid is mostly sugar, which hive members use for sustenance, but it also harbours enzymes, vitamins, minerals and organic molecules that give each honey its uniqueness and confer a slew of health benefits to bees.

A variety of insects can produce honey – bumblebees, stingless bees, even honey wasps – but only honeybees (Apis species) produce enough to stock grocery store shelves. This ability didn’t happen overnight; it was millions of years in the making.

Bees made the split from wasps around 120 million years ago, during a surge in the evolution and spread of flowering plants. This floral diversity – along with a shift in bee behaviour of feeding pollen, rather than insects, to bee larvae – spurred the evolution of the approximately 20,000 bee species known today.

Becoming an expert honey-maker took a few more behavioural and chemical tricks. Bees started adding a bit of nectar to the pollen, which moulded it into more transportable bundles. They also developed wax secretion glands, which provided a way to separately store the liquid nectar and solid pollen.

“The wax allows for a very flexible building material,” says Christina Grozinger, an entomologist at Penn State University, who studies mechanisms underlying bee social behaviour and health. When forming a honeycomb, honeybees mould wax into hexagons, which turns out to be the most efficient shape to store something, since hexagons pack tightly together. “It’s an engineering feat,” Grozinger says.

The process to yield honey that will fill those comb cells begins as soon as a foraging bee slurps up nectar. Though it might look like she is eating it, the sugary snack doesn’t end up in her stomach, at least not in the traditional sense. She stores it in her crop, or honey stomach, where it mixes with various enzymes.

One of the first enzymes to go to work is invertase, which snips the nectar’s sucrose molecules in half, yielding the simple sugars glucose and fructose (strangely, research suggests that bees don’t have the genes to make this sucrose-snipping enzyme – a microbe that lives in bee guts probably makes it). Upon returning to the hive, the honeybee then regurgitates the payload to the first of an assembly line of bees.

The mouth-to-mouth passage that follows lowers the water content and introduces more enzymes, processes that continue the nectar breakdown and stop microbes from growing.

The bees next deposit the mixture into a hive cell, then evaporate more water by fanning their wings. Another enzyme goes to work – glucose oxidase – which converts some of the glucose into gluconic acid that will help preserve the honey.

The chemical reaction also lowers the pH – increasing the acidity – and produces hydrogen peroxide, which prevents microbes from growing but can become toxic at high levels. Still more enzymes, likely brought in with pollen and yeasts, break down some of the peroxide, keeping its levels in check.

Finally, the cell is ready to be capped with wax. Nurse bees will feed the processed honey to other members of the hive and the remainder will be stored for cold or rainy days.

An assembly line of chemical reactions transform nectar gathered from flowers into honey that will nourish the hive.

Nectar is what led Berenbaum to honey, an interest that first blossomed in the mid-1990s. She knew that nectar was infused with a tonne of plant chemicals, called phytochemicals: compounds that deter pests and help with plant growth and metabolism. She had a hunch that these phytochemicals were coming along for the ride when bees turned nectar into honey. And if they were, she wanted to know what they might be doing for the bees.

So Berenbaum began probing the diversity of chemicals in honey. In 1998, her team found that different honeys contained different levels of antioxidants depending on the honey’s floral origin.

“That piqued my interest,” she says. Her group later found that honeybees fed sugar water mixed with two honey phytochemicals – p-coumaric acid and the potent antioxidant quercetin – tolerated pesticides better than ones that just got the sugar water. On top of that, the bees that received the water laced with phytochemicals lived longer than the bees that did not, she and her colleagues reported in 2017 in Insects.

Cover crops, such as this crimson clover (trifolium incarnatum), are planted in the bare soil after harvest. Flowering cover crops help support the local pollinator community, including bees.

Conservation: Bees build up their honey pharmacy only if the right flowers are available in numbers and diversity