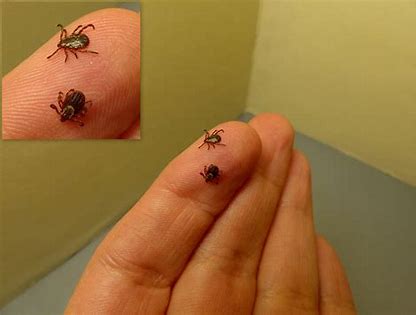 A disease that is so rare in the United States that it is recognised in only about 40 people each year has taken the life of a person living in Maine. The cause, Powassan virus, is transmitted by ticks, which can pass it on within 15 minutes of biting.

The virus causes neurological damage; one out of every 10 people who develop severe symptoms die of brain inflammation and about half of those who recover experience long-term problems with memory, balance and speech.

One death is always a tragedy, but one death in a country of hundreds of millions can feel like no more than a statistical blip. But to tick experts, the person in Maine – who hasn’t been identified or described – is a warning. Other than Lyme disease, tick-borne diseases are little known to the public and under-recognized by health care.

That’s a problem, because research shows tick species are expanding into new areas and carrying greater amounts of pathogens as they move. And it’s especially a problem because the US has not set up a nationwide monitoring system that could identify where tick species exist, how they are traveling and what diseases they carry.

The country depends instead on a patchwork of local detection efforts that rise and ebb as public health funding changes. And in an echo of the Covid pandemic, the US relies on individuals to take actions to keep themselves safe, even though political jurisdictions take on the task of preventing similar diseases such as ones caused by mosquitoes.

“We have no national tick-monitoring network set up, although people have been quietly screaming for one for years,” says Richard Ostfeld, a disease ecologist, tick expert, and senior scientist at the independent Cary Institute for Ecosystem Studies in New York state.

This is complex, because ticks are complex. The tiny arachnids are technically parasites, because they survive only by taking sips of blood from reptiles, birds and mammals – including us. They have complicated life cycles that involve three iterations of slurping up a meal, dropping off for a nap and metamorphosing into a new form.

Their species are regional – limited to specific areas, though those lines are blurring – which means the pathogens they carry are regionalized too.

But they account for abundant amounts of disease: 16 different illnesses, according to the Centres for Disease Control and Prevention (CDC), which estimated in 2018 that the occurrence of illness caused by ticks and insects tripled between 2004 and 2016. Ticks accounted for at least 75 per cent of that rise.

“Tick-borne diseases are the most important vector-borne disease in the continental US when you tally the amount of disease transmitted to humans,” says Gonzalo Vazquez-Prokopec, a disease ecologist and associate professor at the Emory College of Arts and Sciences. “And if you go back in time, 30 to 40 years, those diseases had not even been described.”

Scientists recognise that danger even though the statistics on tick-borne diseases are widely understood to be incomplete. Of those 16 illnesses, only six are “nationally notifiable,” meaning that state health departments are required to collect data on their occurrence and funnel it to the CDC. (Those would be Lyme disease; Powassan; babesiosis, a parasitic disease that’s been called “American malaria”; anaplasmosis; spotted fever rickettsiosis, which used to be known as Rocky Mountain spotted fever; and tularemia, also known as rabbit fever.)

In the agency’s last count, in 2019, before Covid disrupted the data flow to its tick programmes, there were 50,865 cases of those six diseases recorded in the US, ranging from 34,945 for Lyme to 43 for Powassan. To suggest how much of an undercount that is: CDC scientists have estimated, based on insurance data, that more than 476,000 Americans are diagnosed and treated each year just for Lyme disease. That’s more than 13 times the reported number of cases.

For the unreported tick-borne diseases, “we don’t know exactly the extent of infection in humans,” says Saravanan Thangamani, a vector biologist and professor of microbiology and immunology at SUNY Upstate Medical University in Syracuse, New York.

Thangamani can make that assertion because his lab runs a citizen-science programme, TickMAP (for “Mapping Arthropods and Pathogens”), that accepts ticks sent in by New York residents, analyses the species of tick and any pathogens each tick is carrying and geolocates the results. The analysis is free. “Every year we are seeing a progressive increase in the number of ticks we’re receiving; geographic expansion – from each county, we see more ticks coming; and pathogen prevalence in the ticks is increasing,” he says.

Why honey is a superfood: It has nutrients that boost tolerance of harsh conditions and fight off infections, heal wounds