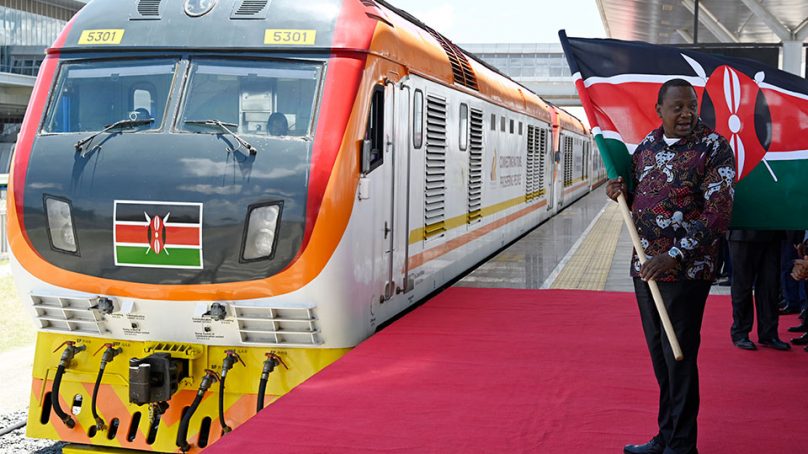 As you are aware, in May 2014, the government of Kenya signed a $3.8 billion contract with China Roads and Bridges Corporation (CRBC) for the construction of the standard gauge railway from Mombasa to Nairobi and on to Naivasha.

According to news reports, 85 per cent of the construction cost came from a loan advanced to Kenya by the Chinese Exim Bank.

The details of the said contract have remained secret to date. In December 2018, in a televised interview, President Uhuru Kenyatta promised the nation that he would make the contract public “tomorrow.” He never did.

By a letter dated April 29, 2021, President Kenyatta was requested and required, inter alia, to make public within seven days the details of the said contract.

Despite that deadline having come and gone, the president has failed, refused and / or neglected to make the said contract public.

Given that the SGR is the biggest and most expensive infrastructure project undertaken in Kenya since independence, We the People of Kenya are constitutionally and morally entitled to know the full details of the said contract in order to be aware of the full extent of our indebtedness including any collateral or security given to or pledged by our government to the Peoples Republic of China.

The failure of the President to make public the said contract led to the issuing of Peoples Proclamation Number Two of 2021 dated May 6, 2021 on the basis of which the Government of the Peoples Republic of China was requested and required to make public the said contract within seven days of the date of the proclamation, failing which We the People of Kenya would then be entitled to assume and proceed on the basis of the fact that no such contract exists.

We would then cease making any and all further repayment of moneys allegedly owing to CRBC, its parent company, China Communications Construction Company (CCCC) or the Peoples Republic of China on the basis of the said non-existent contract.

This letter is therefore to instruct and direct you and your ministry to cease making any and all further payments to CRBC, CCCC or the Peoples Republic of China on the basis of the said non-existent contract effective 12.01 am on May 14, 2021.

Please note that We the People of Kenya shall hold you personally liable for any and all further unauthorised payments made to CRBC, CCCC or the Peoples Republic of China on the basis of the said non-existent contract.

For the avoidance of doubt, take notice that We the People of Kenya shall recover any and all such unauthorised payments plus interest at prevailing commercial rates from you personally or your estate as the case may be.