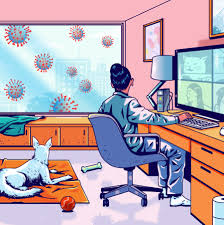 Ever feel like your boss just doesn’t understand you? That’s because they don’t – and that’s especially true when it comes to flexible working.

Future Forum, a research group backed by Slack, runs its quarterly Pulse survey of 10,000 knowledge workers alongside focus groups with their bosses across six countries, including the US and UK. For the latest iteration, the Pulse study focused on the lockdown-imposed home-working experiment and the slow return to the office – and it’ll come as no surprise to find out that management are rather keener to see staff at their desks than leave them working from home.

The study showed that executives are more than twice as likely to want to get back to the office full time – every single working day, just like in the “before times” – than their employees, with 44 per cent of executives longing for their commutes and fluorescent lighting versus 17 per cent of their staff. Some bosses are willing to offer a bit of flexibility, with two-thirds of executives saying they want to work in the office most of the time or all of the time.

“Even if they’re working from home, executives have better resources,” he says. “They’ve got a nice house with plenty of space, the ability to afford childcare when schools are closed.” And when they are at work, he adds, executives get offices with doors that shut rather than open-plan hot desks, plus autonomy and flexibility in their work – they are in charge, after all. “Executives are having a much better experience,” Elliot says.

So it’s no surprise that executives are happier in the office than the rest of us, but some also suffer a wider form of confirmation bias, says Elliot, assuming we’re just as satisfied as they are with the setup. This second problem Elliot refers to as a “focus group of one”: it’s the assumption that, because an executive may have worked their way up through the ranks, they know what current staff are thinking, despite the many changes that have happened in the intervening decades, notably around technology and collaboration tools.

“This bugs me: 66 per cent of executives in our survey told us that their future work plans are being constructed with little to no direct input from employees themselves,” he says.

The third problem highlighted by Elliot is a lack of transparency: Some of the impact of these executive assumptions would be mitigated if bosses shared their future work plans with staff and bothered to listen to their opinions. The survey showed that fewer than half of employees believe their bosses are being transparent about future plans.

Elliot says their focus groups with executives revealed that company leadership was often afraid of transparency in case plans changed or turned out to be the wrong road.

“One of the things I’ve heard pretty consistently is: Our answers are going to change, we don’t know what’s going to happen next, so we don’t want to put out anything until we know all the answers,” he says. “The alternative is to admit you don’t have all the answers and enroll your employees with figuring out your approach.”

At Slack, he says, staff were involved with experiments in how to work in changing circumstances, such as testing different ways of running meetings where people were both in the office and calling in remotely to see what techniques worked best.

“Those kinds of little experiments do two things: They teach people different ways of working and they get people engaged in the process,” he says. “There are plenty of things that we just do not have the answers to and admitting that upfront and enrolling people in helping you figure it out makes people much more invested in being part of your company.”

Indeed, this executive-employee disconnect is a problem beyond mutual frustration, as it’s one of the drivers behind the so-called Great Resignation, which saw four million Americans quit their jobs in April alone, a 20-year high. That’s backed up by the Pulse study, with 57 per cent of knowledge workers saying they plan on finding a new role over the next year.

“You’re twice as likely to be losing people if you’re not being transparent about your future of work plans,” Elliot adds.

That leaves bosses facing recruitment struggles, unless they can quickly convince staff that it’s worth staying. What to do? The top two factors impacting job satisfaction, according to the study, were compensation and job flexibility, suggesting that bosses determined to keep staff coming into the office may need to increase pay to avoid a flood of resignations. “You can’t wind the clock back” on flexibility, says Elliot.

The rise of flexible working has tracked with a rise in positive sentiment for Black knowledge workers, Elliot notes – a year ago, just 48 per cent said they were treated fairly at work, increasing to 73 per cent in the latest survey.

The last 20 months has offered the opportunity to rebuild work in a positive way to bring more balance to our lives, but only if bosses listen. If they don’t, it’s perhaps time to look elsewhere for employment.

The Future Forum puts it another way, advising executives to embrace flexibility, reward inclusion, and build connection through transparency – in other words, pay attention to what staff want and give it to them. The disconnect isn’t going away – and thanks to the Great Resignation, bosses no longer have the upper hand.

WIRED is where tomorrow is realized. It is the essential source of information and ideas that make sense of a world in constant transformation. The WIRED conversation illuminates how technology is changing every aspect of our lives – from culture to business, science to design. The breakthroughs and innovations that we uncover lead to new ways of thinking, new connections, and new industries.