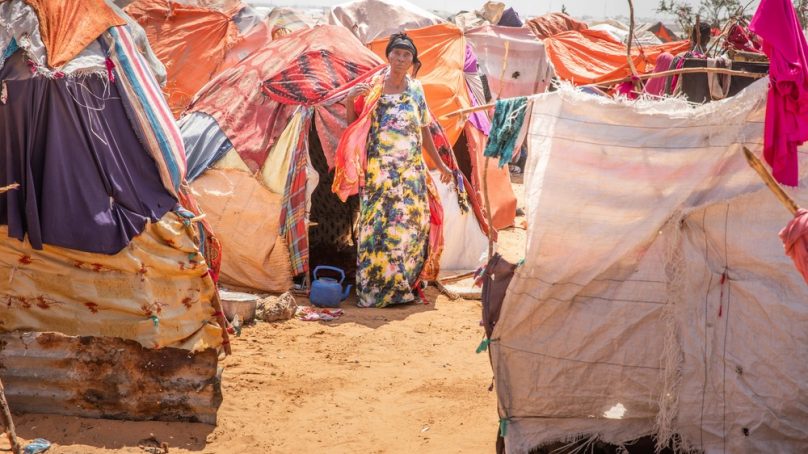 Why aid industry has to review its Somalia strategy: Beyond funding, it’s to relook at how the system works

Famine once again threatens Somalia. In the rush to respond, we risk missing a bigger lesson – the need to reform an aid system that prioritises short-term relief over protecting people’s livelihoods and restoring their dignity.

Right now, more than seven million people are going hungry, with over 365,000 children severely malnourished. The forecast is that parts of the south-central Bay region could slip into famine between September and December.

We’ve been here before. In 2011, Somalia suffered a similarly devastating food crisis. I had just returned to the country for the first time since childhood, working for a relief agency providing emergency medical care for desperate people clinging on to life.

I heard countless stories of mothers and fathers pushed from their homes by the drought, forced to make a dreadful decision: which of the frailest family members to leave behind on the road so the rest could make it to the capital, Mogadishu, where the relief agencies were based?

As a healthcare worker, I’ve seen death in many forms. But the agony of someone dying from starvation is unimaginable.

The aid response was slow. We lost nearly 300,000 people that year, half of them children. That’s equivalent to the population of Geneva, the home of much of the aid industry, dying needlessly.

Just think what would happen if an entire European city died of hunger: I guarantee you, things would change – and fast.

Instead, I witnessed another disaster during the 2016-2017 drought. As a member of the government’s drought committee, I travelled across the country seeing firsthand the suffering of my fellow brothers and sisters: watching children and the elderly – always the most vulnerable – taking their last breath.

As a healthcare worker, I’ve seen death in many forms. But the agony of someone dying from starvation is unimaginable. To witness wasted children suffer through the last minutes of life was agonising. Imagine the mothers, fathers, siblings watching their loved ones die – only too aware they could be next.

Those were apocalyptic scenes, and the world guiltily said “never again”. Yet, as Somalia enters an unprecedented fifth season of failed rains, we’re on the brink of catastrophe once more.

Early warning systems did their job of signalling what was looming, but financing for the aid response has been late in arriving. In donor capitals, it would seem, Somalia is just one more international crisis.

In the last few months, fundraising efforts have intensified, with the UN’s relief chief, Martin Griffiths, and USAID Administrator Samantha Power visiting Mogadishu and raising the alarm. Abdirahman Abdishakur, Somalia’s special envoy for drought, has also been doing the rounds on the international stage, trying to get Western and Arab states to give more aid money.

But there’s a larger problem, beyond funding: This is over how the entire aid system operates.

It attracts roughly a billion dollars each year in financing that has traditionally gone to the distribution of bags of grain and bottles of cooking oil (although now increasingly cash) to people already displaced by disaster.

What aren’t being delivered are sustainable solutions to meet the long-term needs of affected communities; to break the cycle of dependency and help them ride out climate shocks.

Over three million people have been uprooted by droughts, famines and conflict in Somalia – mostly from the breadbasket regions along the country’s two perennial rivers, the Juba and the Shabelle. So why are so few programmes aimed at building community resilience?

What aren’t being delivered are sustainable solutions to meet the long-term needs of affected communities.

Rather than the trauma of losing everything, and trekking to crammed displacement settlements to be reliant on handouts (if aid comes at all), a better scenario would be for people to be helped, through livelihood support, to stay in their homes and manage the crisis.

Mark Lowcock, the UN’s former relief chief, reminded us on his departure of a key problem with the current humanitarian model. “Agencies do not pay enough attention to what people caught up in crises say they want,” he said. “If we are to meet the daunting challenges we face, we need to fix this.”

It’s a moral imperative for the international community to respond to today’s crisis. But there’s also a moral responsibility to link interventions to long-term solutions, and to avoid the surge in humanitarian action coming at the expense of poorly funded development efforts.

The government could do better. But Somalia is still trying to recover from a brutal civil war in 1991 that destroyed all of its institutions. Since the adoption of a new constitution in 2000, the country has been making slow progress towards rebuilding, but nepotism, corruption, and weak governance continue to undermine that effort.

Conflict compounds the problem. Al-Shabab, the most powerful terror group in the region, is notorious for heinous attacks on civilians, politicians, and aid workers. It controls large swathes of land, blocking major roads between regions and completely surrounding some districts.

At least 900,000 people live in areas under al-Shabab control. Many of them are reportedly on the brink of famine, but the group prevents aid agencies and the government from reaching them. US counter-terrorism laws, which effectively block US-funded humanitarians from working in al-Shabab areas, also complicate the aid response. This combination of access restrictions poses the same problems now as it did in 2011.

Looking ahead, Somalia’s federal government must learn the lessons of 2011 and 2017 and demand changes to an aid system that is still anchored in the past.

Establish an independent oversight agency to monitor aid effectiveness. This body should hold aid agencies to account for delays and failures. With millions of Somalis staring death in the face, business as usual cannot be tolerated.

Stop simply responding to drought – a symptom of the climate crisis – and focus instead on adaptation. The agro-pastoral sector is the country’s main economic driver, and the basis for the bulk of Somali livelihoods. Investing in sustainable water infrastructure and livelihood diversification is a must.

Shift the burden of responsibility for aid distribution and food security to the government – the primary entity mandated to protect and provide services to Somali citizens. This begins by strengthening government institutions and the civil service at regional and federal level.

Strike a balance between social protection programmes, such as emergency cash transfers to families in crisis, with longer-term investments that prioritise large-scale interventions that promote resilience.

The sheer bureaucracy of the aid system – which works in its own bubble, linked only to the whims of the donors – inspires little confidence among Somalis. They are concerned that their lives seem inconsequential, and as a result they have grown both sceptical and conspiratorial over how humanitarian aid operates – and this is justified.

How else can one feel but disillusioned when billions of dollars are pumped into the country – controlled by aid agencies holed up in Mogadishu’s fortified “Green Zone” – but there’s no end to the misery, no accountability for the failures?

With climate change, we know there are more droughts to come. I pray that sanity and good conscience prevail and that future famines can be avoided. But unless there’s urgent and far-reaching reform, sadly, I have my doubts.