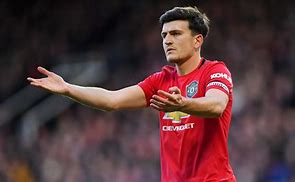 Harry Maguire has been frustrated with David de Gea’s performances in goal for Manchester United, according to ESPN.

It has been a very difficult 12 months or so for Maguire, who cost United a whopping £80 million in 2019, making him the most expensive defender of all time. His price tag has probably got something to do with his poor performances, it must be said.

It will undoubtedly play on the mind of the player and it is something the media has happily battered him with. An English defender costing £80 million and joining Manchester United in the process is a recipe for disaster unless you are absolutely flawless for a long period of time.

Maguire has not been flawless. Far from it in fact. That may be down to himself, but United have been pretty s**t for a while now. They do seem to be turning a page under Erik ten Hag, who is a superb manager. Maguire is not featuring very often under the Dutchman, even as club captain.

Dropping the 29-year-old was the right decision, with Raphael Varane finally looking like a competent footballer next to Lisandro Martinez, who followed Ten Hag from Ajax in the summer.

Another aspect of Maguire’s time at Old Trafford that has not been ideal for him is the system he plays and has played in. He is not a quick player by any means and was signed having thrived for Hull City and Leicester City, who both play deeper than the Red Devils.

Furthermore, Maguire has been brilliant for England and was named in the Euro 2020 team of the tournament as his country reached the final of the competition. Under Three Lions boss Gareth Southgate, Maguire has played in a back-five, next to two other central defenders, which suits him perfectly as he is to put it frankly, slow.

The ESPN report claims that the United captain “needs pace around him”. This is true. However, when you pay £80 million for a player, you should not need to sign one or two more players to make sure he can play well.

United spent years trying to ‘unlock’ Paul Pogba after paying a world record fee to sign him, they didn’t have to put themselves in an identical situation again.

“Harry needs pace around him, but he hasn’t had that,” a source reportedly told ESPN. “If you put [Manchester City centre-half] Ruben Dias in the United defence and Harry in the City back-four, Dias would struggle and Harry would thrive.

“Harry hasn’t had a good 12 months, but he hasn’t been helped by those around him – coaches or players – so it’s inevitable that his confidence and form have suffered.”

‘Those around him’ apparently includes goalkeeper De Gea – who was arguably the club’s best player last season. Having said that, there are some glaring issues in the Spaniard’s game. For example, he isn’t very commanding, he is poor with the ball at his feet and gets beaten at his front post far too often.

He does love a camera save though; I’ll give him that. The report adds that Maguire believes De Gea is part of the season for the club’s shoddy defending in recent years. He is apparently ‘frustrated’ with his teammate’s ‘communication’ and ‘reluctance to defend further away from his goal-line’.

Having only played 90 minutes once since the matchday two defeat at Brentford, Maguire is now with his England teammates ahead of their Nations League games against Italy and Germany.

Southgate has a huge decision to make with the World Cup just around the corner. Does he start an out-of-form and out-of-favour defender against such strong opposition?

Knowing Southgate merely from the way England play, he will probably not make a drastic change to his favoured XI ahead of such a huge tournament. He is not short of options if he does drop Maguire, with Fikayo Tomori thriving at AC Milan and Eric Dier looking rejuvenated in Antonio Conte’s back-five at Tottenham.