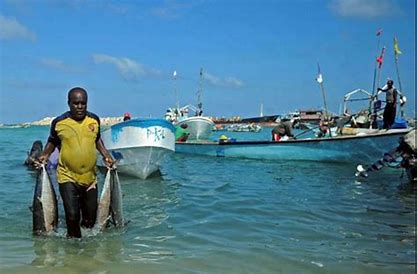 While the world is fixated on Somalia political dogfight, the relative decline in interclan quest for power and pressure from international maritime agencies has reduced piracy in the Indian Ocean off the East African nation’s coast. The positive development is feeding uncontrolled greed for its marine resources.

An Investigative report by the Global Initiative against Transnational Organised Crime (GI-TOC) says the Somali waters of the Indian Ocean have since 2012 witnessed a meteoric rise in illegal, unreported and unregulated (IUU) fishing practices.

The findings of the investigations are not entirely new. The direct and indirect foreign influence in the conflict should remain an area of interest in the Somalia pacification process.

The 40-year conflict in Horn of Africa nation is a boon to foreign fishing companies, which, with the toss of a bribe, get unrestricted access to the rich marine resources.

The report titled Fishy Business: Illegal Fishing in Somalia and the Capture of State Institutions delves into how the Indian Ocean waters off Somalia coast are a source of seafood for foreign markets in the Middles East, Europe and Asia. These rich waters are still largely untapped, hence foreign businesses are indifferent to the conflict in Somalia as long as they can sate their appetite for resources that are on a steep decline in overfished waters of countries of origin of the fishing companies.

“Following the steady decline in attacks by Somali pirates since 2012, foreign fishing fleets have gradually returned to Somali waters. Many of these vessels, particularly those originating in Iran, Yemen and South East Asia, routinely engage in IUU (illegal, unreported and unregulated) fishing practices,” it says.

The long-running civil war in Somalia that led to the ouster of dictator Siad Barre in 1991 has created a vacuum that foreigners gleefully exploit its marine resources as the locals slaughter one another for the control of the reins of political power.

“Somalia is in the midst of its fourth decade of civil war and is routinely categorised as a ‘failed state’. The country has balkanised into a series of semi-autonomous regional administrations loosely overseen by a federal government located in the capital of Mogadishu,” it says.

Consequently, it adds, “State institutions are extremely weak and corruption is widespread. Fishing licences and other permissions issued by one local Somali authority are often not recognised by another.”

Domestically, the prevalence of foreign IUU fishing vessels has been frequently cited as a justification for acts of piracy by Somalia-based gangs. Somali pirates have instrumentalised this perception, casting themselves as defenders of Somali waters against foreign exploiters.

“However, the reality is far more nuanced. Foreign IUU fishing operations are frequently facilitated by local Somali agents, often in cooperation with government or quasi-governmental actors, who for a fee provide fishing licences, flag registrations, falsified export documentation and even armed onboard security detachments,” GI-TOC found.

Months of investigations revealed further that private fishing operators vie for capture of state bodies in order to lend legitimacy to their IUU fishing operations. Decisions and authorisations issued by one state body are often countermanded by other agents of the state who are under the influence of a different set of private interests. IUU fishing in Somalia is in effect a public-private partnership in transnational crime.

The report presents three case studies of IUU fishing practices in Somalia, each illustrating a different facet of corruption within Somali state institutions.

It first examines the environmentally destructive impact of the hundreds of Iranian gillnetters operating in the waters off Puntland, a semi-autonomous region of north-eastern Somalia. While foreign vessel crews bribe their way to unrestricted access to the marine resources, it is not always without incident.

GI-TOC says the incursions are facilitated by a cabal of local Somali fishing agents with ties to the Puntland Ministry of Fisheries and Marine Resources, Iranian vessel owners have consistently obtained licences and armed local protection, despite the fact that the Puntland administration is not authorised to issue licences to foreign vessels.

With regard to corruption, the report provides the case of Marwan 1, a long-haul fishing trawler that once formed part of a notorious fleet of Thai IUU fishing vessels that was nicknamed ‘The Somali 7’ by investigative journalist Ian Urbina. The story of Marwan 1 shows how a Somali fishing agent based in Oman can organise to traffic a crew from Kenya, “but on arrival at their destinations it is subjected to forced labour, inhumane working conditions and human rights abuses aboard the Marwan 1.”

It further examines the case of the North East Fishing Company (NEFCO), a Somali fishing concern based in Puntland that has long enjoyed preferential treatment from local government officials.

“Beginning in late 2019, the company was able to engage directly with senior officials within the federal fisheries ministry – including the minister himself – to repeatedly issue irregular documentation to facilitate the company’s seafood exports to China,” GI-TOC report.

NEFCO company officers and officials in the fisheries ministry, including the minister, ultimately pursued a private initiative to sell Somali fishing rights through an entity they had jointly established, GI-TOC found.

In an effort to streamline the issuing of fishing licences and ensure the effective management of the country’s marine resource, Somalia’s federal government and the country’s regional administrations reached a provisional resource-sharing agreement with respect to the fisheries sector in Addis Ababa in March 2019.

Yet the continued issuing of ‘licences’ by illegitimate authorities, in particular the Puntland administration, has badly undermined the implementation of the deal.

The report warns that with the “Somali government’s limited ability to police the integrity of its Exclusive Economic Zone (EEZ) or issue credible fishing licences, IUU fishing is likely to remain an attractive option for foreign fishing fleets.”