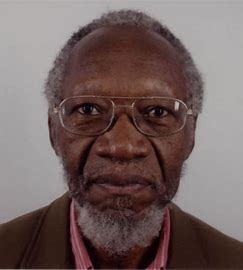 For those who do not my journalism journey, I will take you take you through it. The passing on of my hero – allow me to say ‘remote mentor’ – Hillary Ng’weno, compels me to make public what is buried in my heart: the worship of a professional I looked up to in my work.

To nearly all journalists in Kenya – indeed Africa – he is the standard bearer.

It all began at Kenya Times formerly Nairobi Time, before the broadsheet was acquired by then ruling party Kanu and changed into tabloid-size and given a new name. I worked in the circulation department as a clerk before the urge to write nudged me into news reporting.

My passion for going out and reporting events pushed me from newspaper distribution to writing simple articles and at times reports for Kenya Times through my grandfather who happened to be the deputy editor-in-chief at that time. This is the late David Henry Oketch Lumbasi.

With this background, my inclination and drift into journalism was inevitable: I was treading a path my grandfather had prepared for me. To me, he was a pathfinder!

Grandpa’s home library was full of newspapers and magazines. The Weekly Review stood out and as I grew older and wiser, I came to learn it was published and owned by Hillary Ng’weno. Until then, I had only imagined that newspapers were the stuff of white foreigners and Africans were just employees. This was an attitude liberator: no human is limited!

Here was a Kenyan who shared everything with me except the brain, publishing a newspaper that was as good as any in the world. This was at a time when literacy levels in the country were lower than today. A voice inside me kept urging me to become a “Newspaperman” or Mtu-wa-Magazeti as journalists are referred to in Kenya by the reading public.

My appetite for this news magazine went a notch higher when I moved to Nairobi from y rural home in Kakamega, western Kenya, to live with my grandfather in Zimmerman – on the outskirts of the capital Nairobi. The one month stay in Zimmermann opened my eyes further to the wonders of journalism. Hitherto, it looked like an esoteric sphere with gods that delivered the news we read in newspapers and heard on radio. Journalists then were demigods in whom the higher gods deposited news to relay to us, the mortals.

My grandpa’s library demystified all these. It helped me understand that journalists were just curious individuals with the ability to connect dots and make an interesting story about the happenings around them. They have bodies and blood.

The library was full of all types of literature. The library also had a section dedicated to The Weekly Review editions from mid-1970s.

The more I read The Weekly Review, the more I became even more curious about Hilary Ng’weno! Who is this person with such an elastic memory that accommodated everything that happened in the world? Up to the day he died on July 6, I did not have an answer to this question (if indeed it is one).

In Zimmermann, there was ample time to read and the environment was good. Instead of revising for my examinations, I buried myself in Hillary Ng’weno publications because I knew this was a golden opportunity to read them.

My curiosity grew when I learnt that the Hillary Ng’weno was a physicist who never set foot in any journalism class, despite excelling in the field. I learnt from my grandpa that Hillary Ng’weno was one of the only two African graduates of nuclear physics at the time. The other one was an Egyptian.

My grandfather used joke that had Hillary Ng’weno found a job in his field of specialisation, Kenyan journalism would be different today. I submit to this school of thought. The only help he would have given to the country would have been manufacturing bombs – maybe – to hunt down Al Shabaab militiamen in Somalia. Maybe!

This mysterious man studied in prestigious Harvard University in the US in 1960s, the days when even a primary school dropout would hog all the fame in the village as “learned” or “educated.”

The few times I met him in the company of my grandfather, he never showed any signs of extra-ordinariness. He was down to earth. He walked the streets of Nairobi freely. Yet his signature smile belied a steely mind and a humane heart that always pursued the truth.

I kept digging for his work even after his magazine folded in the 1990s. In my search for answers, I came to learn that he owned a television station under the Stellavision stable. We were only accustomed to Kenya Broadcasting (KBC) and diversity and variety meant nothing to us, the class of Hoof-Eaters. Newspapers gave us the real news and were the only thing we trusted. I cared less.

The Weekly Review was the bible I carried around. The other newspapers were just chapters or Books of this bible. I believed that if The Weekly Review did not report it, then it did not happen.

On the day the sun set on Hillary Ng’wenp, I couldn’t watch that “horror movie” that comes every 9pm – news! I turned off the TV and went to bed. I requested my wife, Mukhana Mumilonje to sum up the news for me the following morning.

The only news she brought me was – the reminder – that Hillary Ng’weno’s was no more.  This is barely a month after we bade his contemporary, Philip Ochieng, farewell. It is a reality I – nay, we – have to live with. I am who I am today because he was. Fare thee well Hillary Ng’weno.