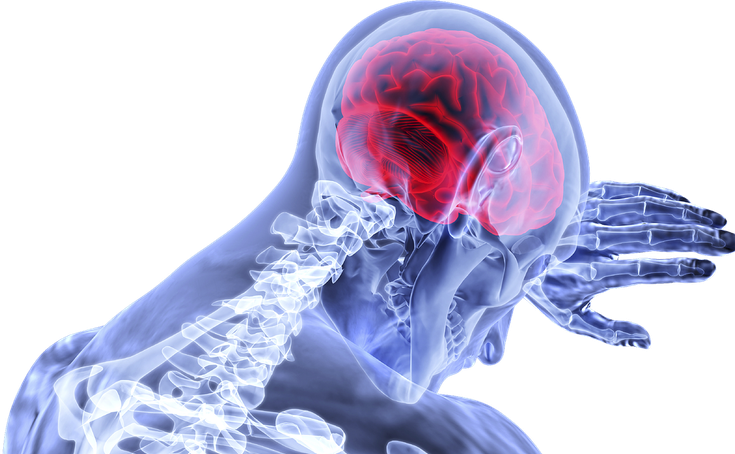 How Covid-19 damages the brain is becoming clearer. New evidence suggests that the coronavirus’s assault on the brain could be multipronged: it might attack certain brain cells directly, reduce blood flow to brain tissue or trigger production of immune molecules that can harm brain cells.

Infection with the coronavirus SARS-CoV-2 can cause memory loss, strokes and other effects on the brain. The question, says Serena Spudich, a neurologist at Yale University in New Haven, Connecticut, is: “Can we intervene early to address these abnormalities so that people don’t have long-term problems?”

With so many people affected – neurological symptoms appeared in 80 per cent of the people hospitalized with Covid-19 who were surveyed in one study – researchers hope that the growing evidence base will point the way to better treatments.

Early in the pandemic, researchers speculated that the virus might cause damage by somehow entering the brain and infecting neurons, the cells responsible for transmitting and processing information. But studies have since indicated that the virus has difficulty getting past the brain’s defence system – the blood-brain barrier – and that it doesn’t necessarily attack neurons in any significant way.

One way in which SARS-CoV-2 might be accessing the brain, experts say, is by passing through the olfactory mucosa, the lining of the nasal cavity, which borders the brain. The virus is often found in the nasal cavity – one reason that health-care workers test for Covid-19 by swabbing the nose.

Even so, “there’s not a tonne of virus in the brain,” says Spudich, who co-authored a review of autopsies and other evidence that was published online in April.

Studies now suggest that SARS-CoV-2 can infect astrocytes, a type of cell that’s abundant in the brain and has many functions. “Astrocytes do quite a lot that supports normal brain function,” including providing nutrients to neurons to keep them working, says Arnold Kriegstein, a neurologist at the University of California, San Francisco.

In a preprint posted in January, Kriegstein and his colleagues reported that SARS-CoV-2 preferentially infects astrocytes over other brain cells. The researchers exposed brain organoids – miniature brain-like structures grown from stem cells in the lab – to the virus. SARS-CoV-2 almost exclusively infected astrocytes over all other cells present.

Bolstering these lab studies, a group including Daniel Martins-de-Souza, head of proteomics at the University of Campinas in Brazil, reported6 in a February preprint that it had analysed brain samples from 26 people who died with Covid-19. In the five whose brain cells showed evidence of SARS-CoV-2 infection, 66 per cent of the affected cells were astrocytes.

Infected astrocytes could explain some of the neurological symptoms associated with Covid-19, especially fatigue, depression and ‘brain fog’, which includes confusion and forgetfulness, argues Kriegstein.

Astrocytes might be vulnerable even if they are not infected by the virus. A study published on June 21 compared the brains of eight deceased people who had Covid-19 with the brains of 14 controls. The researchers found no trace of SARS-CoV-2 in the brains of the infected people, but they did find that gene expression had been affected in some astrocytes, which were not working properly.

Given all these findings, researchers want to know how many brain cells need to be either infected or damaged to cause neurological symptoms, says Ricardo Costa, a physiologist at Louisiana State University Health in Shreveport whose team is studying SARS-CoV-2’s effects on brain cells.

Unfortunately, there probably isn’t a simple answer, says Kriegstein, pointing out that cells, including neurons, in some regions of the brain will cause more dysfunction than others, if damaged.

Evidence has also accumulated that SARS-CoV-2 can affect the brain by reducing blood flow to it –impairing neurons’ function and ultimately killing them.

Pericytes are cells found on small blood vessels called capillaries throughout the body – including in the brain. A February preprint reported that SARS-CoV-2 could infect pericyte-like cells in brain organoids8.

In April, David Attwell, a neuroscientist at University College London, and his colleagues published a preprint showing evidence that SARS-CoV-2 can affect pericytes’ behaviour. The researchers observed that, in slices of hamster brain, SARS-CoV-2 blocks the functioning of receptors on pericytes, causing capillaries in the tissue to constrict. “It turns out this is a big effect,” says Attwell.

It’s a “really cool” study, says Spudich. “It could be something that is determining some of the permanent injury we see – some of these small-vessel strokes.”

Attwell suggests that drugs used to treat high blood pressure, which involves blood-vessel restriction, might be useful in some cases of Covid-19. Two clinical trials are currently investigating the effect of the blood-pressure drug losartan to treat the disease.

There is also growing evidence that some neurological symptoms and damage are the result of the body’s own immune system overreacting and even misfiring after encountering the coronavirus.

In the past 15 years, it has become clear that in response to infection, some people’s immune systems inadvertently make ‘autoantibodies’ that attack their own tissue, says Harald Prüss, a neuroimmunologist at the German Centre for Neurodegenerative Diseases in Berlin. This can cause long-term conditions such as neuromyelitis optica in which people experience symptoms such as loss of vision and weakness in their limbs.

In a review published in May10, Prüss summarised evidence that these autoantibodies can pass through the blood–brain barrier, and contribute to neurological disorders ranging from memory impairment to psychosis.

This pathway might also operate in Covid-19. In a study published last year, Prüss and his colleagues isolated antibodies against SARS-CoV-2 from people, and found one that was able to protect hamsters from infection and lung damage. The aim was to create new treatments. But the researchers also found that some of the antibodies could bind to brain tissue, suggesting that they might damage it. “We’re currently trying to prove that clinically and experimentally,” says Prüss.

In a second paper, published online last December, a team including Prüss studied the blood and cerebrospinal fluid of 11 people critically ill with Covid-19, all of whom had neurological symptoms.

All produced autoantibodies capable of binding neurons. And there is evidence that giving patients intravenous immunoglobulin, another type of antibody, to suppress the harmful autoantibodies’ action is “quite successful”, says Prüss.

These pathways – astrocytes, pericytes and autoantibodies – are not mutually exclusive, and are probably not the only ones: it is likely that people with Covid-19 experience neurological symptoms for a range of reasons. Prüss says a key question is what proportion of cases is caused by each of the pathways. “That will determine treatment,” he says.