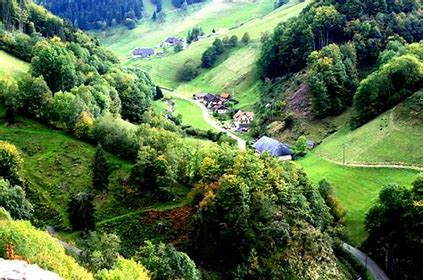 When humanity destroys its forests, it cries about ‘big loss’, then cuts down more

Environmental organisations and the civil society have turned the spotlight on lack of effective regulations against wanton destruction of forests, warning that humanity faces serious self-destruction.

Speaking at a virtual press conference ahead of the March 21 International Day of Forests 2021 and the UN Decade on Ecosystem Restoration 2021-2030, panellists drawn from organisations and civil society highlighted threats posed by global deforestation, weak regulation and the benefits of green urban infrastructure.

The Thursday (March 18) online press conference was convened by Cities4Forests with the support of Revolve, a communications company.

The panellists reiterated the importance of forest cover that is estimated to be 30 per cent of the world’s land area and provide people and nature with essential ecosystem services and goods.

Despite the obvious significance of forests, they explained, vegetation continues to be cut down at an alarming pace globally to feed rapidly growing consumption patterns.

A 2015 study published in the journal Nature revealed that 46 per cent of trees have been felled since humans started cutting down forests.

Roughly 80 per cent of this deforestation is linked to the expansion of agriculture, with land being cleared to make way for grazing animals and to grow crops, according to Nature.

Revolve founder Stuart Reigeluth explain, “Forests contain around 60,000 different tree species, 80 per cent of the world’s amphibian species, 75 per cent of bird species and over 60 per cent of mammal species. They help stabilise the climate, regulate ecosystems, protect biodiversity, support livelihoods, and provide hundreds of medical plants. Yet, we keep destroying them – and do not even call this destruction by its name. We tend to refer to it as a loss.”

The Revolve Group is a founding partner of Cities4Forests, a global initiative of nearly 70 cities working on the interdependence between forests and cities.

“As a communication group, our involvement and support for Cities4Forests focuses on outreach and stakeholder engagement. This is why we invited journalists to learn more about forests, become aware of their importance and destruction and the increasing need to address deforestation issues globally,” says Reigeluth. “We are very grateful to our panellists for having accepted our invitation to brief the media.”

Forests are only one major category of ecosystems that support life on earth. To address issues related to the destruction of and need to restore all categories of ecosystems – from farmlands to freshwaters to grasslands, shrublands and savannahs and others – the UN has declared the period 2021 to 2030 to be the “UN Decade on Ecosystem Restoration”. Cities4Forests is an official partner of the UN campaign.

The programme takes the lead in highlighting the importance of the Great Green Wall – an initiative launched by the African Union in 2007 to restore Africa’s degraded landscapes. The initiative also promotes sustainable land management and ecosystem restoration in Africa’s Sahel drylands.

“This initiative will transform the lives of over 250 million people in the Sahel, Sahara, Horn of Africa and other drylands”, observes Dr Elvis Paul N. Tangem, its coordinator at the African Union.

“Once complete, the Great Green Wall will be the largest living structure on the planet – 8,000 kilometres long and 17 kilometres wide – stretching across the entire continent.

The Great Green Wall is now being implemented in more than 21 countries across Africa and more than $100 billion has been mobilised and pledged for support.

The “UN Decade on Ecosystem Restoration” arms to prevent, halt and reverse the degradation of all ecosystems on every continent and in every ocean. It will officially be launched on June 5, 2021.

They also contribute to the achievement of nearly all Sustainable Development Goals (SDGs). However, they continue to be destroyed at alarming rates.