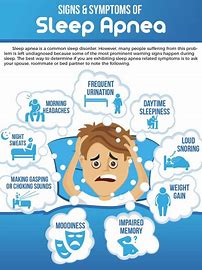 What’s the colour of sleep? How the genetic code determines area and resting time

Remember the line from that old folk song?

If living were a thing that money could buy

You know the rich would live and the poor would die.

Sadly, there’s little “if” about it. On average, the poor live less healthy lives and are more than three times as likely to die prematurely as the rich. That’s true for many well-documented reasons, including less healthy diets with too much processed food, polluted neighborhoods and a lot more toxic stress.

In recent years, however, researchers have added one more factor to this mix: It turns out that the poor, as well as socially disadvantaged racial minorities, sleep much less well on average than the rich, which can take a major toll on their physical and mental health.

“We used to think that sleep problems were limited to Type A professionals, and they certainly aren’t immune, but low-income individuals and racial minorities are actually at greatest risk,” says Wendy Troxel, a senior behavioural and social scientist at the RAND Corporation, who co-authored an analysis of socioeconomic disparities in sleep and health in the 2020 Annual Review of Public Health.

Inadequate sleep among low-income adults and racial minorities contributes to higher rates of illnesses, including cardiovascular disease and dementia, both of which are more common among these groups, Troxel and her co-authors point out. One study they cite attributes more than half of the differences in health outcomes between whites and Blacks, for example, to differences in quantity or quality of sleep. You might think of this as the great sleep divide.

Poor sleep has become such a widespread complaint that US scientists have been sounding alarms for years about an epidemic of unrest among Americans. More than one in three US adults sleeps less than seven hours a night, the minimum recommended by the American Academy of Sleep Medicine. About seven out of 10 high school students fail to get the eight to 10 hours a night recommended for their age group.

And each year, one in four Americans suffers from insomnia, while up to seven per cent of men have obstructive sleep apnea severe enough to leave them sleepy during the day. (For many, sleep issues such as insomnia were worsened by the pandemic, with one meta-study reporting that nearly 40 per cent of people reported sleep problems during the first half of 2020.)

It’s still commonly assumed that poor sleep is a symptom rather than a cause of other medical or mental problems, according to Troxel. Yet today we know poor sleep can also cause illness. People with sleep apnea suffer more cardiovascular disease and stroke, as well as increased inflammation, which may contribute to illnesses including heart disease, cancer and arthritis.

For teenagers, one study has shown, each hour of lost sleep comes with a 23 per cent increase in the risk of tobacco, alcohol or marijuana use and a 58 per cent increase in suicide attempts. Insufficient sleep may even make people more vulnerable to viruses and less likely to benefit from a vaccine.

A Black man with sleep apnea using a CPAP machine to help him breathe as he sleeps.

Black Americans have markedly higher rates of sleep apnea, at least partly because they are more likely to be overweight or obese. Without special devices, like this CPAP machine, to help them breathe, sleep apnea sufferers can wake dozens of times per night, leading to daytime sleepiness and other health issues.

But here’s where the great sleep divide comes in. Over the years, researchers repeatedly have found evidence that people in poverty get less sleep than those with more money. In 2013, for instance, a large CDC survey found that 35.2 per cent of people earning below the poverty level reported sleeping less than six hours in an average 24-hour period, compared with 27.7 per cent of those earning more than four times the poverty level.

The disparities are even sharper among racial groups. A rigorous 2015 study involving both lab tests and self-reports from more than 2,000 US participants found that, compared with whites matched for age and sex, Blacks were five times as likely to sleep for shorter periods. Hispanics and Chinese Americans were roughly two times as likely to get fewer hours of sleep than whites.

Several economic, social and physical factors contribute to these differences and their related harm to health, school performance and productivity.

Merely living in low-income neighbourhoods is a risk factor for poor sleep, for a slew of reasons that include more light and noise pollution and less access to green spaces. “It’s said that your zip code matters as much as your genetic code,” says Troxel, who has gathered evidence demonstrating that where people live affects their health.