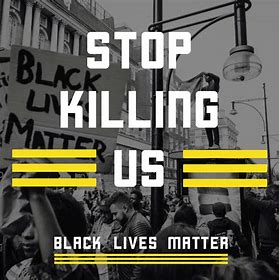 In the wake of global protests against anti-Black racism last year, a movement emerged to celebrate Black scientists and fight systemic oppression in academia. Researchers in fields across science, technology, engineering and mathematics (STEM) worldwide, but especially in the United States, rallied around social-media hashtags and attended online community events.

A year later, they are celebrating all that they have accomplished with the movement now known collectively as Black in X, but also highlight the challenges they still face in fighting racism in science, including the need for more institutional support and funding.

“2020 did a number on all of us,” says Carlotta Berry, who co-founded both Black In Engineering and Black In Robotics. “I want us to come together and look at each other and say, ‘Look what we did!’”

Berry and other movement leaders will do that during this week’s virtual Black in X conference, organised by a network of more than 80 groups, including Black In Geoscience and Black In Neuro. Its organisers hope the event, which began on June 29, will increase representation of Black scientists and provide opportunities for participants to network. They also want to draw renewed focus to the need for anti-racist policies at research institutions.

“The reason why we’re here [organizing these events] is not because the system that we work in supports us,” says Tyrone Grandison, an information-technology specialist and founder of the non-profit Data-Driven Institute in Seattle, Washington, who is a leader of both Black In Computing and Black In Engineering. “The system is systematically racist, and people have been ignoring it for way too long.”

The first hashtag connected with the Black In X movement was #BlackBirdersWeek, which emerged last May to celebrate Black nature enthusiasts and highlight the challenges they face, after a white woman called the police on birdwatcher Christian Cooper in a racial-profiling incident in New York City’s Central Park.

But in the wake of the murder of George Floyd in Minneapolis, Minnesota, the same month, more hashtags launched, including #BlackInTheIvory on Twitter, which Black academics used to share their lived experiences of discrimination in academia. Over time, many of the campaigns moved beyond social media, transforming into organisations that plan events such as networking and professional-development workshops.

It wasn’t a new idea, organisers tell Nature. “We’ve always been here,” says Quincy Brown, a computer scientist in Washington DC and head of programmes at AnitaB.org, a non-profit organisation that supports women in technology fields. Black scientists have been fighting for recognition for decades, and she points out that the Black In X movement’s social media advocacy stands on the shoulders of campaigns including #BLACKandSTEM, founded in 2014, and #VanguardSTEM, founded in 2015, which are still active today. But the deluge of events in mid-2020 galvanised efforts like never before.

One thing that stands out to leaders a year later is how popular the Black In X organisations have become. When launching them, “we were almost a little blindsided by the amount of people who wanted to connect with us”, says Berry, a computer and electrical engineer at Rose-Hulman Institute of Technology in Terre Haute, Indiana. Berry says that soon after she and her colleagues launched #BlackInEngineering in June 2020, Black researchers interested in organising their own Black In X events began coming to her and other campaign leaders asking for advice and guidance.

As leaders came together to share knowledge – and as the media began discussing the movement as a whole – Berry and others realised that there was an opportunity to form a larger network to collectively confront anti-Black racism in their workplaces.

Similar to earlier groups, today’s Black In X organisations help Black scientists to feel connected with others, even if they are the only Black person in their university’s science department, says Grandison. Virtual events also provide opportunities for participants to geek out over their research with other scientists, organisers say.

“We’re creating space for us to show off and highlight what we do in our technical discipline,” says Brown, who is a leader of Black In Computing and Black In Robotics . “A lot of times, people want to look at us with a DEI [diversity, equity and inclusion] lens, and not as scientists, not as engineers, not as experts in our field.”

Black In X leaders tell Nature that they are proud of how their collective efforts have helped to amplify the voices of Black scientists, but there is still much work to be done to dismantle oppression in science – work that requires direct action by institutions. “The onus is not on us to fix racism in the academy,” says Samantha Theresa Mensah, a materials chemist at the University of California, Los Angeles, and co-founder of #BlackInChem.

On June 10 last year, thousands of researchers worldwide shut down their laboratories to plan actions they and their institutions could take against systemic racism, under the banners #ShutDownSTEM and #Strike4BlackLives. Universities, professional societies, academic publishers and journals, including Nature, issued statements condemning racism in their organisations and promising to take concrete steps to implement anti-racist policies.

A year later, although many organisers feel that they have support from their colleagues, “it hasn’t gone beyond statements” at the institutional level, says Grandison.

In an editorial in May, Nature reported on initial steps it had taken in the year after its #ShutDownSTEM commitment and acknowledged there is far more to be done.

Shirley Malcom, director of STEM Equity Achievement (SEA) Change at the American Association for the Advancement of Science in Washington DC, agrees with Black In X leaders that institutions are dragging their feet. Malcom works to transform institutional support for historically marginalised scientists, especially at colleges and universities. After four decades promoting DEI in STEM, “I’ve remained impatient,” she says, “but I’m also mindful of the fact that change takes time.”

Even knowing that the pace of change is frustratingly slow, Malcom is heartened by the progress these movements have already made: “We have to celebrate every win, every milestone.”

To keep making progress, Black In X leaders told Nature, they need financial support. “The more impact we can make, the more we can normalise, amplify and promote Black STEM. And to do that, we need more eyes on us and more resources,” says Berry, who is working to establish non-profit status for Black In Engineering.

Funding would also help leaders to compensate organisers who volunteer their time to keep the movement going. “This culture of volunteerism takes people away from their studies or from their area of disciplinary expertise,” says Brown.

Organisers also emphasise that non-Black allies, especially those in positions of power, need to step up to lighten the burden for the Black scientists who are the target of systemic racism. Many member organisations of the Black In X Network list actions on their websites that allies can take.

“Racism is a white-people problem that affects Black people,” says Grandison. “For us to even have the slimmest chance of actually fixing the current system, it has to be done with the people that [control] the levers, which are not Black people at this point.”

Leaders and participants will discuss these issues and more at the conference this week, which will include virtual networking spaces, a poster session and keynote addresses. The event took root after Zemen Berhe, a photochemist at the University of Massachusetts Dartmouth and a founder of Black In Swimming, tweeted that the various Black In X movements should have a “homecoming” at which they celebrate their identity. Berhe hopes that the conference, and the success of the movement, will inspire a new generation of Black scientists simply by demonstrating that “we are here, and we are here to stay”.

Heatwaves in US and Canada: You warm up the planet, you increase incidence of heat extremes