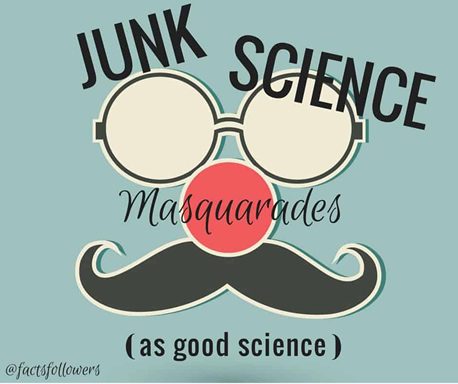 In 2013, Science reported on a market for authorships on research papers in China. In 2017, China’s Ministry of Science and Technology said it would crack down on misconduct after a scandal in which 107 papers were retracted at the journal Tumor Biology.

The peer reviews of the papers had been fabricated and a Ministry of Science and Technology investigation concluded that some had been produced by third-party companies.

Physicians in China are a particular target market because they typically need to publish research articles to gain promotions, but are so busy at hospitals that they might not have time to do the science, says Xiaotian Chen, a librarian at Bradley University in Peoria, Illinois.

Last August, the Beijing municipal health authority published a policy stipulating that an attending physician wanting to be promoted to deputy chief physician must have at least two first-author papers published in professional journals.

Three first-author papers are required to become a chief physician. These titles affect a physician’s salary and authority, as well as the surgeries they are allowed to perform, says Changqing Li, a former senior physician and gastroenterology researcher at a Chinese hospital who now lives in the United States.

“The effect is devastating,” says Li, about the impacts on Chinese science. “The literature environment published in Chinese is already ruined since hardly anyone believes them or references studies from them.”

“Now this plague has eroded into the international medical journals,” he adds. The fact that people use paper mills also affects China’s reputation globally, says Futao Huang, a Chinese researcher working at Hiroshima University in Japan.

The prevalence of problem papers is leading some journal editors to doubt the submissions they get from Chinese hospital researchers.

“The increasing volume of this ‘junk science’ is wreaking havoc on the credibility of the research emanating out of China and increasingly casting doubt upon legitimate science from the region,” said a February 2021 editorial in the journal Molecular Therapy.

Several other editors echo these concerns about the impact of paper mills. “They are undermining our confidence in the other manuscripts received from Chinese groups,” says Frank Redegeld, editor-in-chief of the European Journal of Pharmacology, published by Elsevier.

China’s science and education ministries have taken steps to curb problematic publication incentives. They published a notice last February telling research institutions – including hospitals – not to promote or recruit researchers solely on the basis of the numbers of papers they publish and also told them to stop paying cash bonuses for papers.

And in August, China announced the introduction of measures to crack down on research misconduct, including attempts to curb independent contractors who fabricate data on others’ behalf.

Some Chinese researchers think these measures are beginning to work. Li Tang, who researches science policy at Fudan University in Shanghai, China, is hopeful that submissions from paper mills in China will fall in the future, although she notes that the issue isn’t confined to Chinese research.

Frank Redegeld, editor-in-chief of the European Journal of Pharmacology published by Elsevier, says he hasn’t yet seen a decrease in the number of suspected paper-mill manuscripts his journal receives, which he estimates to be around 15 a month.

Image-integrity sleuths and journal editors have identified a range of features in manuscripts that could be fingerprints of a paper mill.

“We’re wondering how we protect ourselves from publishing this stuff,” says Jana Christopher, an image-integrity analyst at the publisher FEBS Press in Heidelberg, Germany, who screens incoming manuscripts for a number of journals and helped the RSC with its investigation.

Potential signs of trouble include papers from different authors at different institutions sharing similar features: western blots with identical-looking backgrounds and suspiciously smooth outlines, titles that seem to be variations on a theme, bar charts with identical layouts that supposedly represent different experiments or identical plots of flow cytometry analyses, which are used in studying cells.

It seems that these manuscripts are produced from common templates, with words and images slightly tweaked to make the papers look a little different.

A particular problem is biomedical articles that claim to investigate understudied genetic regions that might be involved in cancers. Jennifer Byrne, a molecular oncology researcher at the University of Sydney, Australia, specialises in exposing flawed papers of this type, by spotting that their experimental details sometimes list incorrect nucleotide sequences or reagents, so that the experiments described cannot have taken place.

Many of these papers are probably doctored simply by switching around the type of cancer or the genes involved in the study, says Byrne, although it’s hard to prove they’re from paper mills. “This problem of incorrect nucleotide sequences in the literature is rampant,” she says.

At last September’s COPE forum, Bik rattled off other red flags for editors to watch out for, including papers from Chinese hospitals and manuscripts with e-mail addresses that don’t seem to be linked to any of the author names.

“Individually, these factors may not be problematic, but taken together they raise concerns and could be part of a pattern,” she said. Editors at the forum also noted that a manuscript-processing system, ScholarOne, can flag up unusual activity when it picks up on submissions from the same computer. A ScholarOne alert was also instrumental in the RSC’s investigation.

In February, Naunyn-Schmiedeberg’s Archives of Pharmacology said it had been affected by paper mills. The journal published an editorial listing important features of paper-mill articles. These included non-academic e-mail addresses (which happen to be common with Chinese scientists), authors’ inability to supply raw data when asked and poor English. The journal is retracting 10 studies and it reports that around five per cent of all its submissions are from paper mills.

Publishers and others battling paper mills suspect they are only seeing the tip of the iceberg in the published literature. In part, that’s because similarities between images across studies might become obvious only when many papers are compared. Sleuths also know that features such as similar western blots and flawed nucleotide sequences might be the most obvious signs of paper-mill activity, says Bik.

“There may be tonnes of other paper mills that have done a better job of hiding it,” she says. Editors at the COPE forum said they’d seen paper mills in areas such as computer sciences, engineering, humanities and social sciences, for instance.

The overall size of the paper-mill problem probably runs to thousands or tens of thousands of papers, Bik, Byrne and others think. Graf, at Wiley, says it’s hard to estimate. “I don’t think it should be understated, I can’t say how big it is,” he says. “We have very little information about the people or companies doing this. I am exasperated by the situation and that is being polite.”

“It’s detrimental to science as a whole because it makes science and scientists look unreliable,” says Christopher. Byrne has identified a different concern: she worries that by simply appearing in journals, fake studies that link genes to particular cancers can give the perception of activity in an area where there is none, and might be included in meta-analyses.

“People die from cancer – it is not a game. It is important that the literature describes the work that takes place,” she adds.