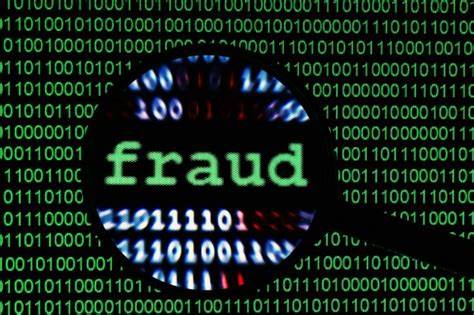 Journal editors know that if they reject manuscripts they suspect to be fabricated, that might not kill the paper forever. Fraudulent manuscripts can be submitted to multiple journals at the same time: so even if an editor rejects it during peer review, they might see it published elsewhere.

This has happened to Jana Christopher, who three years ago saw alarming similarities in a cluster of 13 research manuscripts submitted to two journals published by FEBS Press, where she worked. Their western blots seemed to be not only fabricated, but also similar, as if they’d been created by tweaking a template.

Christopher is an image-integrity analyst at the publisher FEBS Press in Heidelberg, Germany, who screens incoming manuscripts for a number of journals and helped the Royal Society of Chemistry (RSC) with its investigation

The journals rejected the manuscripts on her advice. Christopher published a 2018 paper warning of “systematic fabrication of scientific images” and urged journals to invest in pre-publication image screening. She also noted that she’d seen some papers appear in other journals.

Christopher told Nature that she tried to privately raise the alarm about the papers. In 2018, for instance, she and FEBS Letters’ managing editor advised the journal Cellular Physiology and Biochemistry that a paper it had published that year was probably fabricated; it had been simultaneously submitted to FEBS Letters, which had rejected it.

But the journal’s publisher at the time, Karger in Basel, Switzerland, did not hear of any problem until 2020, when the paper was flagged up again in Bik and others’ ‘tadpole paper mill’ collection, along with other papers in the journal.

Karger is now investigating all these papers together with the journal’s current publisher, says Christna Chap, Karger’s head of editorial development.

This year, Christopher again looked into the 13 manuscripts that had been submitted to her journals. She found they had all been published in other journals; so far, only three have been retracted and one has an expression of concern.

Many journals have changed their editorial-review processes to try to combat organised fraud. Some Elsevier journals, for instance, have changed their scope to avoid subject areas that seem to be a particular focus of paper mills, the publisher says.

And several publishers say many of their journals have updated their policies to require that authors present the raw data behind their western blots at the time of submission.

Asking for raw data is one of the main ways that publishers tell editors to follow up when they think there might be something wrong with a manuscript. But editors are aware that even raw data can be faked, especially if paper-mill firms catch on that such requests are being made.

“Asking for raw data is not an absolute guarantee, as you can fake the data. It is a deterrent,” says Sabina Alam, director of publishing integrity and ethics at Taylor and Francis. One of its journals, Artificial Cells, Nanomedicine and Biotechnology is investigating almost 100 published papers alleged to be from paper mills.

Alam also says that once they started investigations, some authors quickly asked to withdraw their papers. Some sent raw data in unreadable formats or without labels. In all these cases, journal editors say they’re not sure whether it’s correct to withdraw such articles, or to do something else – and are hoping for guidance on this from COPE.

Bik has pointed out that some journals have already allowed authors to withdraw papers without stating the reason for retraction. COPE says it will update its existing guidance on how journals should deal with systematic manipulation of the publication process and is also creating a task force of editors from its membership to determine how the organisation can provide better support on the issue.

Publishers say that they are limited in what they can do to share information between journals because even titles within the same stable are editorially independent of one another. They are wary of sharing information between titles or publishers about an author that could be defamatory and data-protection rules hinder the sharing of authors’ personal data.

Once fraudsters know they can get a paper into a particular title, they might continue to publish there, which could be why some journals seem to be more affected than others. One journal, the European Review for Medical and Pharmacological Sciences, has retracted 186 articles since January 2020, most of them flagged by Bik and Smut Clyde. “We were shocked by these investigations,” says one of its editors-in-chief Antonio Gasbarrini.

Many journals are starting to employ analysts to try to spot problems in manuscripts as they come in. Graf, for instance, says that last year Wiley employed and trained 11 people to try to spot manipulated images across 24 journals – focusing on the papers most likely to be published. It hopes to expand the programme to more titles.

Publishers would like to automate some of this screening process. Many have teamed up with research groups to develop software that could detect duplicated images across published papers, and, last May, an industry group formed to try to set standards for these checks.

Software is improving but is not yet capable of looking through many papers on a massive scale, says IJsbrand Jan Aalbersberg, the head of research integrity at Elsevier, who chairs the group.

To do this would also require a giant shared database of images that publishers could check for duplication between papers. That will come when software can handle it, Aalbersberg predicts.

Suzanne Farley, Springer Nature’s research-integrity director, based in London, says she thinks that there will be a fall in the proportion of paper-mill submissions.

“The paper mills are aware that publishers are getting better at detecting their submissions and potential paper-mill customers are aware that there are now more serious consequences of using the services,” she says.

In the meantime, Farley says, there will be more retractions and expressions of concern. “We are committed to cleaning house,” she says.

But Christopher worries that an arms race could develop if fraudsters get better at avoiding obvious mistakes. One preprint posted to bioRxiv last year, for instance, suggested that artificial intelligence techniques could generate fake western blots that were indistinguishable from real ones. “I’m really worried about the sophistication going up,” she says.