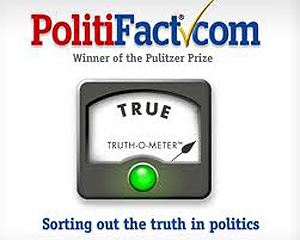 The growth of fact checking in Africa has established one cardinal fact: sources and spreaders of fake news are routinely opinion shapers. At government level, they are in the executive, the judiciary, the legislature or security formations.

Beyond the government, the business community, keen to have advantage over rivals, spreads the most pernicious information to undermine competitors, fact-checking has established. Other fields such as medicine, education and agriculture have their fair share of fake news too. There are other sections of society where fake news is the order of the day.

Against this backdrop, the Africa Centre of Security and Strategic Studies (ACSSS) has opted to disseminate its findings widely and for free through their web-based platforms, as well as social and traditional media.

This methodology is preferred by other fact-checking organisations in Africa. Some have also developed their own variations, guided by the International Fact-Checking Network.

Those who profit from spreading rumours and inciting the public present their misleading information as fact. They usually occupy influential positions in society, giving them the power to shape opinion. Good fact checking entails focusing on claims which, if left unchecked, have the potential to cause serious harm.

As witnessed in Kenya, recent controversial elections in Tanzania Uganda, the Democratic Republic of Congo, Congo Republic, the civil strife in South Sudan, Ethiopia and the frequent militia attacks in Nigeria, fake news is the currency with which both state and non-state actors execute their agenda.

The cardinal principle of fact-checking is holding the persons spreading these claims responsible. Fact checkers now apply eight ratings to each claim ranging from correct to incorrect, allowing us to hold each source accountable for what they said because these ratings go on the record and are publicly accessible.

Originators and perpetrators of fake news fear having “false” or “misleading” stamp next to your name and claim as it comes with a reputational cost.

Platforms like WhatsApp and Telegram are awash with fake stories, but they are more challenging to fact-check because their end-to-end encryption makes it difficult to determine their source. Sourcing is key to what we do.

Fact-checker’s biggest problem is bringing our work to scale, given the sheer amount of disinformation out there. The abuse of information platforms across the continent and the world has become so widespread and we worry that we are not tracking the worst of what is being disseminated.

Attempts to misuse information are amplified by the online environment where everything happens in real time. The flood of information available on the internet means that consumers can move from one set of rumours and lies to the next, with little time for us to ascertain the truth.

To help build Africa’s fact-checking capability, Africa Check has supported other emerging fact-checking organisations, including nurturing a new 13-member network that provides greater regional reach across Africa. Lack of funding is a major issue that hampers our ability to expand.

Put simply, if fact-checkers had enough funds, they would hire more fact-checkers and experts. This would help them process more stories and serve the public better.

Another concern is the quality of some of the data they must work with, they say. One arena where speculation, disinformation and fake news is growing is national security. These stories are difficult to examine because freedom of information laws usually go ignored or are only partially addressed. Once an untruth takes root, it is difficult to convince people who believe it otherwise.

Extending the services to communities that don’t have access to information is another challenge. Poor people with limited access to corroborate information are among the most vulnerable to disinformation and fake news, something we see time and again, especially during elections.

Fact-checkers fear they can easily be manipulated because they have no alternative means to access correct information or debunk untruths.

It adds, “Trust-building is key. It requires having respect for the audience, applying the highest ethical standards and investigating stories in an unbiased manner. Networking is also critical, as no single fact-checking organization can do it all on its own. International cooperation is a new and exciting front for us.”

Africa’s fact-checking community won a grant from Google to investigate how artificial intelligence can be tapped to make fact checking easier, faster and better. Such automation would revolutionise and popularize our work and bring it to scale, but we are still developing it.

We are also part of a pilot project to automate fact-checking on WhatsApp, which, as mentioned, is a tough nut to crack. As part of this effort, Africa Check launched a new and popular app called What’s Crap that crowdsources false information from South African WhatsApp networks and sends back the verified information as a voice note. Once refined, this app will be made available to other fact-checkers and WhatsApp communities in Africa.

Having regional hubs is also emerging as a best practice, as these hubs can more closely track and corroborate stories. Africa Check regional offices try to stay with each story from beginning to end, engaging our audiences throughout to keep them focused and alert. These hubs are also giving audiences the tools to understand disinformation and protect themselves. They are all public, free and accessible on our website.

Consumers can also investigate a wide variety of resources and easy-to-use tools that other fact-checkers have developed to help make the public more informed and better equipped to fact check their own stories. The tools are web-based and freely available to the public.