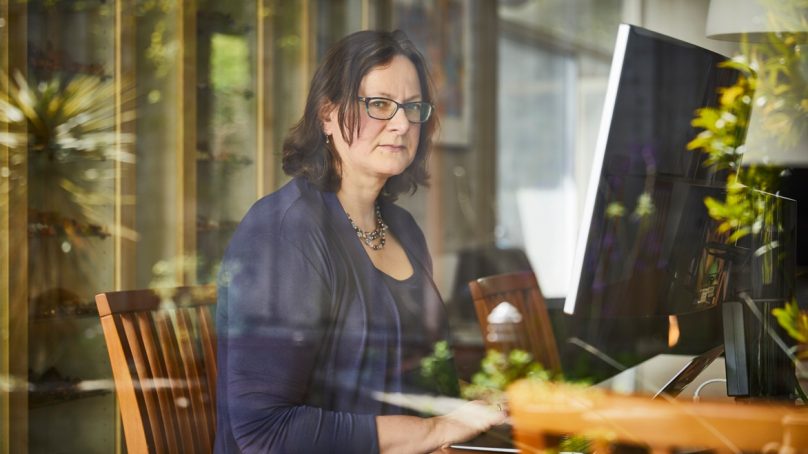 When Laura Fisher noticed striking similarities between research papers submitted to RSC Advances, she grew suspicious. None of the papers had authors or institutions in common, but their charts and titles looked alarmingly similar, says Fisher, the executive editor at the journal. “I was determined to try to get to the bottom of what was going on.”

A year later, in January 2021, Fisher retracted 68 papers from the journal and editors at two other Royal Society of Chemistry (RSC) titles retracted one each over similar suspicions; 15 are still under investigation.

Fisher had found what seemed to be the products of paper mills: companies that churn out fake scientific manuscripts to order. All the papers came from authors at Chinese hospitals. The journals’ publisher, the RSC in London, announced in a statement that it had been the victim of what it believed to be “the systemic production of falsified research.”

What was surprising about this was not the paper-mill activity itself: research-integrity sleuths have repeatedly warned that some scientists buy papers from third-party firms to help their careers. Rather, it was extraordinary that a publisher had publicly announced something that journals generally keep quiet about. “We believe that it is a paper mill, so we want to be open and transparent,” Fisher says.

The RSC wasn’t alone, its statement added: “We are one of a number of publishers to have been affected by such activity.” Since last January, journals have retracted at least 370 papers that have been publicly linked to paper mills, an analysis by Nature has found, and many more retractions are expected to follow.

Much of this literature cleaning has come about because, last year, outside sleuths publicly flagged papers that they think came from paper mills owing to their suspiciously similar features. Collectively, the lists of flagged papers total more than 1,000 studies, the analysis shows.

Editors are so concerned by the issue that last September, the Committee on Publication Ethics (Cope), a publisher-advisory body in London, held a forum dedicated to discussing “systematic manipulation of the publishing process via paper mills.”

Their guest speaker was Elisabeth Bik, a research-integrity analyst in California known for her skill in spotting duplicated images in papers and one of the sleuths who posts their concerns about paper mills online.

Bik thinks there are thousands more of these papers in the literature. The RSC’s announcement is significant for its openness, she says. “It is pretty embarrassing that so many papers are fake. Kudos to them to admit that they have been fooled.”

At some journals that have had a spate of apparent paper-mill submissions, editors have now revamped their review processes, aiming not to be fooled again. Combating industrialised cheating requires stricter review: telling editors to ask for raw data, for instance and hiring people specifically to check images. Science publishing needs a “concerted, coordinated effort to stamp out falsified research”, the RSC said.

In January 2020, Bik and other image detectives who work under pseudonyms – Smut Clyde, Morty and Tiger BB8 – posted on a blog run by science journalist Leonid Schneider a list of more than 400 published papers they said probably came from a paper mill. Bik dubbed it the ‘tadpole’ paper mill, because of the shapes that appeared in the papers’ western blot analyses, a type of test used to detect proteins in biological samples.

A spate of media headlines followed. Throughout the year, the sleuths (not always working together) posted spreadsheets of other suspect papers – picking up on similar features across multiple studies. By March 2021, they had collectively listed more than 1,300 articles, by Nature’s tally, as possibly coming from paper mills.

Journals started to look at the papers. According to Nature’s analysis, around 26 per cent of the articles that the sleuths alleged came from paper mills have so far been retracted or labelled with expressions of concern. Many others are still under investigation. The Journal of Cellular Biochemistry (JCB), for instance, announced in February that, last year, editors investigated and retracted 23 of 137 papers alleged to contain image manipulation.

Journals did not identify problems with all of the papers that had been flagged. Chris Graf, director of research integrity at Wiley, which publishes JCB, said in January that the publisher had completed investigations into 73 papers identified by Bik and others and had found no reason to act on 11 of them. Seven others required corrections and 55 have been retracted or will be retracted.

Publishers almost never explicitly declare on retraction notices that a particular study is fraudulent or was created by a company to order, because it is difficult to prove. None of the RSC’s retraction notices, for instance, mentions a paper mill – despite the RSC’s announcement that it thinks the articles did come from one.

But Nature has tallied 370 articles retracted since January 2020, all from authors at Chinese hospitals, that either publishers or independent sleuths have alleged to come from paper mills. Most were published in the past three years. Publishers have added expressions of concern to another 45 such articles.

Nature has identified a further 197 retractions of papers from authors at Chinese hospitals since the start of last year. These are not ones that have made it onto lists of potential publication-mill products, although some were flagged by sleuths for image concerns, often on the post-publication peer-review website PubPeer.

The problem of organised fraud in publishing is not new and not confined to China, notes Catriona Fennell, who heads publishing services at the world’s largest scientific publisher, Elsevier. “We’ve seen evidence of industrialised cheating from several other countries, including Iran and Russia,” she told Nature last year. Others have also reported on Iranian and Russian paper-mill activities.

In a statement this year to Nature, Elsevier said that its journal editors detect and prevent the publication of thousands of probable paper-mill submissions each year, although some do get through.

China has long been known to have a problem with firms selling papers to researchers, says Xiaotian Chen, a librarian at Bradley University in Peoria, Illinois. As far back as 2010, a team led by Shen Yang, a management-studies researcher then at Wuhan University in China, warned of websites offering to ghost-write papers on fictional research or to bypass peer-review systems for payment.

Internet users in South Africa, Kenya and Nigeria hit by malware in their devices