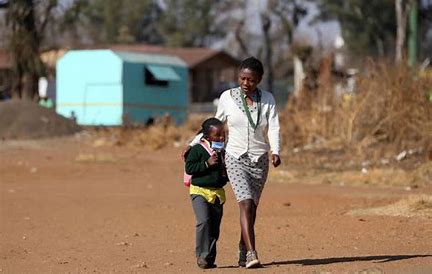 Vaccinating adults has double benefit of protecting children against Covid

Unvaccinated children seem to be reaping the benefits of mass Covid-19 vaccination programmes in many parts of the world. Infections in children have fallen as adults get their shots. But experts disagree on whether this means that unvaccinated children are unlikely to become a ‘reservoir’ for infection – and a potential hotbed for the emergence of new variants.

The answer affects whether children in wealthy countries should be prioritised for vaccination – or whether their doses should go to poorer nations instead.

Compelling data on the impact of adult vaccination on children comes from the small town of Serrana in the Brazilian state of São Paulo, where 98 per cent of adults have been vaccinated. The town was the site of a unique experiment – dubbed Project S – to measure the real-world effectiveness of CoronaVac, developed by the pharmaceutical company Sinovac, based in Beijing.

Compared with other vaccines, Sinovac had been less successful at preventing symptomatic infections in some previous clinical trials, with efficacy rates as low as 50 per cent.

But last week, researchers at the Butantan Institute in São Paulo city detailed in a press conference a striking reduction in Covid-19 cases and deaths: symptomatic cases dropped by 80 per cent and deaths by 95 per cent.

Only 62 per cent of Serrana’s 45,000 residents are adults, yet a similar drop in symptomatic infections occurred in unvaccinated children, according to Ricardo Palacios, the epidemiologist who led the study.

“This was one of our concerns – that if you vaccinate all the others, probably the disease will concentrate in the children and teenagers,” he says. “But we didn’t see that.”

Similar scenarios have played out in countries with high vaccination rates, such as Israel and the United States. In the latter, cases in children (generally those under the age of 18) fell by 84 per cent between January and May. Just over half of the US population – predominantly adults – has received at least one vaccine dose.

“It just makes sense,” says Monica Gandhi, an infectious-diseases physician at the University of California, San Francisco. Vaccinating adults protects others who are unvaccinated. “That is really what herd immunity means,” she says.

Gandhi also points to evidence that children are less likely than adults to transmit the virus – another reason why they might not act as effective reservoirs for infection1. The way in which the virus affects children is “just different”, she says, probably because children’s airways have fewer of the receptors that SARS-CoV-2 uses to gain entry into cells.

This suggests that children are most often infected by adults, says Eric Haas, a paediatric infectious-diseases physician and epidemiologist at the Israel Ministry of Health in Jerusalem. “Otherwise, you would expect that if children go back to school, they would just infect each other en masse.”

Children wearing masks sit on the floor of their classroom in a school in Jerusalem, Israel.

But not everyone reads the data that way. Julian Tang, a virologist at the University of Leicester, UK, says that the speed of the vaccination rollout in Israel might have contributed to it stamping out infections across all age groups.

“By the time they finished the adult vaccination, there was no more source [of infection] from the adults to transmit to the children, to then go into schools,” he says.

And early data from the United Kingdom – where the vaccination rate is 60 per cent – paint a more complicated picture when it comes to unvaccinated children and their potential to spread Covid-19.

By the end of May, cases in secondary-school children had fallen from a high of around 600 cases per 100,000 in January to less than 100 per 100,000. In younger school children, the numbers are now even lower.

But recent data also suggest that unvaccinated children might still be important spreaders of the virus. During May, almost 100 outbreaks – defined as two or more cases – occurred in primary and secondary schools in England.

That number is small, however, representing just a “tiny proportion” of England’s 25,000 schools, says Shamez Ladhani, a paediatric infectious-diseases physician with Public Health England. He also notes that overall infection rates in school-aged children changed little in the six weeks after schools reopened.

Nonetheless, Tang says that transmission in schools shouldn’t be ignored. Britain’s vaccine rollout has been slower than Israel’s, he argues, and school re-openings have coincided with the increased spread of B.1.617.2 – also known as the Delta variant – in UK communities. As a result, the virus might continue to circulate in children.

This is an important point, he says, because the longer the pandemic continues, the greater the chance that new variants with some resistance to vaccines will emerge. The extent to which unvaccinated children act as spreaders has implications for whether they should be vaccinated once the adult population has been – a question being hotly debated.

In the United States, the Federal Drug Administration approved the Pfizer vaccine for children aged 12–18 years on May 10, and more than seven million of these children have now received at least one dose. Agencies in Japan, the United Kingdom, the European Union and elsewhere have since done likewise.

But severe COVID-19 in children is rare. A May 2020 analysis across 26 countries estimated that just 0.14 per cent of children infected by SARS-CoV-2 develop dangerous inflammation3. Other complications are also uncommon, says Ghandi.

Because of the lower risk, the World Health Organization argues that vaccinating children is not a high priority, given that global supplies are insufficient to immunise all adults.

“You have countries basically vaccinating individuals that don’t really need it, when there are a lot of other countries who are desperate for the vaccine,” says Kim Mulholland, a paediatrician and vaccine researcher at the Murdoch Children’s Research Institute in Melbourne, Australia. “I find that to be extremely worrying.”

But Haas would like to see vaccination in Israel extended to children aged 12 to 15. Although the risk of severe disease is lower for children, “it’s not ‘no risk’”, he says. Vaccinating adolescents would also ensure against further disruptions to schools and provide herd immunity to unvaccinated adults, he says.

Tang also sees vaccinating children as crucial to controlling the pandemic. It would remove them as a potential reservoir for asymptomatic infections and would guard against the emergence of new variants, he says.

In an ideal world, adds Tang, you would vaccinate all age groups, so that new variants would emerge neither in unvaccinated populations of adults, nor in children. Until vaccine production meets demand, it’s important to vaccinate not only adults in low-income nations, but also children in places that already have good vaccine coverage. “You can do a bit of both,” he says.