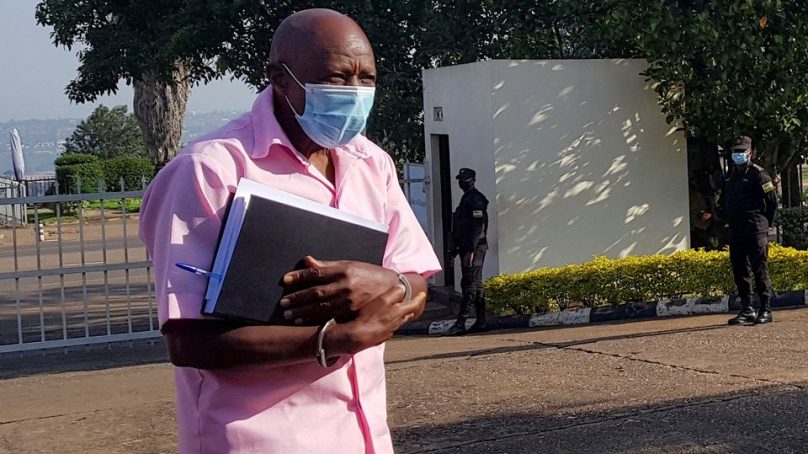 The United States has determined that Paul Rusesabagina, portrayed in the film “Hotel Rwanda” sheltering hundreds of people during the African nation’s 1994 genocide, has been “wrongfully detained,” the State Department said on Thursday.

Rusesabagina, 67, was sentenced last September to 25 years in prison over eight terrorism charges tied to an organisation opposed to Rwandan President Paul Kagame’s rule. He has denied all the charges and refused to take part in the trial that he and his supporters have called a political sham.

“The determination took into account the totality of the circumstances, notably the lack of fair trial guarantees during his trial. This determination does not imply any position on his innocence or guilt,” a State Department spokesperson said.

Rusesabagina, who was feted around the world after being portrayed by actor Don Cheadle in 2004’s “Hotel Rwanda,” is a vocal critic of Kagame. He is being held in a Rwandan prison.

He has acknowledged having a leadership role in the Rwanda Movement for Democratic Change (MRCD), but denied responsibility for attacks carried out by its armed wing, the National Liberation Front (FLN). The trial judges said the two groups were indistinguishable.

The “wrongfully detained” designation means the responsibility for the case will now be transferred from the State Department’s Bureau of Consular Affairs to the office of the Special Envoy for Hostage Affairs, effectively raising the issue’s political profile.

Under 2020 legislation passed by Congress, there are criteria outlined in 11 points, based on which the Secretary of State can make the designation of wrongfully detained.

Among those are the cases of individuals who are being detained solely or substantially because they are an American citizen or with the purpose of influencing US government policy.