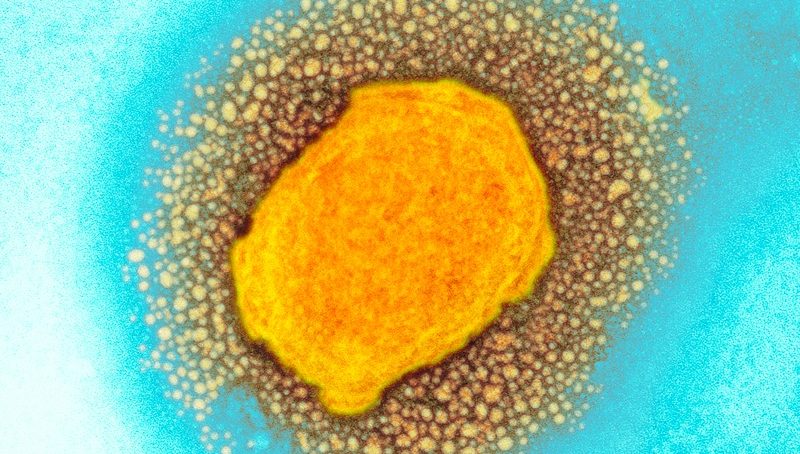 More than 120 confirmed or suspected cases of monkeypox, a rare viral disease seldom detected outside of Africa, have been reported in at least 11 non-African countries in the past week. The emergence of the virus in separate populations across the world where it doesn’t usually appear has alarmed scientists — and sent them racing for answers.

“It’s eye-opening to see this kind of spread,” says Anne Rimoin, an epidemiologist at the University of California Los Angeles, who has studied monkeypox in the Democratic Republic of the Congo for more than a decade.

Called monkeypox because researchers first detected it in laboratory monkeys in 1958, the virus is thought instead to transmit from wild animals such as rodents to people – or from infected people. In an average year, a few thousand cases occur in Africa, typically in the western and central parts of the continent.

But cases outside Africa have been limited to a handful that are associated with travel to Africa or with the importation of infected animals. The number of cases detected outside of Africa in the past week alone, which is all but certain to increase, has already surpassed the number detected outside the continent since 1970, when the virus was first identified as causing disease in humans. This rapid spread is what has scientists on high alert.

But monkeypox is no SARS-CoV-2, the coronavirus responsible for the Covid-19 pandemic, says Jay Hooper, a virologist at the US Army Medical Research Institute of Infectious Diseases in Fort Detrick, Maryland.

It doesn’t transmit from person to person as readily, and because it is related to the smallpox virus, there are already treatments and vaccines on hand for curbing its spread. So, while scientists are concerned, because any new viral behaviour is worrying – they are not panicked.

Unlike SARS-CoV-2, which spreads through tiny air-borne droplets called aerosols, monkeypox is thought to spread from close contact with bodily fluids, such as saliva from coughing. That means a person with monkeypox is likely to infect far fewer close contacts than someone with SARS-CoV-2, Hooper says. Both viruses can cause flu-like symptoms, but monkeypox also triggers enlarged lymph nodes and, eventually, distinctive fluid-filled lesions on the face, hands and feet. Most people recover from monkeypox in a few weeks without treatment.

On May 19, researchers in Portugal uploaded the first draft genome of the monkeypox virus that was detected there, but Gustavo Palacios, a virologist at the Icahn School of Medicine at Mount Sinai in New York City, emphasises that it’s still a very early draft, and more work needs to be done before drawing any definitive conclusions.

What researchers can tell from this preliminary genetic data is that the monkeypox virus is related to a viral strain predominantly found in western Africa. This strain causes milder disease and has a lower death rate – about one per cent in poor, rural populations – compared with the one that circulates in central Africa. But exactly how much the strain causing the current outbreaks differs from the one in western Africa — and whether the viruses popping up in various countries are linked to one another — remains unknown.

Answers to those questions could help determine if the sudden uptick in cases stems from a mutation that allows this monkeypox virus to transmit more readily than those of the past, and if each of the outbreaks traces back to a single origin, says Raina MacIntyre, an infectious disease epidemiologist at the University of New South Wales in Sydney, Australia.

Unlike SARS-CoV-2, a rapidly-evolving RNA virus whose variants have regularly eluded immunity from vaccines and prior infection, monkeypox virus is a relatively large DNA virus. DNA viruses are better at detecting and repairing mutations than RNA viruses, which means it’s unlikely that the monkeypox virus has suddenly mutated to become adept at human transmission, MacIntyre says.

Still, for monkeypox to be detected in people with no apparent connection to one another suggests that the virus might have been spreading silently — a fact that Andrea McCollum, an epidemiologist who heads the US Centers for Disease Control and Prevention poxvirus team calls “deeply concerning”.

Another puzzle is why almost all of the case clusters include men aged 20-50, many of whom are gay, bisexual and have sex with men (GBMSM). Although monkeypox isn’t known to be sexually transmitted, sexual activity certainly constitutes close contact, Rimoin says.

The most likely explanation for this unexpected pattern of transmission, MacIntyre says, is that the virus was coincidentally introduced into a GBMSM community, and the virus has continued circulating there. Scientists will have a better idea of the origin of the outbreaks and the risk factors for infection once an epidemiological investigation is complete, which can take weeks and involves rigorous contact tracing.

Scientists have been keeping an eye on monkeypox ever since an eradication campaign for smallpox, its cousin virus, wound down in the 1970s. Once smallpox was no longer a threat thanks to worldwide vaccinations, public-health officials stopped recommending smallpox inoculation — which also kept monkeypox at bay. With each year that has passed since smallpox’s eradication, the population with weakened or no immunity to these viruses has grown, MacIntyre says.

There have been a few outbreaks since then. The Democratic Republic of the Congo, for example, has been grappling with monkeypox for decades, and Nigeria has been experiencing a large outbreak, with about 500 suspected and more than 200 confirmed cases, since 2017, when the country reported its first case in more than 39 years.

The United States also reported an outbreak in 2003, when a shipment of rodents from Ghana spread the virus to pet prairie dogs in Illinois and infected more than 70 people.

Yet public-health authorities are not powerless against monkeypox. As a precaution against bioterrorism, countries such as the United States maintain a supply of smallpox vaccines, as well as an antiviral treatment thought to be highly effective against the virus.

The therapies probably wouldn’t be deployed on a large scale, though, McCollum says. Healthcare workers would probably instead use a method called ‘ring vaccination’ to contain the spread of monkeypox: this would vaccinate the close contacts of people who have been infected with monkeypox to cut off any routes of transmission.

On the basis of the data that she has seen so far, McCollum thinks the current outbreaks probably won’t necessitate containment strategies beyond ring vaccination. “Even in areas where monkeypox occurs every day,” she says, “it’s still a relatively rare infection.”