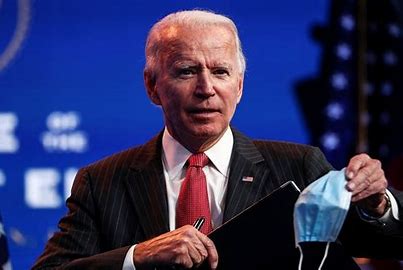 As for finding an intermediate host animal, researchers in China have tested more than 80,000 wild and domesticated animals, but none have been positive for SARS-CoV-2. But this number is a tiny fraction of the animals in the country.

To narrow the search down, researchers say, more strategic testing is needed to isolate animals that are most susceptible to infection and those that come in close contact with people. They also suggest using antibody tests to identify animals that have previously been infected with the virus.

Virology labs tend to specialise in the viruses around them, says Vincent Munster, a virologist at the Rocky Mountain Laboratories, a division of the National Institutes of Health, in Hamilton, Montana. The Wuhan Institute of Virology (WIV) specialises in coronaviruses because many have been found in and around China.

Munster names other labs that focus on endemic viral diseases: influenza labs in Asia, haemorrhagic fever labs in Africa and dengue-fever labs in Latin America, for example. “Nine out of ten times, when there’s a new outbreak, you’ll find a lab that will be working on these kinds of viruses nearby,” says Munster.

Researchers note that a coronavirus outbreak in Wuhan isn’t surprising, because it’s a city of 11 million people in a broader region where coronaviruses have been found. It contains an airport, train stations and markets selling goods and wildlife transported there from around the region – meaning a virus could enter the city and spread rapidly.

Several researchers have looked into whether features of SARS-CoV-2 signal that it was bioengineered. One of the first teams to do so, led by Kristian Andersen, a virologist at Scripps Research in La Jolla, California, determined that this was “improbable” for a few reasons, including a lack of signatures of genetic manipulation.

But many other coronaviruses have furin cleavage sites, such as coronaviruses that cause colds7. Because viruses containing the site are scattered across the coronavirus family tree, rather than confined to a group of closely related viruses, Stephen Goldstein, a virologist at the University of Utah in Salt Lake City, says the site probably evolved multiple times because it provides an evolutionary advantage.

Convergent evolution – the process by which organisms that aren’t closely related independently evolve similar traits as a result of adapting to similar environments – is incredibly common.

Another feature of SARS-CoV-2 that has drawn attention is a combination of nucleotides that underlie a segment of the furin cleavage site: CGG (these encode the amino acid arginine). A Medium article that speculates on a lab origin for SARS-CoV-2 quotes David Baltimore, a Nobel laureate and professor emeritus at the California Institute of Technology in Pasadena, as saying that viruses don’t usually have that particular code for arginine, but humans often do – a “smoking gun”, hinting that researcher might have tampered with SARS-CoV-2’s genome.

In an e-mail to Nature, Baltimore says Andersen could be correct that evolution produced SARS-CoV-2, but adds that “there are other possibilities and they need careful consideration, which is all I meant to be saying”.

Is it true that SARS-CoV-2 must have been engineered, because it’s perfect for causing a pandemic?

Many scientists say no. Just because the virus spreads among humans doesn’t mean it was designed to do so. It also flourishes among mink and infects a host of carnivorous mammals. And it wasn’t optimally transmissible among humans for the better part of last year.

Rather, new, more efficient variants have evolved around the world. To name one example, the highly transmissible variant of SARS-CoV-2 first reported in India (B.1.617.2, or Delta) has mutations in the nucleotides encoding its furin cleavage site that appear to make the virus better at infecting cells8.

“This was not some supremely adapted pathogen,” says Joel Wertheim, a molecular epidemiologist at the University of California San Diego.

Did researchers collect SARS-CoV-2 from a mine?

Researchers from the WIV collected hundreds of samples from bats roosting in a mine between 2012 and 2015, after several miners working there had gotten sick with an unknown respiratory disease.

Last year, researchers reported that blood samples taken from the miners tested negative for antibodies against SARS-CoV-2, meaning that the sickness was probably not Covid-19.

Back at the lab, WIV researchers detected nearly 300 coronaviruses in the bat samples, but they were able to get whole or partial genomic sequences from fewer than a dozen, and none of those that were reported were SARS-CoV-29,10. During the WHO-led origins probe earlier this year, WIV researchers told investigators that they cultured only three coronaviruses at the lab, and none were closely related to SARS-CoV-2.

Although the investigators didn’t sift through freezers at the WIV to confirm this information, the low number of genomes and cultures doesn’t surprise virologists. Munster says it’s exceedingly difficult to extract intact coronaviruses from bat samples. Virus levels tend to be low in the animals, and viruses are often degraded in faeces, saliva and droplets of blood.

Additionally, when researchers want to study or genetically alter viruses, they need to keep them (or synthetic mimics of them) alive, by finding the appropriate live animal cells for the viruses to inhabit in the lab, which can be a challenge.

So, for SARS-CoV-2 to have come from this mine in China, WIV researchers would have had to overcome some serious technical challenges – and they would have kept the information secret for a number of years and misled investigators on the WHO-led mission, scientists point out. There’s no evidence of this, but it can’t be ruled out.

Biden asked the US Intelligence Community to report back to him in 90 days. Perhaps this investigation will shed light on undisclosed US intel reported by The Wall Street Journal suggesting that three staff members at the WIV were sick in November 2019, before the first cases of Covid-19 were reported in China.

The article claims that US officials have different opinions on the quality of that intel. And researchers at the WIV have maintained that staff at the institute tested negative for antibodies that would indicate SARS-CoV-2 infection prior to January 2020.

Last week, Anthony Fauci, Biden’s chief medical adviser, asked Chinese officials to release the hospital records of WIV staff members. Others have asked for blood samples from WIV staff members, and access to WIV bat and virus samples, laboratory notebooks and hard drives. But it’s unclear what such asks will yield because China has not conceded to demands for a full lab investigation.

A spokesperson for the Ministry of Foreign Affairs of the People’s Republic of China, Zhao Lijian, said that US labs should instead be investigated, and that some people in the United States “don’t care about facts or truth and have zero interest in a serious science-based study of origins”.

As Biden’s investigation commences and the WHO considers the next phase in its origin study, pandemic experts are bracing themselves for a long road ahead.

“We want an answer,” says Jason Kindrachuk, a virologist at the University of Manitoba in Winnipeg, Canada. “But we may have to keep piecing bits of evidence together as weeks and months and years move forward.”