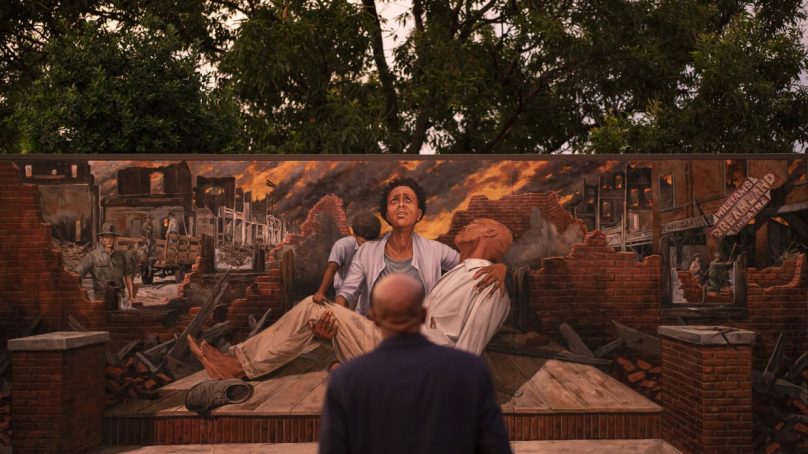 The Tulsa Race Massacre’s centennial commemorations in Oklahoma could draw racial violence and white supremacist groups, the US Department of Homeland Security has warned in a bulletin.

“We assess that upcoming commemoration events associated with the 100th anniversary of the Tulsa Race Massacre in Oklahoma probably are attractive targets for some racially or ethnically motivated violent extremist-white supremacists to commit violence,” the department said, according to a memo obtained by NBC News.

The memo, released earlier this week, wasn’t specific to any of the several events taking place over the holiday weekend, but it said that white supremacist groups could eye any mass gathering or crowded public spaces without warning in Tulsa.

The Tulsa Police Department said it’s prepared and has asked for the public’s assistance in reporting anything unusual.

“If anyone sees anything suspicious, across our city, report that,” Tulsa Police Chief Wendell Franklin said in a press conference this week.

“Our goal is simple. We are here to protect the safety of all of the persons that are in our city,” Franklin said. “All Tulsa police officers are going to be involved in these events over the next several days.”

The Tulsa Race Massacre Centennial Commission has organised a series of public events; however, its “Remember and Rise” event featuring the Grammy Award-winning singer John Legend and Stacey Abrams, the Georgia Democrat, was abruptly cancelled on Thursday.

Many celebrities and prominent public figures are expected to be on hand for several events, including President Joe Biden, who is scheduled to visit Tulsa on June 1.

About 15,000 people are projected to attend mostly outdoor festivities over the weekend, Homeland Security said.

In 1921, on the evening of May 31 and through the afternoon of June 1, a violent mob of hundreds of white people attacked Tulsa’s Greenwood District, known as the Black Wall Street for its thriving Black community, burning businesses and homes to the ground and murdering as many as 300 Black Tulsans.

US intelligence community rocked by insider threat – yet again