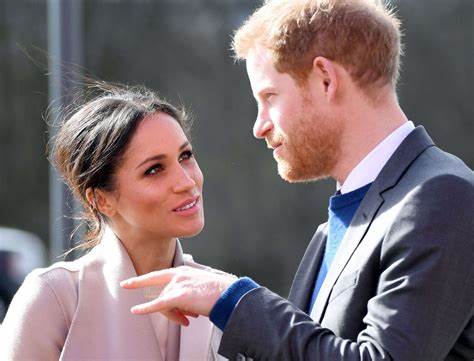 Meghan Markle smiled through the pain of not being accepted by the royal family and made the right choice to walk away, her cookbook friend has revealed.

Grenfell fire survivor Munira Mahmoud still hears from the Duchess of Sussex from Los Angeles and tells OK! “I’m so proud of her – and I’m proud of Prince Harry for standing beside her.”

The 37-year-old mum, who was living in the London tower when the raging blaze stole 72 lives, says Meghan and Harry are “lovebirds” with good senses of humour and down-to-earth attitudes.

“When we first met, she told me she’d made Harry’s breakfast that morning and when I asked what she cooked she said ‘toast’, which really made me laugh,” Munira says.

“I’m not into celebrities so I didn’t expect anything from her, but she was very, very humble and very understanding. She was so relaxed and down-to-earth, it made us all feel comfortable.”

Munira continues: “She asked questions and seemed to genuinely care. She came into the kitchen to meet us all and you could tell with her body language that she was just natural.

“She left her security team outside the door so it was just her and us women – about 20 of us the first time – and her personal assistant. It felt more intimate than just having a load of bodyguards there.”

Meghan spent time with Munira back in 2019 while they put together a charity cookbook to raise money for victims of the fire.

Together: Our Community Cookbook features recipes from women who are part of the Hubb Community Kitchen, which was created to provide for the hundreds of residents who were left homeless following the devastating blaze.

“Meghan’s very funny,” Munira says. “I had henna on my hands, which she noticed and said she felt left out and wanted some too.

“And I met Harry in July, before Meghan. We were talking about mental health. I just remember him telling me, ‘It’s okay, it’s fine to feel low, you know, it’s okay to cry, it’s okay to be sad. We’re all in this, we all do.’

“I thought ‘oh wow, it sounds like you’re so normal and you’re a royal’. They are both so compassionate, it’s the beauty that merges them together perfectly. I addressed him as ‘Sir’ and he said ‘No, don’t call me sir, call me Harry.’ When we told him there was no samosas left, he joked he was going away then, that he only came in for them.”

“And when he came into the kitchen he played with my daughter. He’s a natural with kids. When they came to Christmas dinner at the kitchen [in 2019] my daughter said ‘do you want a little brother or sister [for Archie?] and he said something like ‘I’d like a little girl.’ So, I’m happy for them.”

Munira, who is mum to three children aged nine, five and three months, says she felt “awful” when she learned the couple had been struggling at the time.

“When I watched her with Oprah it broke my heart,” she says. “Behind that smile we had no idea with whatever was going on with her life.

“I think she wasn’t accepted by the royal family. You can fit in everywhere and anywhere, but are you being accepted?”

“If you’re not accepted, you can’t force yourself,” she continued. “I felt so proud of her that she walked away, and I’m so happy because that’s how life should be, you don’t need to just to sit there and wait for years and years.”

“Before the fire, I had different mindset. And now after the fire my life outlook is completely different. I’ve met so many people and I’ve seen people’s different situations. But you have to stand up for yourself, not waiting for anyone to do it for you.”

Munira also says the couple were just affectionate off camera as they were on. “They seem really happy together – like lovebirds,” she says.

“Now, on anniversaries, Meghan messages and says she knows that it’s difficult times and that she’s thinking of us over the pandemic. She says she’s proud of us for what we’re doing with the kitchen.”

Colour bar: Raging coronavirus in the US demonstrates how race matters for health