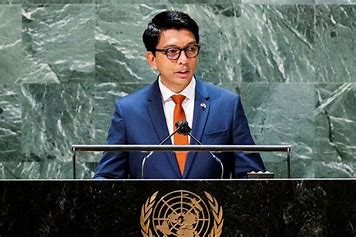 Twenty people, including two French nationals, were charged on Monday with plotting to kill Madagascar’s president and other offences as their trial began in the Indian Ocean Island nation.

Madagascar has a history of political violence. Former coup leader Andry Rajoelina, 44, was sworn in as president in 2019 after a hard-fought election and a constitutional court challenge from his rival.

The suspects, all of whom were present in court, were formally charged with counts including criminal conspiracy, criminal association, rebellion against the president and possession of illegal weapons.

They have all denied the charges. The lawyer for Paul Rafanoharana, a French-Malagasy national on trial alongside the two French nationals and the other accused, raised concern that the trial was not proceeding fairly because it was not open to the public.

“Without a public hearing, not all Malagasy people will be able to follow the trial. It will be easy to put pressure on the magistrates,” he said.

Some of the accused were arrested in July, others in August. Officials have not given details publicly on the extent of the plot or how far advanced it was when the suspects were apprehended.