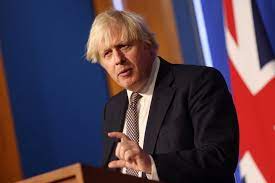 Dominic Cummings has accused senior political journalists of trying to “bury” the story of an alleged Christmas party in Downing Street because they were there.

The Prime Minister’s former top aide – now a regular critic of Boris Johnson’s government – suggested Number 10 is lying about the gatherings, which are said to have happened despite Covid restrictions last winter.

Mr Cummings, who did not name any journalists, tweeted on Monday evening: “V unwise for No10 to lie about this but PM set the course of lying on Covid in spring when he decided to start rewriting history, deny herd immunity plan etc. NB some lobby hacks were also at parties in No10 flat so trying to bury this story…”

It comes as the government faced another day of questions about the gatherings – after mixed messages from ministers and Number 10 about the allegations.

The Daily Mirror reported last week that at least two events took place in No 10 in the run-up to the 2020 festive season, including Boris Johnson giving a speech at a leaving-do during November’s lockdown.

Another was said to be a staff party in December where party games were played, food and drinks were served, and revelries went on past midnight.

Some observers have since suggested that there has been limited press coverage of the events, unlike the Barnard Castle incident Mr Cummings was involved in.

Downing Street had previously failed to clarify what part of the original report it disputed and ministers had said that all rules had been followed, while seemingly not disputing that the gatherings had taken place.

But on Monday, Boris Johnson’s spokesman insisted “there was not a party”. It is unclear how Number 10 is defining what constitutes a “party”. Dozens of staff in the building were said to be “cheek by jowl” while the public were facing harsh restrictions.

The government has already faced a string of hypocrisy and sleaze allegations during the pandemic. On Sunday, Justice Secretary Dominic Raab raised eyebrows by telling the BBC’s Andrew Marr Show that police have been clear “they don’t normally look back and investigate things that have taken place a year ago”.

Police regularly investigate historic offences. And court records showed police were prosecuting a 36-year-old man for holding a gathering of two or more people in Ilford, east London, on the same day as one alleged event in Downing Street – a case which shadow health secretary and local MP Wes Streeting has highlighted in the Commons.

The court list showed the defendant is one of two people facing hearings before magistrates in Westminster on Wednesday charged with breaching Tier 3 restrictions in December, while many more were being prosecuted for allegedly falling foul of Tier 4 rules, introduced on December 20.

Policing minister Kit Malthouse conceded he knows “nothing about” the alleged Number 10 party but said he believes no rules were broken.

He claimed that he would take Downing Street’s insistence that all regulations were complied with at “face value”.

Mr Malthouse also suggested there may have been circumstances such as distancing between attendees that would have permitted the gathering – despite London being in Tier 3 banning social mixing indoors at the time.

No 10 was resisting growing pressure to explain what happened as the Metropolitan Police considered complaints submitted by two Labour MPs.

At the time of the allegations, the Tier 3 rules in place in London explicitly banned work Christmas lunches and parties where it is “a primarily social activity and is not otherwise permitted”.

Mr Malthouse conceded he is “not an investigator” when questioned on BBC Radio 4’s Today programme how the Christmas party could have been within the rules.