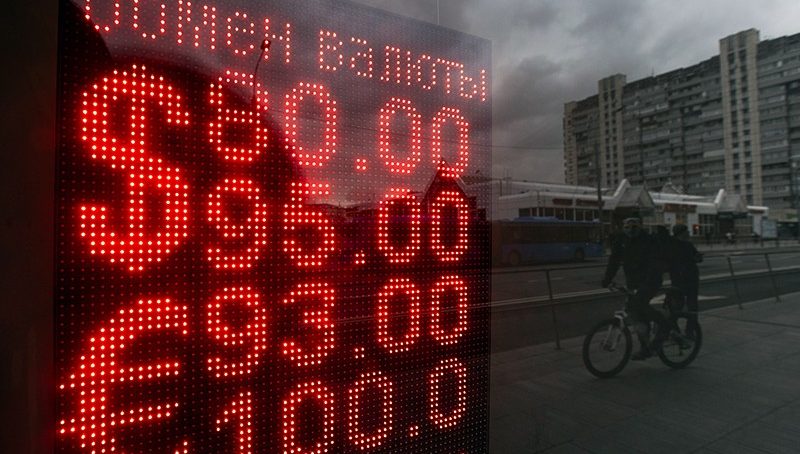 Ties that bind us: After Russia attacked Ukraine, weak links in finance and supply chains were easily weaponised

When Russia invaded Ukraine on February 24, nobody expected that the United States, the European Union, the United Kingdom, Japan, Canada and other nations would isolate Russia from the global economy in retaliation.

Instead of limited and largely symbolic sanctions, which were all Russia faced when it annexed Crimea and occupied eastern parts of Ukraine in 2014, this latest response has had devastating ripple effects.

Key Russian banks have been denied access to the US dollar, foreign reserves and the Society for Worldwide Interbank Financial Telecommunication (SWIFT) messaging system, which banks use to relay financial information to each other. The United States and its allies blocked the export of high-end semiconductors to Russia’s technology and defence sectors, as well as software, oil- and gas-refining equipment and other items.

As one US law firm put it, it is now illegal to knowingly supply a toothbrush to a company that occasionally helps to repair Russian military equipment.

Russia’s economy is reeling. The value of Ukraine’s currency, the hryvnia, has been knocked flat by the war. No one knows what will unfold.

The biggest surprise is how this has been done – by weaponising the networks that bind the global economy together. Financial and supply networks have chokepoints, which powerful states can use to punish individuals, businesses and even nations. Some of these points are known; many have yet to be identified.

There has been too little academic study of these pressure points, however. Policymakers lack the necessary data to make informed decisions. Companies hold information on supply chains close; governments and the public don’t have an overview. Data on financial and information networks and their vulnerabilities are similarly patchy.

For decades, policymakers have assumed that production and financial markets can largely look after themselves, with some oversight by regulators. These assumptions are poorly suited to a world in which hostile governments can weaponise the weak points in the global economy against their adversaries.

Data scientists, political scientists, economists and macrofinance scholars urgently need to map these networks to discover the points that pose the most threats and risks. As a first step, the United States has begun to survey supply relationships. More detailed knowledge would allow policymakers to close vulnerabilities where possible and to mitigate them where it is not.

Some reforms, such as stress-testing banks to see whether they would survive unexpected turbulence, were enacted after the global financial crisis in 2007-09. These shored up the global financial system by discouraging risky speculation. But they are not enough to defend against targeted attacks.

Policymakers need to think about macro‑financial risks. Some analysts have predicted that cutting Russian banks out of SWIFT might trigger the kind of global systemic collapse that nearly happened when Lehman Brothers, a financial-services firm in New York City, failed in 2008.

They fear that Russian financial sanctions might destabilise payments between counterparties, creating a crisis of confidence that could feed on itself. Those early predictions have been wrong so far. But they highlight that there are uncertain consequences of removing major elements of a system whose deep workings and sources of stability remain unmapped.

Globalisation has led to extraordinary economic efficiency. Money transfers happen in nanoseconds, not days or weeks. Global supply chains allow hundreds of suppliers in dozens of countries to build complex products, such as smartphones. Some supply chains are dominated by one country. For instance, China controls nearly all stages of photovoltaics manufacturing.

These links make economies more interdependent. Businesses in different countries might rely on a single supplier for the sake of efficiency, which creates risks if that supplier fails. As war has spread across Ukraine, German car factories have fallen idle because they cannot obtain electronic cabling systems, or ‘wire harnesses’, produced by Ukrainian suppliers.

The global economy isn’t symmetric, an open system of links that offers many alternative routes when one closes, as conventional wisdom has supposed. It’s asymmetric: the flows of trade and finance rely on a relatively small number of hubs or nodes with many connections.

For example, in 2019, when South Korean courts found Japan potentially liable for forced labour during the Second World War, Japan threatened the South Korean electronics industry. Companies such as Samsung, based in Suwon-si, South Korea, relied on chemicals and components, including fluorinated polyimide and photoresists, to make their products. This made them vulnerable to pressure from Japan, which produced 90 per cent of these precursors.

A few nations or companies have disproportionate sway over areas of finance and trade. For example, SWIFT is based in the EU, but is run by banks that rely on the US financial system. Transactions between non-US parties often rely on US dollars, which means that they have to be cleared through a small number of US-regulated financial institutions. And Silicon Valley in California controls much of the world’s advanced technology and computing.

Targeted attacks against chokepoints can quickly disrupt the entire network. In 2012, the United States and the EU cut Iran out of the global financial system by denying its banks access to dollar clearing and SWIFT. Iranian companies found it hard to get paid for oil, leading to a dramatic fall in exports.

Complicated barter arrangements emerged: oil was exchanged for tea, zips and bricks. The impacts can reach farther than those from general shocks, such as supply-chain disruptions from the Covid-19 pandemic. Now, the US denial of some Russian banks’ access to the dollar effectively cuts them out of the global financial system.

Other nations could be brought into line. The United States also controls crucial intellectual property and design software for semiconductors. Fearing loss of access, non-US-based semiconductor manufacturers, including the Taiwan Semiconductor Manufacturing Company in Hsinchu, are complying with the US ban on exports to Russia.

China-based manufacturers, such as the Semiconductor Manufacturing International Corporation in Shanghai, will face the threat of sanctions if they do not also cooperate.

Governments and firms need to prepare for disruptions from intentional, rather than random, shocks. And the fallout is hard to foresee.

Some vulnerabilities are well known. For example, China dominates the mining and refining of rare-earth elements, such as cerium and yttrium, used in many items, from mobile phones to wind turbines. In 2010, China halted shipments of rare-earth elements to Japan after a dispute over a captured fishing vessel – prompting fears that it could use its dominance in this market as a tool of coercion or retaliation.

Since 2010, China’s share of rare-earth production has dwindled from a near monopoly to slightly less than 60 per cent of the global market, although it still has a central role in processing these elements.

Similarly, many cars, phones and watches rely on the US GPS to determine their geographical location. GPS has military origins and is subject to federal control – leading Russia, China and the EU to develop their own competing satellite positioning systems, at a cost of billions of dollars.