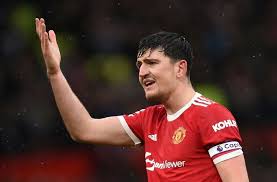 t’s a good one this, because it’s both an absurd summer of spaffing that in textbook fashion contributed to a manager failing to see out the year but also produced a season where one of those overpriced signings scored the winning goal in the Champions League final.

Classic slice of Chelsea nonsense that, and in many ways being bad enough for scales to fall from eyes and Frank Lampard removed from office at a club that might not always have managers for very long but should at the very least have proper, qualified ones was actually a good thing too.

Mendy for £21.6 million is clearly terrific business but gets only partial credit because it was still money chucked at a self-imposed problem after dropping three-and-a-half times that on Kepa the year before. This is the ultimate “pulled a Homer” of summer transfer windows.

Not the worst on this list, but it will never not be hilarious that United spent such an eye-watering sum of money on Maguire and Wan-Bissaka, who are both perfectly fine footballers who didn’t deserve to be saddled with the pressure of such absurd price tags. Maguire is close to a figure of fun these days, which feels a bit unfair, while Wan-Bissaka is now roughly 12th in the admittedly stacked pecking order of English right-backs.

United did also sign Bruno Fernandes the following January making the season’s transfer business as a whole resemble some kind of anarchic attempt at debunking once and for all the idea that summer is the time for sensible business and January is the month of nonsense. Until you remember they also spent £10 million that winter loaning Odion Ighalo.

Premier League teams really do lose the plot when someone comes along and chucks them a huge wedge of cash for their best player. Everton’s 2017 splurge after Man United dropped £70 million-plus on Romelu Lukaku is at best the third most famous such splurge but it’s an absolute doozy. All the boxes are ticked with some ropey signings alongside some handy ones that are clearly overpriced and Gylfi Sigurdsson who we’ll say no more about.

Keane for £25 million is… okay, and the Pickford deal was probably a better one for England than it was for Everton, who also score Summer Splurge bonus points for the traditional sacking of the manager.

Ronald Koeman made it as far as October before a 5-2 home defeat to Arsenal – Everton’s fifth loss in the opening nine games of the season – proved the final straw. More bonus points for following up this summer insanity by spending almost £50 million on Cenk Tosun and Theo Walcott in the January window.

Big Sam dragged the team from the bottom three to eighth place, which was both a pretty underwhelming return for £200 million investment and also better than anything the beleaguered Toffees have managed since. Let’s also make clear here that for the purposes of this feature we’re simply not interested in your Net Spend chat.

It’s valid as far as it goes but just because you’re playing with ‘house money’ doesn’t excuse making an absolute total bollocks of it.

A second Manchester United summer to make this list and, you will be unsurprised to discover, not the last. What a performance their last decade of transfer window activity has been. Matic was perfectly decent, but over £100 million on Lukaku and Lindelof not so much. Still, at least United put things right in January by signing Alexis Sanchez. A fine player. He’d been first rate for Arsenal, and there seems no reason to think he wouldn’t continue that at Manchester United. Now have a big gulp of coffee and check his stats.

Still has plenty of caveats because with Sancho in particular there is obviously still plenty of time for £76 million to look at least reasonable and potentially even good business, while the Ronaldo deal remains one of the most complicated to analyse in the modern era. On his individual numbers clearly a perfectly decent bit of work but on its overall impact on the squad and the club… well.

Another summer spend that got a manager sacked and, given that this squad ‘strengthening’ came in a summer of no major departure it proved quite eye-catchingly disastrous in the short term. A trio of arrivals that were supposed to give United that last push from their distant second place in 2020/21 for a long-awaited title challenge left them instead a distant sixth, not only nowhere near the title race but not even involved in the Champions League scrap and reduced in the end to squabbling desperately with West Ham just to avoid the ignominy of a Europa Conference place.

A very good transfer window for Marseille, for whom Saliba has been a rock. Kieran Tierney for £24 million would be fine were he not made of string, but £72 million Pepe is a nonsense. As is spending more money to loan Pablo Mari than to sign Gabriel Martinelli, who is a baller.

Arsenal fans will tell you the 400-year-old maniac David Luiz was actually good for them that season before going on to tell you that signing Ivan Perisic is evidence that Antonio Conte will leave Spurs with a load of old duds when he inevitably huffs off at some point over the next 18 months.

Anyway, Unai Emery stumbled on until almost the end of November before being replaced initially by Freddie Ljungberg and permanently by Mikel Arteta, whose process has delivered tangible if glacial progress and who is now being given a summer splurge of his own. Will Arsenal still be trusting the process by the time we all break up for the World Cup?

Zlatan Ibrahimovic on a free transfer was quite good, to be fair, but it can only do so much to offset the rest of this abject nonsense. Pogba proved a vastly expensive distraction throughout his six-year second spell at United while none of their other business could be considered a wild success.

Mkhitaryan arguably scores double here having managed to both be a flop at United and then part of the most disastrous ‘swap’ deal on record after being used to bring Alexis Sanchez to Old Trafford the following season.