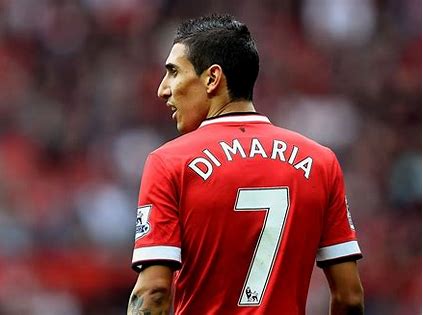 Manchester United spent £140 million to go from fourth to fifth and crash out of the Champions League at the group stage while playing the most turgid football imaginable under Louis van Gaal. If the previous summer’s acquisition of Angel Di Maria for £67 million marked the start of United’s transfer banter era – an era that shows little sign of abating – then 2015 marked the first entire summer of shonky business as the desperate scramble to adjust to the post-Fergie landscape took hold.

That this scramble continues to this day and that United make up half this list is an extraordinary tale of mismanagement and decay at a club all but insulated against failure by its stature and prestige.

It’s all well and good saying Manchester City get to play the game on easy mode, but it’s so striking that there is not one summer of work on the blue half of the city that even merits consideration for a place on this list, while with United we’ve not even included the one where they spent all the money on Di Maria, while the Summer of Fellaini under Moyes manages to escape on the technicality that United didn’t even manage to do enough business to qualify.

The archetype. Still the default go-to for examples of how not to spend a huge windfall almost a decade on despite the arguably even more shambolic tributes and homages seen on Merseyside and beyond in subsequent years.

Spurs “selling Elvis and buying the Beatles” remains one of the classic Premier League banters from the Premier League’s most consistently hilarious football club, with any use of “The Bale Money” instantly putting in mind that picture of Spurs’ Magnificent Seven at the training ground even if you can only name three or four of them off the top of your head.

Because even Spurs can’t make a complete mess of seven signings there is buried among the nonsense one of the all-time great Premier League bargains in Christian Eriksen for under £12 million but it’s just entirely drowned out by everything else. We would also contend that bringing Lamela and his chaotic sh*thouse energy to the Premier League was worth £30 million of anyone’s money but we also accept this remains, however bafflingly, a minority view.

To the formalities of What Happened Next: Spurs actually started the season quite well, on paper, with four wins in their first five. But none of those wins really convinced and the defeat was against Arsenal. Spurs were slipping inexorably towards mid-table when a 5-0 home defeat to Liverpool proved the end of Andre Villas-Boas and the start of Tim Sherwood (what a season, really?) who somehow steered Spurs to sixth and Europa League qualification with a win ratio that was second to none.

Classic Brendan. Pointedly declared in 2013 that Spurs should be challenging for the league after spending £100 million and then snootily declared in 2014 that Liverpool certainly weren’t repeating Spurs’ mistakes with their own bumper Spanish windfall after Barcelona signed Luis Suarez because “it’s a different club and different vision we have here. At Liverpool there’s a strategy behind what we are doing.”

Of course, it turned out Liverpool – who it scarcely needs saying do now have that vision and strategy Rodgers adorably if wrongheadedly believed they had then – were doing an exact Tottenham by using all that money to sign a couple of good players, a cult hero and a load of absolute shite. Like Spurs, Liverpool did not challenge for the league, ending the campaign in, er, sixth. Precisely where Spurs had finished the season before to Rodgers’ disgust.

Unlike Villas-Boas, Rodgers did at least survive the season at Anfield but was gone by the following October. In our view, this is still worse than the more famous Bale Money spunking, though, because a) Liverpool are a bigger club and thus have less excuse for this kind of wanton spaffage) there was literally that very specific warning from 12 months earlier, a warning that Rodgers himself had revelled in noting at the time and insisted wasn’t being repeated throughout the process of repeating it.

It really is quite striking to look back now and realise just how recently Liverpool were still a banter club.