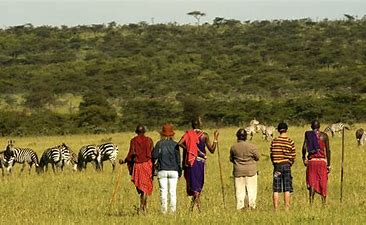 When we humans imagine the future, it is common to picture ourselves nested within an ecosystem populated by robots, devices and virtual realities. The future is shining and technological. The future is digital, ones and zeros, electricity and invisible connections. The dangers of the future – automation and artificial intelligence – are of our own invention.

Nature is an afterthought in our contemplation of what comes next, a transgenic potted plant behind a window that does not open. Most depictions of the future do not even include nonhuman life, except on distant farms (tended by robots) or in indoor gardens.

We put up a levee between our civilisations and the rest of life, and that’s a mistake – both because it is not possible to hold life at bay and because in trying to achieve such a scenario, we do so at our own expense.

Not only does this defy our place in nature, but also what we know about the rules of nature.

In school, we learn about some of these laws – gravity, inertia and entropy, to name a few. But there are also laws of the motions of cells, bodies, ecosystems and even minds. These are the biological laws that we need to have in the front of our mind if we are to make any sense of the years ahead.

Some of the laws of biological nature are laws of ecology. The most useful of these are universal. These biological laws of nature, like the laws of physics, allow us to make predictions. However, as physicists have pointed out, they are more limited than the laws of physics because they only apply to the tiny corner of the universe in which life is known to exist.

Still, given that any story that involves us also involves life, they are universal relative to any world we might experience. Knowing about these laws helps us understand the future into which we are – arms flailing, coal burning, and full speed ahead – hurling ourselves.

Most of the laws of nature are well known to ecologists. Though many were first studied more than a hundred years ago, they have been elaborated and refined in recent decades with advances in statistics, modeling, experiments, and genetics.

These laws predict which species are likely to move around the Earth in response to climate change, how species will evolve in response to our ever-growing cities, the sorts of behaviors that will allow species to thrive in an ever more variable world, and much more. They govern the response of life to each of our individual or collective actions.

Because these laws are known and even intuitive to ecologists, they often don’t mention them: “Of course that is true. Everyone knows. Why talk about it even?” But these laws are often not intuitive if you haven’t spent recent decades thinking and talking about them.

Those that are aware of them ignore them out of the belief in humanity’s own power, the hubris of thinking we are fully in control. As a result, their consequences have a tendency to surprise ecologists and non-ecologists alike, to catch us with our collective guard down and punish us, whether with global pandemics, resistant weeds or persistent changes in the ecosystems on which we depend.

charles darwin’s elegant revelation of the way life evolves, natural selection, is one such law. Darwin imagined this to be a slow process, but we now know that it can happen very quickly. Evolution by natural selection has been observed in real time in many species, which is not surprising. What is surprising is the river-like inevitability with which the consequences of this simple law flow into our daily lives each time we, for example, try to kill a species.

We do this in our homes, hospitals, backyards, farm fields and even, in some cases, forests when we use antibiotics, pesticides, herbicides and any other “-cide.” And the effects are always predictable.

Recently, Michael Baym and colleagues at Harvard University constructed a giant Petri plate, or a “megaplate,” divided into a series of columns. Then, Baym added agar, which is both food and habitat for microbes. The outside column on each side of the megaplate contained agar and nothing more. Moving inward, each subsequent column was laced with antibiotics at ever-higher concentrations.

Baym then released bacteria at both ends of the megaplate to test whether they would evolve resistance to the antibiotics.

The bacteria had no genes that conferred resistance to the antibiotics; they entered the megaplate as defenseless as sheep. And if the agar was the pasture for these bacterial “sheep,” the antibiotics were the wolves. The experiment mimicked the way we use antibiotics to control disease-causing bacteria in our bodies.

It mimicked the way we use herbicides to control weeds in our lawn. It mimicked each of the ways we try to hold back nature each time it flows into our lives.

The law of natural selection would predict that so long as genetic variation could emerge, via mutation, the bacteria should eventually be able to evolve resistance to the antibiotics. But it might take years or longer.

It might take so long that the bacteria would run out of food before they evolved the ability to spread into the columns with antibiotics, the columns filled with wolves.

Baym repeated the experiment again and again. It played out the same each time. The bacteria filled the first column and then briefly slowed, before one and then many lineages evolved resistance to the next highest concentration of antibiotics. This continued until a few of the lineages evolved resistance to the highest concentration of antibiotics and poured into the final column, like water over a levee.

Seen sped up, Baym’s experiment is horrifying. It is also beautiful. Its horror lies in the speed with which bacteria can go from being defenseless to indestructible relative to our power. Its beauty lies in the predictability of the experimental results, given an understanding of the law of natural selection.

This predictability allows two things: It allows us to know when resistance might be expected to evolve, whether among bacteria, bedbugs or some other group of organisms; it also allows us to manage the river of life so as to make the evolution of resistance less likely. An understanding of the law of natural selection is key to human health and well-being and, frankly, to the survival of our species.

There are other biological laws of nature with similar consequences. The species-area law governs how many species live on a particular island or habitat as a function of its size. This law allows us to predict where and when species will go extinct, but also where and when they will evolve anew.

The law of corridors governs which species will move in the future as climate changes, and how. The law of escape describes the ways in which species thrive when they escape their pests and parasites. Escape accounts for some of the successes of humans relative to other species and for how we have been able to achieve such extraordinary abundance relative to other species.

The law frames some of the challenges that we will face in the coming years when our possibilities of escape (from pests, parasites and the like) are fewer. The law of the niche governs where species, including humans, can live and where we are likely to be able to successfully live in the future as climate changes.

These biological laws are alike in that their consequences play out independently of whether or not we pay them heed. And, in many cases, our failure to pay them heed ushers us into trouble. Failing to pay attention to the law of corridors leads us to inadvertently help problem species (rather than beneficial or simply benign species) into the future.

But the laws are also similar in that if we pay them heed, if we consider how they will influence the natural history of the future, we can create a world that is more forgiving of our own existence.