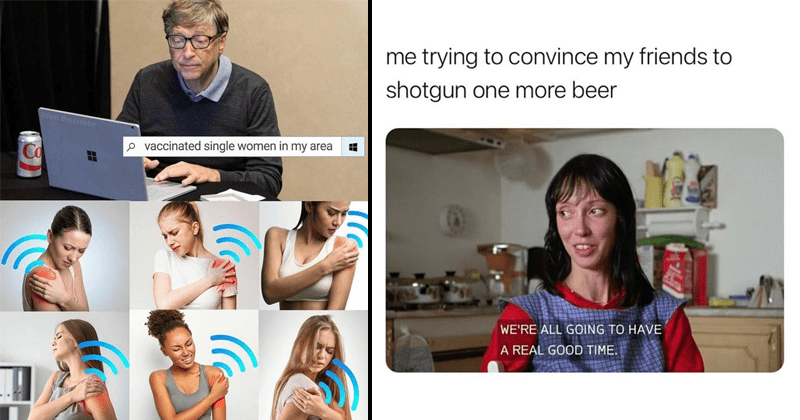 First, let’s get one thing out of the way: Memes aren’t supposed to be comfortable or nice. Hopefully they induce laughter, but they’re not above doing it at others’ expense. I get all that. And yet, I have got to say, all of these memes about Bill and Melinda Gates’ divorce are kind of freaking me out.

For those who haven’t seen them, the memes take on a couple different flavors: Some cast the Microsoft cofounder as a wealthy, newly single man looking for love. Some riff on the idea that single, less wealthy women might be looking for him. Still others make some sort of comparison to the divorce of Jeff and MacKenzie Bezos.

Bill and Melinda Gates are two very wealthy people with a lot of important things to do. The chances of them seeing these memes let alone getting butt-hurt about them are slim to none. But that’s what makes it so bothersome.

Despite being deeply entrenched in tech, this is not a couple that’s very online. If a Kardashian goes through a breakup, sure, it’s normal for the internet to react to the relationship woes of one of its own.

The Gateses, though, mostly just use all that tech money for philanthropy – the Bill and Melinda Gates Foundation devotes millions to eradicating disease and tackling economic inequality. They’re not splashy celebs and treating them as such just feels off.

It also feels vaguely dangerous. One of the more popular memes to arise since the couple announced their split on Monday shows Bill Gates at a computer and pictures of several women touching vaccine injection sites on their shoulders. The caption shows Gates searching for “vaccinated single women in my area.”

It would be funny if it wasn’t a riff on the conspiracy theory that Gates’ Covid-19 vaccine efforts were some scheme to implant people with microchips. Yes, some ludicrous conspiracies should be called out, but the Gates’ divorce already has QAnon adherents spinning up new ideas, and vaccine hesitancy fuelled by misinformation is a huge problem.

Perhaps I’m taking this too seriously – they’re just memes! – but if the last half-decade has taught us anything, it’s that memes can be very powerful. They can make people laugh, but they can also sway public opinion, sweetening toxic ideas and allowing them to spread. I too giggled at the meme about Melinda Gates and MacKenzie Bezos running off together. But honestly, people, we can do better.