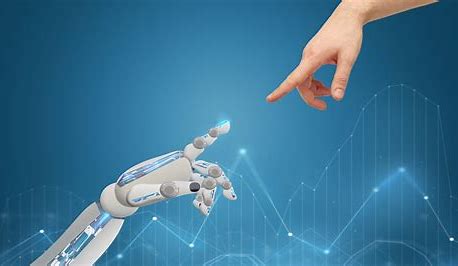 Private security companies in South Africa currently dominate duties usually associated with policing, even though they don’t have the same legal powers. Whereas South Africa has just over 1,100 police stations with just over 180,000 staff members, there are 11,372 registered security companies and 564,540 actively employed security guards, more than the police and the military combined.

The imbalance is a remnant of apartheid. In the late 1970s, the ruling National Party deployed police to protect its political interests, controlling widespread unrest in opposition to the government. These duties took precedence over actual police work, leaving an opening for private players.

South Africa has more private security guards, employed by companies like Fidelity ADT, than the police and military combined.

Later, an already under-resourced police force downsized further as a condition of post-apartheid reform. The private security industry ballooned alongside the country’s staggering rates of crime. South Africa recorded more than four times as many homicides per capita as the US in the last fiscal year.

Government policy encouraged communities and the police to collaborate with these private agencies. But the result has been the evolution of an increasingly martial private security sector. On a drive around Johannesburg, you can see these paramilitary units everywhere: uniformed men in tactical vehicles, toting big guns. They are far more prevalent than the actual police. The difference is they serve paying clients, not the public interest.

Just as the government failed to provide boots on the ground, it also fell short on meeting the surveillance demands of private citizens and businesses. Johannesburg first installed cameras in 2009, and today they number 574, according to city officials. But the city’s been plagued by media reports of non-functioning cameras. Even the 25 installed on Vilakazi Street in 2017, part of a smart-city initiative, are now gone, Nkosi says.

Vumacam stepped into this gap in the market: its CEO, Croock, is a product of Johannesburg’s security industry, having previously operated a private patrol and monitoring service in the more affluent suburbs. With the introduction of fibre internet, he saw the opportunity to add internet-connected cameras and AI analytics to security companies’ offerings.

Vumacam partnered with the Chinese company Hikvision and the Swedish company Axis Communications to provide the hardware while iSentry and Milestone, a popular Denmark-based video surveillance management tool, provided the software.

From there, it teamed up with private agencies patrolling wealthier residential areas and erected poles with high-definition cameras where they wanted on top of Johannesburg’s fibre network.

On its end of the bargain, Vumacam promised regular maintenance, high uptime and storage of the footage for up to 30 days, during which officers and legal representatives could request a more permanent copy for use as evidence in crime investigations. By March 2021, 50 security companies were subscribed to its service. Vumacam declined to say how many customers it has today.

Outside of Vilakazi Street, the rest of Soweto, a predominantly Black township, is still poor and surrounded by hills formed from the toxic waste of the gold mining industry.

More recently, the company has sought adoption in malls, office buildings and even people’s homes. It doesn’t place its own cameras within these spaces, but customers can connect their existing CCTV feeds to Proof 360 for comprehensive security monitoring of public and private spaces.

Having achieved this market penetration, Vumacam is now pushing a new level of centralisation and coordination to fight criminal activity. It pitches its solution as a way to track criminals, from the moment they commit a crime, to wherever in the city they try to escape.

Proof 360 users can add wanted vehicles – those reported stolen or suspected of being used to commit a crime – to their own private database on the platform or a shared database that allows all users to work together to track cars across jurisdictions; in car-dependent Johannesburg, this can be as targeted as facial recognition.

“In essence, we could have an incident on one of our cameras, and the security companies are all now trying to intercept that same vehicle in a coordinated fashion,” Croock says.

Vumacam boasts that this approach is orders of magnitude faster than waiting for a police investigation. Users need not file a crime report and receive a case number from the police before adding a plate number to the system.

“What if there’s an armed robbery that’s just happened?” says Kelly de Ricquebourg, Vumacam’s product software manager. “I’m going to be able to put this license plate in and catch them in the next 10 minutes. It’s not going to take me 10 minutes to get a case number from SAPS. It takes me up to 48 hours.”

After 48 hours, if a license plate in the shared database still doesn’t have a case number, it’s automatically deleted, she adds. But there’s no transparency or mechanism for public accountability about how thoroughly this cleaning is done; nor is the same process applied to plates stored in each user’s private database, meaning any plate number could be added without any vetting.

As a result, cars could be monitored and pulled over for erroneous or illegitimate reasons.

Such apprehensions can be carried out by either security companies or the police, or during joint operations between the two. To avoid the bureaucracy of their own system, which entails opening an enquiry docket, police sometimes ask private security companies to use Vumacam’s network.

“We had SAPS in this control room just last week checking it out and seeing what we’re doing,” Nichol says of AI Surveillance. “Last year, mid-July, a police guy came for a full day so he could have access to the cameras.”

Vumacam says its approach aided in the apprehension of 97 vehicles and the arrest of 85 individuals in the Sandton Central Improvement District, a commercial area of Johannesburg, during the first seven months after its cameras were installed. Croock says it was “not privy” to details about whether the arrests led to convictions. Crime and punishment: In South Africa, crime rises like inflation with 93 per cent of Blacks steeped in poverty