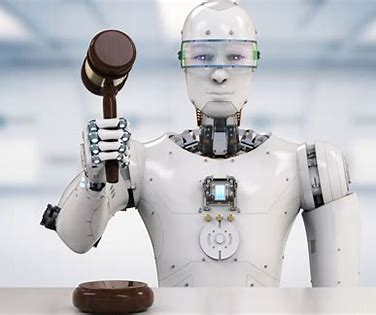 Crime and punishment: In South Africa, crime rises like inflation with 93 per cent of Blacks steeped in poverty

Vumacam, an international technology company, is now building out more applications on Proof 360 for the South African market, including a system to detect license plate cloning – when two cars show up in different locations with identical plate numbers.

It’s also opening up the platform for third-party developers to add their own applications and distribute them to its users.

In parallel, it’s extending its physical infrastructure to the rest of the country. Later this year, Ricky Croock Chief Executive Officer at Vumacam Johannesburg Metropolitan Area118, says that the company will switch to a new model, where customers will pay a flat fee to get access to the full network of cameras instead of just a selection.

Agencies will still be able to filter the alerts to their jurisdiction, but they will also be able to view any feed in the country.

The new approach will allow Vumacam to place poles and cameras irrespective of whether there are paying customers nearby. “If you go to your cell phone provider, you don’t ask him, ‘I want a tower there and a tower there.’ You say, ‘I want coverage,’” he says.

“We need to make sure we get that coverage,” de Ricquebourg adds, “so that there’s no way for the vehicles to miss those cameras or hide from the system.”

The crime is real. On the day we walked around Rosebank with Nkosi, holding out our smartphones as recording devices, two passersby called out warnings within minutes of one another. “Ma’am you have to be careful around here,” said one. “That’s a really nice phone. They’re going to take it, and you’re going to cry too much,” said the other.

It’s not just petty theft – although both Nkosi and the South Africa-based reporter on this piece, Heidi Swart, did have their phones stolen just days before our meeting. The last three months of 2021 saw 165,000 violent physical crimes like murder, rape, common assault, and robbery reported to police nationwide.

It’s why Craighall Park and Craighall, two suburbs that share a residents’ association, were eager to be early adopters of Vumacam, says Roseveare, who oversaw the company’s initial installations.

“When the cameras first went up, the community definitely felt safer,” he says. He believes they deterred crime—though he admits that’d be difficult to prove with statistics. “In South Africa, crime is always going up like inflation,” he says, so the impact would manifest as a slower increase or a reduction in its average severity.

There are now 159 cameras across both communities, including 70 with license plate recognition, at all the exit and entry points and major intersections.

But absent from the conversation is why the crime exists in the first place. Researchers of industrial societies have repeatedly demonstrated that inequality drives crime. Not only is South Africa the world’s most unequal country, but the gap is deeply racialised, a part of apartheid’s legacy. The latest government reports show that in 2015 half of the country lived in poverty; 93 per cent of those people were Black.

Adding to it all, AI tools like facial recognition and anomaly detection don’t always work, and the consequences aren’t evenly distributed. The likelihood that facial recognition software will make a false identification increases dramatically when footage is recorded outdoors, under uncontrolled conditions, and that risk is much greater for Black people.

In many ways, the cameras have re-created the digital equivalent of passbooks, or internal passports, an apartheid-era system that the government used to limit Black people’s physical movements in white enclaves, says Michael Kwet, a visiting fellow at Yale Law School who studies the South African surveillance industry and first wrote about the phenomenon in Vice in 2019.

Only Black people were required to hold the passbooks; white people moved freely. Croock says such claims “purposefully attempt to mislead the public to create fear instead of hope where technology is successful in fighting crime.”

Meanwhile, the privatisation of public safety has crowded out discussion of how the same money could be spent if not on mass surveillance: improved access to water, sanitation, electricity, health care, education and youth employment to alleviate the poverty fuelling the crime. Companies instead see a business opportunity.

“Vumacam’s technology is honed for the purpose of preventing crime and as such does not have mass surveillance capability nor intention,” says Croock. “The concerns of so-called ‘activists’ quoted is propaganda that we deem intentionally malicious, defamatory and without any basis in truth.”

And although crime temporarily decreased during the pandemic, it has once again exploded. Many companies we interviewed argue that this justifies more investment in surveillance technologies.

“​​Surveillance infrastructure honed on crime is key to curbing, preventing and understanding crime which currently impedes the investment and economic growth so critical to job provision and poverty alleviation,” Croock says.

“We have seen that surveillance technologies that were properly installed and had analytics as part of the solutions proactive rather than reactive, had a huge effect on criminal activities,” adds Jan Erasmus, NEC XON’s business lead for surveillance and analytics.

Erasmus says security firms are now working to beef up their facial recognition capabilities to identify suspected criminals. The technology relies on a database of wanted individuals’ faces to compare with faces extracted from surveillance footage.

One security provider, Bidvest Protea Coin, is collaborating with NEC XON to implement a system using 48,000 mugshots of suspects wanted for anything from rhino and abalone poaching to ATM bombings and theft of base station batteries. Both companies hope to share the system with the rest of the security industry as well as with banks and government players.

But there have already been cases in which facial recognition has been used on face databases of individuals with no criminal background.