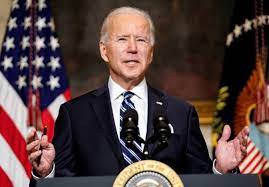 The US Supreme Court has limited the regulatory tools that the Environmental Protection Agency (EPA) can use to curb greenhouse-gas emissions, dealing a massive blow to US President Joe Biden’s climate agenda.

Academics and environmentalists lamented the loss of authority, as well as the precedent it could set for the EPA – and potentially other US agencies trying to tackle major societal issues in innovative ways.

“It’s a very dangerous decision,” says Lisa Heinzerling, a legal expert at Georgetown University in Washington DC. “As an agency, if you are trying to tackle an important [new] question, and you’re trying to do it in a creative way, then this case should give you pause.”

The case the court ruled on, West Virginia v. the US Environmental Protection Agency, was the most consequential climate litigation in the United States in 15 years. It was also the first major opportunity for the court’s new conservative majority to make its mark on US environmental law (former president Donald Trump appointed three justices to the bench, tipping the balance).

In the end, the justices issued yet another seismic decision, following last week’s ruling to overturn Roe v. Wade. The ruling prohibits the EPA from crafting broad regulations to drive the US power industry away from coal and towards cleaner energy sources such as wind and solar.

The lawsuit centred on the technical details of how the EPA should regulate greenhouse-gas emissions. Anticipating how the Biden administration would try to regulate the power industry, the coalition of Republican-led states and coal companies that filed the lawsuit sought a preemptive ban on broad regulations that would effectively overhaul the US power industry, arguing that the 1970 Clean Air Act limits the agency’s regulatory power to the scale of individual power plants.

In a 6-3 ruling, all of the conservative judges sided with the plaintiffs, and ruled that the agency had indeed overstepped its authority in drafting earlier climate regulations. Regulating the US power industry falls under the US Congress’s jurisdiction, not the EPA’s, according to the decision.

Capping carbon dioxide emissions to force a national shift away from coal to cleaner energy sources may be a “sensible” climate solution, the justices wrote in the majority decision, but it is “not plausible” that the US Congress meant to grant such authority to the EPA when it wrote the Clean Air Act. “A decision of such magnitude and consequence rests with Congress itself.”

The court’s ruling could make it much harder for the Biden administration – and its successors – to curb US greenhouse gases as promised under the 2015 Paris climate agreement. And that spells bad news for the planet, because the United States is both one of the largest emitters of greenhouse gases in the world and a critical player among the countries tackling global warming, says Sabrina McCormick, a sociologist at the George Washington University in Washington DC.

The case has a long and unusually complicated history. During former President Barack Obama’s tenure, in 2015, the EPA issued a rule to curb emissions from US electricity generation. It would have required power companies to shift away from polluting coal-fired power plants and towards cleaner-burning natural gas and renewable sources. After Trump entered the White House, in 2018, the EPA issued a rule that more narrowly focused on energy efficiency upgrades at individual power plants to curb emissions rather than industry-wide regulations.

The Biden administration’s EPA had yet to issue its own rule regulating power plants, but the plaintiffs filed a lawsuit anyway, requesting an advance ruling on the matter.

In its decision, the Supreme Court found that the government must be able to point to “clear congressional authorisation” when crafting rules of such sweeping consequence. Legal experts are not surprised: over the past year, the court has used similar logic to knock down regulations from other US agencies, including a moratorium issued by the Centers for Disease Control and Prevention on the eviction of tenants who could not pay their rent during the Covid-19 pandemic and a mask mandate issued by the Occupational Safety and Health Administration that applied to US companies with more than 100 employees.

It’s a high bar that will limit the EPA’s ability to act in the years to come, says Richard Lazarus, a legal expert at Harvard University in Cambridge, Massachusetts. And the odds that Congress is going to step in and provide the agency with new climate authority anytime soon are “essentially nil”.

The last time Democrats tried to push major climate legislation through Congress was more than a decade ago, under Obama. That legislation stalled in the Senate in 2010, however, and the Obama administration tried to sidestep Congress by relying on actions by US agencies, such as the EPA, to limit greenhouse-gas emissions.

The Supreme Court cited that history in its decision this week, pointing out that Congress had already “considered and rejected” the kind of sweeping climate regulations that the EPA sought to push forward in the power industry under Obama.

The Biden administration has so far been following Obama’s lead in crafting new climate regulations, targeting everything from power plants and automobiles to methane emissions from the oil and gas industry. Broad power-plant regulations of the sort considered by the Supreme Court, at least, are now on indefinite hold, but Lazarus says the EPA has other arrows in its quiver. When it comes to the electricity sector, for instance, he says the agency can strengthen regulations on the ash that is produced by coal-fired power plants under laws governing water and hazardous waste.

“Doing so would, as a practical matter, reduce operations of coal-fired power plants and, accordingly, their greenhouse-gas emissions,” Lazarus says.

Biden has also sought to broaden his administration’s strategy, making innovation a centrepiece of his climate agenda, and fuelled it in part with government investments and incentives. Although a federal spending bill that would allocate more than half a trillion dollars to climate programmes over the next decade remains mired in Congress, lawmakers last year enacted a bipartisan infrastructure package that included more than $200 billion in clean energy and climate investments. The president has also charged the full suite of US federal agencies, from agriculture and transportation to treasury, with tackling climate change in creative ways.

The problem, Heinzerling says, is that these agencies are likely considering precisely the kind of novel and innovative policies that the Supreme Court just raised questions about in its ruling. “Those agencies are going to have to look at their authority carefully,” she says, “and I’m afraid this ruling will make them pull their punches.”

Ukraine horrors: Without accountability, some agencies take ‘safari’ so their teams can get something to tell donors