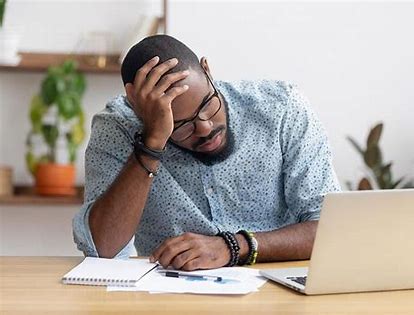 Allison Guy was having a great start to 2021. Her health was the best it had ever been. She loved her job and the people she worked with as a communications manager for a conservation non-profit.

Allison could get up early in the mornings to work on creative projects. Things were looking “really, really good,” she says – until she got Covid-19.

While the initial infection was not fun, what followed was worse. Four weeks later, when Guy had recovered enough to go back to work full-time, she woke up one day with an overwhelming fatigue that just never went away. It was accompanied by a loss of mental sharpness, part of a suite of sometimes hard-to-pin-down symptoms that are often referred to as Covid-19 “brain fog,” a general term for sluggish or fuzzy thinking.

“I spent most of 2021 making decisions like: Is this the day where I get a shower, or I go up and microwave myself a frozen dinner?” Guy recalls. The high-level writing required for her job was out of the question. Living with those symptoms was, in her words, “hell on earth.”

Many of these hard-to-define Covid-19 symptoms can persist over time – weeks, months, years. Now, new research in the journal Cell is shedding some light on the biological mechanisms of how Covid-19 affects the brain.

Led by researchers Michelle Monje and Akiko Iwasaki, of Stanford and Yale Universities respectively, scientists determined that in mice with mild Covid-19 infections, the virus disrupted the normal activity of several brain cell populations and left behind signs of inflammation. They believe that these findings may help explain some of the cognitive disruption experienced by Covid-19 survivors and provide potential pathways for therapies.

For the past 20 years, Monje, a neuro-oncologist, had been trying to understand the neurobiology behind chemotherapy-induced cognitive symptoms – similarly known as “chemo fog.” When Covid-19 emerged as a major immune-activating virus, she worried about the potential for similar disruption.

“Very quickly, as reports of cognitive impairment started to come out, it was clear that it was a very similar syndrome,” she says. “The same symptoms of impaired attention, memory, speed of information processing, dis-executive function – it really clinically looks just like the ‘chemo fog’ that people experienced and that we’d been studying.”

In September 2020, Monje reached out to Iwasaki, an immunologist. Her group had already established a mouse model of Covid-19, thanks to their Biosafety Level 3 clearance to work with the virus. A mouse model is engineered as a close stand-in for a human, and this experiment was meant to mimic the experience of a person with a mild Covid-19 infection.

Using a viral vector, Iwasaki’s group introduced the human ACE2 receptor into cells in the trachea and lungs of the mice. This receptor is the point of entry for the Covid-causing virus, allowing it to bind to the cell. Then they shot a bit of virus up the mice’s noses to cause infection, controlling the amount and delivery so that the virus was limited to the respiratory system. For the mice, this infection cleared up within one week, and they did not lose weight.

Coupled with biosafety regulations and the challenges of cross-country collaboration, the security precautions required by the pandemic created some interesting work constraints. Because most virus-related work had to be done in Iwasaki’s laboratory, the Yale scientists would take advantage of overnight shipping to fly samples across the country to Monje’s Stanford laboratory where they could be analyzed. Sometimes, they would need to film experiments with a GoPro camera to make sure that everybody could see the same thing. “We made it work,” Monje says.

Once the mice had been infected with the virus, the scientists assessed the levels of cytokines in their blood and cerebrospinal fluid (the liquid surrounding the brain) at seven days and seven weeks after infection.

Cytokines are markers secreted by the immune system, and they are critical in regulating inflammation. Not only were certain cytokines elevated in the cerebrospinal fluid at both time periods, but the scientists saw an increase of microglia reactivity in the subcortical white matter of the brain – the squishy white tissue rife with nerve fibres that makes up over half of the brain’s volume. That was another sign of potential trouble.

Microglia are sort of like the central nervous system’s hungry scavengers. They are immune cells that clean up the brain by chomping on dead and unwanted neural debris, among other important functions. “There’s a unique subpopulation of microglia in the white matter called axon tract microglia,” Monje says. These have a specific genetic signature, she continues, and “are exquisitely sensitive to a wide range of insults,” like inflammatory or toxic stimuli.

In response to these stimuli, microglia can become perpetually reactive. One consequence is that they can begin eating away at needed neurons or other brain cells, which further disrupts the brain’s homeostasis. In the case of Covid-19, the scientists found that this reactivity persisted even at seven weeks after infection.

Monje’s team had seen similar elevation in this activity following chemotherapy and in brain samples from human patients who were infected with Covid-19. In the hippocampus (the area of the brain closely associated with memory), this overenthusiastic clean-up effort can deter the creation of new neurons, which are linked to maintaining healthy memory.