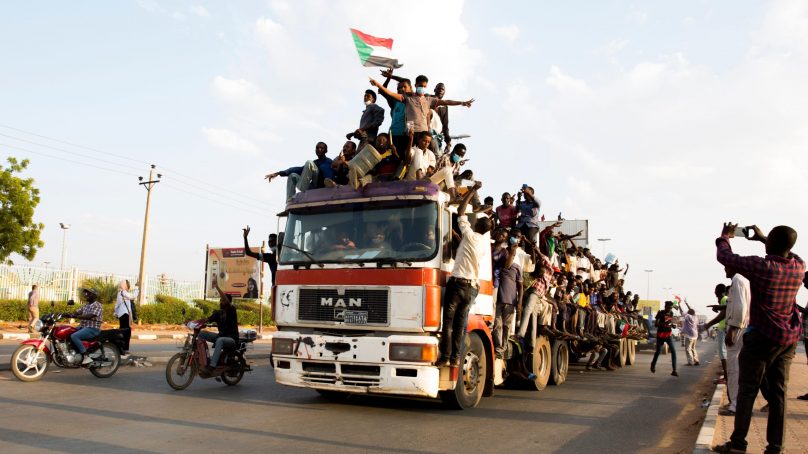 The Sudanese public has since October 24 coup demonstrated that they will not accept the new governing arrangement, despite Abdallah Hamdok’s reinstatement as prime minister. The military, therefore, faces the prospect of ongoing protests, strikes and other forms of civil disobedience that can cripple the military’s ability to govern.

Unlike other African countries experiencing coups, the Sudanese public has a long tradition of non-violent protest and possesses organisational structures that will allow protesters to sustain these efforts.

The military’s gambit to retain control also fails to reconcile the reality that only with a civilian government will Sudan attract the international capital required to address the fundamental economic challenges it faces. This includes a contracting economy, 400 per cent inflation, a large and growing population of unemployed youth and escalating debt estimated to reach $1.2 trillion in 2025 for an economy currently of just $35 billion.

With the military in the driver’s seat, it owns all these economic problems and will face even greater public ire as they worsen.

Burhan and the military have also seemingly calculated that they can garner sufficient international credibility to attract foreign investment, loans, and assistance needed for the military to govern. This may be a misinterpretation of the outpouring of international support and debt relief afforded Sudan since 2019.

The outcome of the Burhan-Hamdok agreement, and Sudan’s democratic transition more generally, remains in doubt. While the military may currently have the upper hand, it needs a degree of both domestic and international support to remain in power, something that has not been forthcoming, thus far.

Following are some of the key factors to watch as Sudan navigates the current stage of its hoped-for democratic transition:

Sustainability of Domestic Resistance. If reinstating Hamdok as prime minister does not gain traction domestically, as appears to be the case, then the military has not gained much political capital from the deal. It will continue to be under pressure to restore the pre-October 25 dispensation.

Release of Political Detainees. This was supposed to be part of the Burhan-Hamdok agreement. Very few of the hundreds of political detainees have been released, however, and further arrests continue. This suggests the military may not have been serious about their release and was simply holding this out as a sweetener for Hamdok and the international community to support the new arrangement.

The military may continue to selectively release detainees as a means of driving wedges within civilian ranks.

Space for Hamdok to govern.  Since Hamdok has already compromised from his initial demand that the entire pre-October 25 cabinet be restored, he will seemingly have less leeway regarding whom he can bring into the cabinet. It is also unclear how many credible civilian leaders will join him under this new government structure.

If few do, then Hamdok will be further isolated politically. It is also unclear how much freedom Hamdok will have to set an agenda distinct from the military. If he were to resign, it would further expose the military as the sole stakeholder under the current arrangement.

Need for precise timelines. Ambiguity over timelines has bedevilled the transition since 2019. When exactly were the civilians supposed to take over the leadership of the Sovereignty Council? When was the Legislative Assembly to be established? When will the reform of key institutions take place?

In addition to security sector reform, these include a constitutional review process, establishing an independent judiciary to adjudicate transitional issues, protections for a free press, civil service reform, and the selection process of the electoral commission. If the transition is to gain traction, answers to these and other critical questions need to be specified.

The military’s move to reinstate Hamdok is partly aimed at convincing international actors that the transition continues to move forward. It remains an open question whether the international community will go along, even if domestic stakeholders, by and large, have not.

Should just a few international actors sign on, the military will have succeeded in fragmenting the near uniform international condemnation of the coup – and begin to secure the external recognition the military requires. International democratic actors, therefore, will need to be clear and unified on the criteria defining democratic progress.

They must also be willing to weigh in with Egypt and Gulf actors who have self-interests in retaining a military government is Sudan.

At the least, drawing lessons from the past two years, the international democratic community will need to consider whether resuming development and economic assistance while the military retains control sends the wrong signal and creates disincentives for the transition.

Failing to hold firm against the Sudan coup, moreover, will further accelerate the pattern of coups Africa has experienced in recent years.

“Democratic transitions are rarely linear. Rather they are often marked by ups and downs as entrenched interests resist demands for change. This is the place in which Sudan now finds itself.”

The history of Sudan’s military government has been abysmal. Sudan has underperformed in terms of poverty alleviation, development and job creation for decades. Non-coincidentally, corruption, disparity, repression, conflict and genocide have been hallmarks of the Sudanese military’s governance model.

The chronic mismanagement of the economy has led to the economic crisis the country current faces. The realisation that economic opportunity and improved living conditions are directly linked to a genuine democratic transition are what is driving the popular demand for change – in 2019 and 2021.

Democratic transitions are rarely linear. Rather, they are often marked by ups and downs as entrenched interests resist demands for change. This is the place in which Sudan now finds itself. How the collection of relevant actors – citizens, civilian leaders and international actors – reacts to the military’s latest move, will shape whether this turn in Sudan’s saga is a setback or an impetus for further progress.