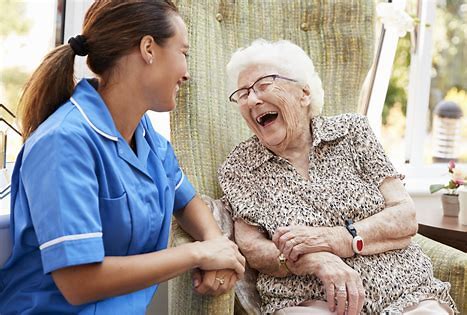 Stroke recovery: Doctors at Ohio University discover how an existing drug helps the brain repair itself

Dr Andrea Tedeschi, an assistant professor in the department of neuroscience at Ohio State University Medical Center, says the concept of “brain plasticity” is so important when it comes to understanding brain health.

In research findings, Dr Tedeschi explains, “Brain plasticity refers to the innate or intrinsic, ability to compensate for a lack of functioning areas by, in principle, rewiring spare areas of the nervous system. And it’s something that is really amazing if you think about it because it allows us to repair the nervous system under certain conditions.”

Dr Tedeschi is the corresponding author of a new study in mice that investigates the use of an existing drug to help the brain repair itself after an ischemic stroke. The study found that administering gabapentin, an anticonvulsive medication, soon after a stroke helps the brain more effectively work around damaged areas.

The neuroscientist points out, “I think that the way that the drug is [commonly] being prescribed, it’s to deal with the consequences of […] maladaptive changes [that] are now intrinsically wired into the system. So, prescribing the drug if [the patients] have some sort of pain or [problematic] excitability of a certain part of the brain […] it’s not going to wipe [it] out.”

By contrast, “The way we intend to use it,” he says, “It’s more or less as a prophylactic type of drug.”

“Administering this class of drugs in an earlier phase, when the system has not yet committed to a maladaptive route, then I think it’s really increasing the chances of something that we call an adaptive response.”

Gabapentin blocks two proteins, alpha-2 delta-1 and alpha-2 delta-2. Unchecked, these two proteins normally increase after an event such as a stroke or brain injury, inhibiting the brain’s ability to re-route lost function.

According to previous research by the same team, gabapentin blockade of alpha-2 delta-1 and alpha-2 delta-2 can prevent their normal inhibitory function, effectively lifting the brakes and enabling nerves to grow and regenerate lost function.

The brain “needs these subunits to be there,” says Dr Tedeschi, but after a stroke, “they’re setting up the stage to create more excitability across the large area of the neural network and this contributes to the establishment of detrimental conditions.”

“Most of the time,” he says, “what we see is that under conditions where there is some form of plasticity, excitability of networks tends to be suppressed.”

When a neuron is hyperexcitable, it responds to a lower-than-normal stimulus threshold.

Dr Tedeschi provides an example: “If you put your hands on a hard surface, you’re not supposed to feel pain because you feel like there is a hard surface under your hand. If somehow the signal now is miswired and there is hyperexcitability of the group of neurons that are controlling this mechanical sensation, this information is perceived as a painful stimulus.”

“When there is out-of-control neuronal excitability, then these neurons will respond to a very light, very low threshold input and that can cause muscle contraction even when you don’t want it,” he explains.

The researchers induced ischemal stroke changes in the sensory-motor cortex of male and female mice using a photothrombotic stroke technique.

For the mice in the six-week study who received daily gabapentin, the researches saw a significant recovery of motor control by the end of the study period. Encouragingly, two weeks after treatment with gabapentin ceased, the mice retained that degree of improvement. The untreated mice did not recover motor control to the same extent.

As to whether the recovery of this degree of motor control was the extent of improvement mice may experience after gabapentin, Tedeschi notes with optimism, “Yeah, certainly there’s going to be more beneficial effect than what we discover. And this is actually a work in progress. We are trying to dig deeper, and on a daily basis, we are actually discovering new things. This is something that unfortunately, I’m not allowed to discuss, but certainly, there are going to be follow-up studies. Pretty much like every week, we learn new things about the action of these drugs.”

Not all of gabapentin’s effects are positive, the neuroscientist cautions, meaning that there will likely be situations in which gabapentin would not be indicated.

Dr Michael W. O’Dell, professor of clinical rehabilitation medicine at Weill Cornell Medicine in New York City, who was not involved in the study, says, “There are always limitations in translating basic science, animal studies to humans, but in so much as this is a well-conducted study it does provide additional insights into the potential of pharmacological enhancement of brain plasticity in humans following stroke.”

“It should be pointed out, however, that in practice, in well-designed, larger clinical trials, there has not been a great deal of success in this area,” he notes.

“From a clinical standpoint,” Dr O’Dell, adds, “the fact that gabapentin is a widely available, inexpensive, and relative safe drug is an encouraging aspect of this study should the finding translate to any degree to a human population.”