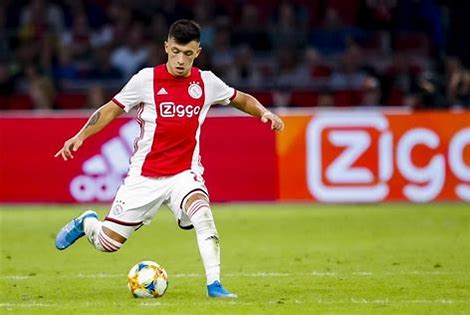 Initial talks have already taken place with Arsenal willing to offer around £25 million ($30.6 million) for the Argentina international, however, Ajax have dismissed that figure and want more with the knowledge they have other clubs willing to bid.

The 24-year-old can play as a centre-back, left back and centre midfield. According to reports in The Athletic, Arsenal believe Martinez can offer competition to established left-sided centre-back Gabriel Magalhaes while also providing cover for Kieran Tierney at left back.

Arsenal’s late season issues came to the fore when Tierney was ruled out for the remainder of the campaign, with Mikel Arteta often having to resort to using unnatural players in the position.

Were Martinez to arrive, it is likely that Nuno Tavares would depart, seemingly on loan although reports have suggested that they would sell the Portuguese for the right price. Martinez is a current Argentina international and helped his country win the inaugural Finalissima against Italy at Wembley this month.

Martinez was an understudy to Cristian Romero and Nicolas Otamendi last year as Argentina won the Copa America. Barcelona are admirers of the defender although they have other priorities once they release more finance for transfers from the sale of marketing licensing and broadcast rights.

The Daily Mail reports that Arsenal are still keen on Lisandro Martinez and expect the defender to be the next to follow Fabio Vieira through the Emirates door this summer.

And despite having a reported offer of £25 million ($30.6 million) rejected, the Gunners are set to launch another bid for Ajax centre-half.

The pursuit of the defender is part of the Gunners’ chase for several established stars to strengthen a young squad that easily crumbled under pressure last season.

Consequently, the Gunners are hoping to wrap up a deal for Gabriel Jesus quickly and what could go in their favour is that the Brazilian is keen on joining according to reports. But reports suggest that Mikel Arteta is also eyeing another Brazilian attacker in Raphinha, however, this deal is reportedly dependant on the future of Nicolas Pepe.

Stroke recovery: Doctors at Ohio University discover how an existing drug helps the brain repair itself