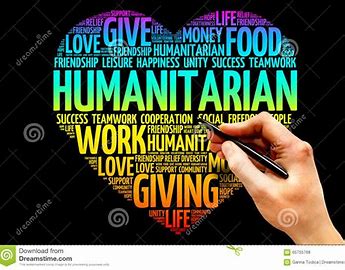 Step in the mind: Humanitarianism is in trouble, needs urgent reforms for impact

The Grand Bargain, a sweeping reform deal between donor nations and the main international aid organisations, was intended to allow a more efficient and effective response to emergencies around the globe. But five years on, the plan is due for a rethink, and signatories are preparing to hammer out the second version next week. In this two-part article, we look at the hurdles and hopes they will confront, speaking with dozens of individuals across the humanitarian sector about what’s next.

In May 2016, a sweeping deal was struck between the most powerful humanitarian players – the donor nations and the main international aid organisations. Its purpose: to make the system more efficient so it could respond more effectively to emergencies around the globe.

But five years after the Grand Bargain – as it came to be called – was negotiated at the first-ever World Humanitarian Summit in Istanbul, momentum has slowed. “There’s nothing grand about the progress that’s been made,” is how one group of non-governmental organisations put it.

Fortunately for those trying to make it work, the deal was meant to be re-evaluated after five years, and this is the year to do that.

As discussions on overhauling the plan are poised to begin next week, The New Humanitarian spoke with dozens of people – from local and international NGOs, UN agencies, the Red Cross and donor nations – to find out what went wrong and get their ideas on how to make things right.

While many said they see value in continuing the dialogue, and appreciate that individuals from across the sector are trying to find solutions, they’re also weary of the disagreements and disappointed by the patchy progress over the past five years.

“The Grand Bargain is a mechanism of coordination, not a mechanism of action,” said Hibak Kalfan, executive director at the Near Network of local and national NGOs.

After months of consultations with the more than 60 signatories, a Grand Bargain 2.0 has been proposed by the Facilitation Group – composed of representatives from each of the four original signatory groups (the donors, UN organisations, international NGOs and the Red Cross/Red Crescent Movement).

The new proposed framework, obtained by The New Humanitarian, will run until 2023, at which point there will be another stocktaking of what has been achieved. It hones in on two priority areas: greater support to local leadership, as well as participation of affected communities and more long-term, flexible support – or “quality funding” – to humanitarian responders. These, the proposal asserts, have “the most potential for system-wide transformative impact on the humanitarian ecosystem.”

Version 2.0 also revamps the structure, seeking to elevate it from the technical working level to the more strategic, political sphere in the hope that this will help resolve persistent gridlock. It also seeks to strengthen engagement with local actors by increasing their representation and influence.

The specifics are set to be worked out at the June 15-17 annual meeting, with Jan Egeland, the secretary general of the Norwegian Refugee Council, stepping in to guide this next phase as its new leader, or “Eminent Person”.

In July, Martin Griffiths will also start as Emergency Relief Coordinator – the top humanitarian position at the UN. As someone with a long humanitarian career, he may be able to help steer the sector through some of the thorniest problems the bargain seeks to address.

Today, many of the Grand Bargain’s 51 original commitments have only been partly upheld, or have been buried in committee work and small-scale pilot schemes. “It has been a really mixed bag,” said Wendy Fenton, coordinator of the Humanitarian Practice Network and senior research fellow at the UK-based Overseas Development Institute, which annually reviews progress on the Grand Bargain commitments, and just released its latest review.

“Five years sounds like a long time, but it really isn’t. I don’t know why we thought it would be possible to accomplish 51 commitments within such a short timeframe.”

Rewind five years to when the bargain was introduced, and the humanitarian sector was in trouble. The world was changing much faster and more violently than expected, leaving more people from all corners of the world in need of its assistance.

Technical fixes had been made over the years to improve the system’s functioning, but it had reached its limits. As the sector’s major biannual review of humanitarian performance acknowledged at the time, “even as its machinery becomes more elaborate and finetuned, it is still akin to a pocket calculator attempting the job of a computer.”

Many believed the problem came down to money. For a long time, donors had only been coming up with a fraction of the amount required to meet major needs. In 2015, the UN estimated that $19.8 billion was required, with donors able to provide $10.9 billion of that, leaving a 45 per cent shortfall.

António Guterres, speaking then as the head of the UN’s refugee agency, said the humanitarian system was “broke, but not broken.” The humanitarian community had to find ways to make the system more efficient and cost-effective.

This time, the spirit was one of, we all want to make this humanitarian endeavour better, let’s help each other make that happen.

In 2015, the UN secretary-general called a nine-person panel of influential global leaders – from governments to the private sector – and tasked them with finding ways this stretched and weary aid industry could be better financed.

By the start of the following year, they arrived at three recommendations, the last one, which would come to be known as the Grand Bargain, was to make the humanitarian system itself more efficient so the money it did disburse could go further. All told, this plan was going to save the system an estimated $1 billion.

The report arrived at a time when the appetite for reform was strong and growing. The Sustainable Development Goals – a collection of 17 global targets set out by the UN to improve worldwide development – had been announced in 2015, with promises to “leave no one behind”.

And, significantly for the humanitarian sector, preparations for the 2016 World Humanitarian Summit – a first of its kind meeting in Istanbul that would bring together 9,000 people from around the world to address the most pressing issues of the time – were well underway, and would ultimately be where the new agenda was launched.

Americans no longer agree on the nation’s purpose, values, history or meaning