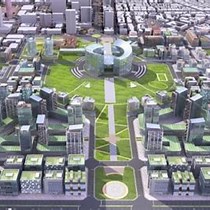 An attempt by two influential cabinet ministers in former President Mwai Kibaki and their sisters to acquire and sell houses belonging to the Kenya Railways Corporation in Nairobi’s Kileleshwa upmarket neighbourhood highlights the manner in which the struggling state corporation was bled dry by ruthless government functionaries and the relatives.

The stealing and disposal went into overdrive as Kenya inched closer to the 2013 elections and the commencement of the construction of standard gauge railway (SGR).

Documents obtained by Tell from the state corporations inspectorate at the time showed the conniving parastatal’s senior officials helped owners of one of Royal Media house to acquire chunky parcels of land in Kilimani and Upper Hill, where they set up businesses.

The two ministers – one from the Coast and the other from Rift Valley – took advantage of the grey areas in gradual state disengagement from the corporation to acquire property in posh residential estates.

The narrative of how KRC property was acquired for a song, ropes in a former long-serving permanent secretary whose father was an influential minister in former President Daniel arap Moi government.

At the time of filing the report, the PS – now a governor in central Kenya – was in the final stages of developing an estate in Kilimani/Kileleshwa on land KRC had built staff houses. The PS violated all set building regulations to expand land in his name to the fence of the Kileleshwa Police Station in Nairobi.

An audit report by the Kenya National Audit Office, dated January 19, 2010 says the brazen disposal of non-strategic properties conveniently left out majority of the workers at the cash-strapped state corporation.

The revelations raised questions of integrity and abuse of office in resource utilisation and mobilisation as the state pulled out of management of public utilities. The government when, as now, ignored complaints raised by KRC staff.

The audit of the corporation’s property in Kileleshwa estate was the first to raise a red flag about how the permanent secretary in the presidency, a senior civil in former prime minister’s office, a family member of the former prime minister, an under-secretary in the president’s office acquired the houses in Kileleshwa and Upper Hill estates and leased them out to third parties.

The issue was first raised just before the commencement of the construction of the SGR raised the issue with how the senior government officials were allocated the houses in total disregard of the provision to give priority to the staff of the corporation. When asked to clarify what looked an anomaly, the then managing director Nduva Muli, through corporation’s then spokesman Timothy Musunza, declined to comment. Instead, Muli was promoted to the position of permanent secretary in the ministry of transport.

It had been expected that Muli would shed light on the status of the disposal, revenue raised and how mainly high-ranking government were allocated houses on long-term leases.

Ordinarily, KRC property lease expires after two years, but the lease period for houses in hands of ministers and PSs or their relatives are as high as 65 years (as was the case with Royal Media house, whose lease was extended from two years to 25 years and then 40 years.)

According to a formula that was prepared by an inter-ministerial committee comprising representatives of the ministry of transport, finance, trade, local government, cooperatives and planning, 82 houses occupying 82 areas in Thompson, Lavington, West Kileleshwa, Kileleshwa and South B estates were supposed to be sold to KRC staff at a discounted price of 40 per cent of current market value. Instead, it the PSs and their kin who acquired the property – fraudulently – by forcing down the value of the houses.

Fifty-one other houses in Nairobi situated on Pate Road, Kiambere Road, Riverside Road, Makadara estate Embakasi Marshalling Yard, Hamza and Wesltands on 364.7 acres were supposed to be disposed of through competitive bidding and open tendering. The house on Elgon Road had been earmarked for the government at market price.

The audit report covering 2008/2009, accuses top KRC management of involvement in to mega corruption leading to a decline in performance and loss of Ksh2,123,652,935 ($18.2 million), representing a 340 per cent decline. Despite the damming revelations by the Kenya National Audit Office, a state agency, no action has been taken on culprits and neither was referred to the Ethics and Anti-Corruption Commission (EACC) to investigate possible economic crimes. No explanation was forthcoming from Muli, the chief executive.

Nearly 15 years since the theft was made public, the senior government and parastatal heads in question – many of them retired – walk scot-free.

The report also accuses management of deliberately hiding information on the financial status of the corporation and even more intriguing, failing to inventory some of the non-strategic properties earmarked for disposal to raise funds for offset a Sh25 billion ($21.5 million) debt portfolio that precipitated a steep sag in services delivery.

It observes, “Section 13 of the Public Audit Act (2003) requires state corporations to submit their financial statement for audit not later than three months after the end of the financial year to which they relate. However, KRC did not submit the financial statements for the year ended June 30, 2009 until October 2009, six days late after the due date of September 30, 2009…(There was) no evidence to show the corporation had sought extension from the national assembly.”

The criticism of the corporation’s due diligence does not stop at that. Referring to information given by the corporation, the audit takes issue with financial and asset reconciliation.

Against this backdrop, the report adds, “The corporation leased out some of her property on long-term arrangement and these have not been reflected in the financial statement. For example, the entire land along Uhuru Highway and Bunyala Road Upper Hill area along Elgon Road (LR209/6500).”

It concludes that the there is a high risk the property worth millions of shillings that could have been deliberately left out on account of imprudent financial management.