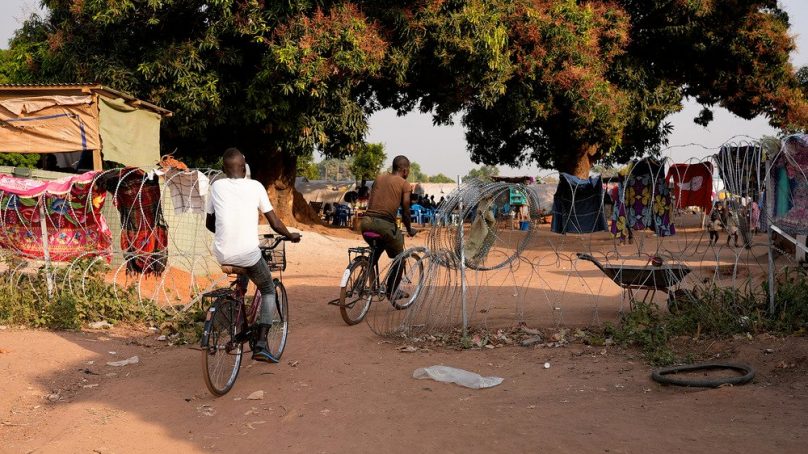 Keen to proclaim South Sudan as on the cusp of becoming a peaceful country, international actors have claimed that there has been a marked reduction in political violence since the signing of a peace agreement in 2018 and the formation of a power-sharing government two years later.

But analysts, conflict monitoring groups and local residents say the peace agreement has in fact caused a significant escalation in violence, as commanders and politicians compete for power in a transitional government based in the capital, Juba, by fighting wars in the peripheries – conflicts that international actors, including a billion-dollar UN mission in the country, and the United Nations Security Council, which has sanctioned South Sudan, often chalk down to communities fighting each other.

Additionally, political elites have used disarmament campaigns to disempower groups associated with their rivals, putatively under the guise of disarming civilians – a goal the international community supports – while changes to the way local government positions are rewarded has led to a crisis of political legitimacy in much of the country.

“The peace agreement has created a series of zero-sum struggles for power, in which local politicians are accountable only to the capital and not to the communities they are supposed to represent,” said Ferenc David Marko, a researcher with the Geneva-based NGO Small Arms Survey, which monitors conflict in the country. “Often, these communities become pawns in political games.”

Tensions are likely to increase as the country progresses towards elections, tentatively forecast for 2023: Candidate selection will be an occasion for jockeying for positions, and the use of violence in political negotiations is expected to intensify.

Few are sanguine about the results of that process. “We will not even get to elections,” said a politician in Juba who asked not to be named. “The only people who want elections are the international community. And believe me, they will be a disaster.”

Further violence risks deepening a humanitarian crisis that has already left more than eight million South Sudanese in need of assistance and over 4.5 million people either internally displaced or living as refugees.

Despite the crisis, it’s now commonplace to hear people in Juba say the country is at peace – a way of thinking that appears to suit both politicians and an international community that is often keen to support the government with donor funds and political legitimacy, and to declare the beleaguered peace process a success.

“Politicians in Juba have learned that it’s useful for them to keep up the appearance of the peace agreement. Then the international community is placated and funds can continue to flow… while they fight for positions in the rest of the country,” said Marko. “It’s a war they call peace,” he added.

The current peace agreement is the second between President Salva Kiir and opposition leader Riek Machar, now the vice-president, since civil war broke out in 2013 – two years after South Sudan gained independence from Sudan. The civil war left at least 400,000 people dead.​

Top UN officials in the country say conflict between the belligerent parties has decreased despite continued clashes in the Equatorias – one of three regions in South Sudan – between the government and the National Salvation Front, which is a non-signatory to the peace deal.

The Security Council claims clashes that continue to scar other parts of the country are largely inter-communal in nature, and attributable to a power vacuum that occurred between the signing of the peace agreement in 2018 and the delayed appointment of state ministers and county commissioners in 2020 and 2021.

According to the logic of this claim, violence between communities is anarchic and the result of the absence of the state. The solution to such conflict then, for the Security Council, is increased government presence – more politicians, not fewer.

But in South Sudanese states like Warrap – where clashes between pastoralist sections of the Dinka, the country’s largest ethnic group, have displaced thousands of people – few local residents seem convinced of that reasoning.

“It is the politicians in Juba that are causing all the problems here,” said one resident of Warrap, who spoke to The New Humanitarian late last year on condition of anonymity due to security concerns.

The resident, and several others, said local gelweng – cattle guards responsible for protecting Dinka livestock – were being sponsored to attack communities by politicians seeking to parlay violence into political power.

If politicians can make an incumbent official look weak – and show that they have the backing of the local youth – then Juba may pay attention and reward them with positions in the transitional government or with military ranks in a national army promised under the peace agreement, but yet to be formed.

Warrap is not the only place where this is occurring. During clashes in Jonglei state in 2020, UN experts found evidence that political and military elites had armed and funded all sides of a conflict involving Bor Dinka, Lou Nuer, and Murle communitarian militias.

And in Tambura, an administrative area in Western Equatoria state, violent clashes from June to October last year saw dozens killed and more than 80,000 displaced after politicians allegedly whipped up ethnic hatred to mobilise people to fight.

While much of this violence has a political – rather than simply intercommunal – dimension, it is also taking place amid an economic crisis exacerbated by heavy flooding that has displaced more than 800,000 people since May 2021.