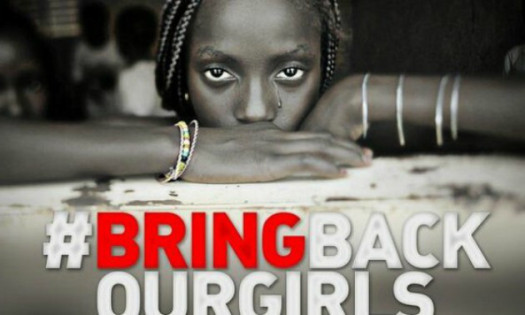 Watching the analytics skyrocket during a dentist appointment in San Francisco, Jack Dorsey was struck by how quickly a hashtag can move. The founder of Twitter had seen people fire off tweets to coordinate protests in Iran in 2009, and the next year, the website had galvanised crowds of millions to overthrow autocratic regimes during the Arab Spring.

Closer to home, he’d watched tweets carry images of antiracism protests in Ferguson, Missouri, a mostly black suburb outside his birthplace of St Louis. But this, he decided, was different, a story that immediately resonated.

It was about a group of innocent girls being snatched from a school. Here was that rare universal issue that transcended the partisan divisions his website was accused of stoking. “Extremely powerful,” he thought. “It touches every single person on the planet.”

It was Twitter’s eighth year and the website had never entirely settled an argument Jack and his business partner, Evan Williams, had had at length: Was this a website to talk about yourself? Or the news? “

Instead of resolving their dispute, the men had taken their website live and had let users decide. By 2014, it was transforming into a wildly popular vortex of news, political invective and chatroom jabber, with an undercurrent of dangerous subcultures, including a new terrorist group recruiting foreigners to fight in Iraq and Syria.

All of it powered the rise of a company with a stock market valuation of $25 billion. “It’s as if they drove a clown car into a gold mine and fell in,” Mark Zuckerberg had deadpanned.

Angry condemnations of the media and its collective failure to cover the events users believed important became a potent Twitter refrain: “Why is nobody talking about the fire on Third Street?”

A few months before #BringBackOurGirls, Justin Bieber, Oprah Winfrey and Kim Kardashian had tweeted a YouTube video tagged “Stop Kony,” part of a plan to make Joseph Kony, a Ugandan warlord, so famous on social media that he would stop kidnapping children.

The video, YouTube’s first to top 100 million views, felt like a novel phenomenon.

If regular people, tapping Retweet from their privileged homes in America, could elevate an African injustice onto the global news agenda, maybe they could summon the collective energy required to resolve it.

But if the technology was brand new, the themes were not. Some of the most successful popular culture products ever sold had supplied Western audiences the same emotional release: African children are in need, and a celebrity needs you to help save them.

Up to 40 percent of the entire world’s population had watched pop acts from Tina Turner to David Bowie play the 1985 benefit concert Live Aid to feed starving Ethiopian youth. That same year, Michael Jackson wrote “We Are the World (We Are the Children),” a charity release that became the fastest-selling pop single in history. Ironically, this strange collective ritual had been born in 1960s Nigeria, when the country’s southeast declared itself the independent Republic of Biafra.

As the federal government began to starve the region into submission, John Lennon, Joan Baez, and Jimi Hendrix all raised voices and money on behalf of the hunger-stricken Biafran youth. After two million deaths, Biafra surrendered in 1970, but the modern aid industry, complete with its uneasy co-dependency on rock-star activism, was born.

Nearly half a century later, the same experiment was being run on a smartphone. If regular people, tapping Retweet from their privileged homes in America, could elevate an African injustice onto the global news agenda, maybe they could summon the collective energy required to resolve it.

By May 1, websites were cranking out articles about the Chibok kidnapping, but this time through a new lens. Pop culture icons were driving a movement that anyone could join with a click. Singers Chris Brown and Wyclef Jean, alongside actresses Alyssa Milano and Mia Farrow, were among the first celebrities to demand that news organizations “keep this story in the news,” reminding them, “You can save lives here.”

Their pleas were activating a feedback loop between pop stars and the news. This was a very different story that was now catching fire, and its focus was no longer the teenage girls taken from a small town in northern Nigeria. It was about the power and promise of the Twitter crowd. America was using the story of the missing students of Chibok Government Secondary School to talk about America.

Twitter was turning its firehose on Nigeria at a terrible moment for the country’s president. Back in Abuja, Goodluck Jonathan’s administration was putting the final touches on a summit that he hoped would redeem the country’s image and potentially bring in billions of dollars’ worth of business.

The World Economic Forum was normally held in the Alpine resort of Davos, Switzerland, affording captains of industry and heads of state a venue to pontificate on panels about the future of the global economy.

But from May 7, its Africa edition would take place at the Abuja Hilton, the gigantic 667-room modernist hotel complex that was Nigeria’s unofficial seat of money and power. The hotel’s bombproof gates shielded an expanse of palm-lined parking lots where chauffeurs on wooden benches waited for calls to collect their VIPs at the glass doors of the smooth-jazz-soaked lobby.

The hotel’s 10th floor, guarded at the elevator and blocked off to ordinary guests, opened into an executive lounge with a panoramic view of the skyline. Inside, government officials, Western oil company executives and the fuel smugglers who stole crude from their pipelines, foreign arms traders, and lobbyists from neighbouring African states all hobnobbed at the bar.

Jonathan’s office had spent months finalising a security plan to ensure that the summit was a public relations triumph. And yet across the street, on a dilapidated highway median that cut in front of the Hilton, another more compelling drama was now unfolding.

Oby Ezekwesili, a formidable former education minister, was calling on her 128,000 Twitter followers to join her for a protest next to Abuja’s stained and derelict Unity Fountain. It was built to symbolise Nigerians’ desire to be a nation, but there was no water in the fountain. On the first day, a few dozen protesters marched in matching red through pouring rain.

But by May 7, they had swelled from a tiny band of women wearing red T-shirts and berets to a thousand-strong group of fist-pumping protesters, waving placards with evocative messages: “Please do something!” “The girls don’t deserve this.”

Journalists from major networks who had jetted in to cover the World Economic Forum were walking over from the Hilton, recording striking visuals with their camera crews or phones. The coverage was inspiring parallel protests in Nigeria’s largest cities.

“What do we want?” Oby would chant, in a rousing call and response. “Bring back our girls!” would come the answer. “Now and alive!” Shuttling between meetings inside the Hilton, President Jonathan was increasingly convinced that the kidnapping and the online uproar stemmed from a conspiracy of northern politicians looking to unseat him.