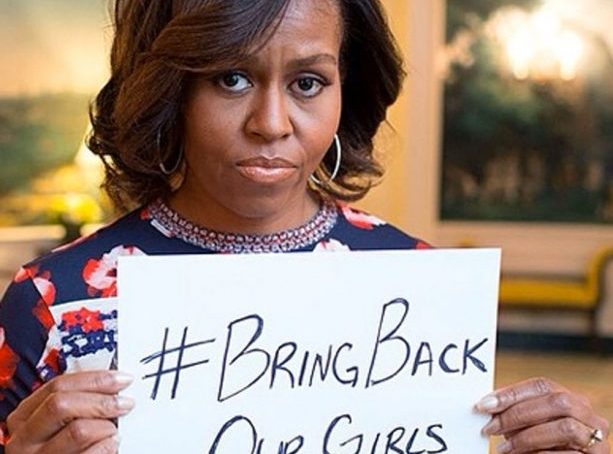 Russell Simmons was finishing his morning yoga routine on a yacht floating in the turquoise Caribbean waters off St Barts, peacefully unaware that he was about to provoke a tidal wave. The man who founded the boom-bap hit machine Def Jam Records in a cramped Manhattan dormitory room and made it one of the world’s top record labels, with a roster that included Public Enemy and the Beastie Boys, was now an evangelist for what he called “operating from a quiet place,” practicing transcendental meditation or yoga for hours daily.

His latest book, Success Through Stillness, published a month earlier in March 2014, advocated silence as the place “from which all creativity springs.” But Simmons’ recent obsession with mindfulness had not stopped him developing an addiction to what had become the most cacophonous corner of the internet.

His @UncleRush Twitter account, combined with the Facebook and Instagram pages it cross-posted onto, had more than 10 million followers, and he updated them constantly from TweetDeck, an application that let him promote his media and fashion brands while scanning four columns of streaming content at once. His posts were retweeted, liked or shared thousands of times.

The mogul, now nearly 60, had become an influencer – a second act that would falter years later after a dozen women accused him of sexual assault.

Simmons’ tweets hardly ever mentioned foreign affairs, usually opting for self-help quotes, vegan recipes and aphorisms for the aspiring entrepreneur. And the early hours of April 30 were no different, as he sent a flurry of posts on subjects from mindfulness to gun violence and the writings of Maharishi Mahesh Yogi, a white-bearded yoga master who had once been guru to the Beatles.

Shortly after breakfast, Simmons read an article on GlobalGrind, a black entertainment website he owned and often used his social media accounts to promote. It was about a kidnapping and protests in Nigeria. Thousands of miles away, in a remote Nigerian town called Chibok, 276 schoolgirls had been kidnapped from their dormitory the night before their final exams.

They were high school seniors, a few hours of test questions away from graduating as some of the only educated young women in an impoverished region where most girls never learned to read.

They’d been dozing on bunk beds, studying notes, or reading the Bible by flashlight when a group of militants barged into the school, bundled them onto trucks, and sped into the forest. The students had become captives of a little-known terrorist group called Boko Haram, which filled its ranks by abducting children. The girls’ parents chased after them on motorbikes and on foot until the trail went cold. The schoolgirls looked set to be forgotten, new entries on a long list of stolen youth.

But a couple of weeks later, a small band of Nigerian activists decided to protest the government’s slow response, marching down a Nigerian highway in the capital, Abuja. They had tagged their tweets with a hashtag first posted on Twitter by a lawyer with less than 100 followers: #BringBackOurGirls.

Good intentions lead to good outcomes, Simmons thought, as @UncleRush popped out an 81-character tweet: “234 Nigerian girls have gone missing and no one is talking about it … Please RT! #BringBackOurGirls.”

The number he cited was inaccurate, but the hashtag was correct. He didn’t know it, but his tweet, sent at 9:11 am East Coast time, 2:11 pm in Nigeria, marked the beginning of a celebrity-driven cycle that would catapult #BringBackOurGirls from a distant campaign about a forgotten war to the very pinnacle of American cultural and political power.

Within hours, the hashtag would explode, mushrooming out through social media, captivating millions and ultimately raising intricate questions over why some causes catch fire and others don’t.

Simmons had no idea his tweet held any special significance. A few minutes later, he was tweeting again to plug Mission: G-Rok, his new video game pitting an 11-year-old rapper against an evil boss named Smogorex.

But in the background, the attention economy had begun to react. @UncleRush’s followers included a potent mix of Twitter’s super-famous and almost famous users: talk-show hosts and recording artists, pop-culture critics and activists with a taste for politically conscious rap, social media mavens positioned at the toll gates between news and entertainment.

Within minutes of tweeting #BringBackOurGirls, thousands of likes and retweets began cascading into Simmons’ phone. One hour later, the rapper Common, weeks short of signing a record deal with Def Jam, and on his way to a meeting in midtown Manhattan, repeated the hashtag to his own millions of followers.

Under each influencer’s tweet, a crowd of followers began to rally one another, amplifying the hashtag and pivoting their anger onto the news media. This was a moral battle that needed to be joined. The hashtag #BlackLivesMatter was less than a year old, on a website whose user base was more racially diverse than the US population at large.

Some of the same unanswered frustrations seemed to be at play in the case of the kidnapped schoolgirls: “Why do we have to beg the media to cover the abduction of children who look like us?!?” asked one tweeter with hundreds of shares. With a turn of the lens – “And no one is talking about it” – the obscure Boko Haram conflict suddenly had something to say about America.

Thousands began to ask how US media would react if these girls were white, many tweeting the hashtag #234WhiteGirls. One user tweeted, “There’d already be a Lifetime movie in the works.” #BringBackOurGirls mentions tripled in the hours after @UncleRush weighed in.

But the metrics were about to be supercharged by one of the world’s most beloved recording artists. At 1:27 pm, from her estate in Saddle River, New Jersey, the queen of hip-hop soul, Mary J. Blige, addressed her 20 million followers: “It’s been two weeks since the kidnapping of 234 Nigerian girls and they still aren’t home #bringbackourgirls,” she tweeted, adding an evocative black-and-white photo of a young school-age girl wearing a forlorn stare, a tear running down her left cheek.

The teenager in the photo was not even from Nigeria, but the West African nation of Guinea-Bissau, two thousand miles from Chibok, yet more than 16,000 people shared Mary J’s post, broadcasting it to their own followers with furious narrations appended. “We have to do something!” “Where the hell is the media!!! Where is the outrage!!”

By the time the day closed in New York, 62,000 people had tweeted #BringBackOurGirls – and millions had seen it. Suddenly, the tone of global media coverage began to change. The story, feeding off itself, now had a new protagonist for an online audience: us.