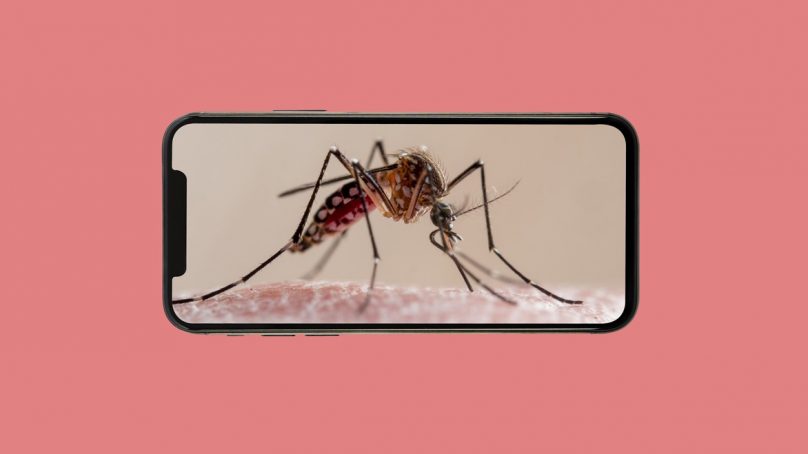 Debojyoti Chakraborty took just a few months to develop a Covid-19 diagnostic test that worked in his lab; the challenge was to optimize it for the field. Based on the gene-editing technology CRISPR, the test produces a band on a paper strip if viral RNA is present.

But Chakraborty, who heads an RNA biology group at the Institute of Genomics and Integrative Biology in New Delhi, says he and his colleagues couldn’t always agree on whether a faint band counted as a positive signal.

What they needed was an objective – and, ideally, portable – quantification tool. Then Chakraborty realised he already had one: his smartphone.

The researchers developed an app to photograph the paper strip, identify and quantify bands using machine learning and export the results to the cloud. Called Topse, their app laid the foundation for a test that has now been approved by the Drugs Controller General of India.

“You can actually do this test in local pathology labs in places that are resource-limited,” Chakraborty says. “Perhaps one day it can be done even at home.”

The billions of smartphones in use worldwide offer unprecedented opportunities for disease tracking, diagnostics and citizen science, as Chakraborty learnt. Examples include apps that enable phone users to monitor Covid-19 symptoms, count disease-carrying mosquitoes and detect microscopic pathogens. They could even help the world to prepare for the next pandemic.

“These tools can be incredibly cheap to deploy and they get real-time insights directly from people on the ground,” says John Brownstein, a computational epidemiologist at Boston Children’s Hospital in Massachusetts. “That kind of data can outpace what traditional surveillance provides.”

Smartphone science didn’t start with Coovid-19. But the pandemic has spurred researchers to fast-track citizen-science efforts that use smartphones to gather information about the disease. Volunteers can regularly log details about their symptoms, testing status and location through apps or websites.

For instance, data from five million users of Brownstein’s crowdsourced tracker for influenza and Covid-19 – called Outbreaks Near Me – provided early evidence of the benefits of masking.

“You get these impressive insights that would be harder to collect from traditional health care quickly,” he says.

Such projects can be rapidly deployed, an advantage in a fast-moving public-health crisis. Cardiologist Gregory Marcus at the University of California, San Francisco, was able to take his team’s Covid-19 Citizen Science app from concept to 50,000 participants in under a year.

“That would be impossible in a conventional research study,” he says. And because users enrol by downloading an app such studies are easy to scale up and tweak: researchers can add questions about new vaccines or virus variants, for instance.

Claire Steves, who studies ageing at King’s College London, analysed data from the United Kingdom’s Covid Symptom Study app, which has been downloaded by some 4.5 million people. She and her team used data from the app to develop a predictive model that found that a loss of the sense of smell (known as anosmia) was a predictor of testing positive for Covid-193.

The team also used data from the app to identify Covid-19 hotspots in the United Kingdom4 and to establish that long Covid, in which people experience persistent symptoms, was more likely in app users who had reported experiencing more than five Covid-19 symptoms in the first week of illness.

Young children and older adults, who often don’t have smartphones, are under-represented in the Covid Symptom Study, Steves and her colleagues found. But thoughtful outreach, statistical analyses and cross-validation against other research can blunt those biases, she says.

By comparing their results to the findings of UK Covid-19 tracking studies that used conventional designs, the team was able to validate its models. “We’ve been able to show that our data very much reflect the data from [those] big population studies.”

Smartphones can track other diseases, too, such as malaria, Zika and dengue, which are spread through mosquitoes. Instead of sending technicians to trap and collect mosquitoes, Craig Williams, a public- and environmental-health scientist at the University of South Australia in Adelaide, posted traps to 126 volunteers in southern Australia and asked them to e-mail him smartphone photos of the trapped insects.

The project, called Mozzie Monitors, provided large-scale mosquito surveillance at 20 per cent of the cost of a comparable professional surveillance programme.

“It has been surprising that citizen scientists were able to collect a higher abundance of mosquitoes than professional programmes in the same period through a low-cost project from their backyards,” says Larissa Braz Sousa, a graduate student on Williams’s team who works on the project.

Williams has since added the option for volunteers in Australia to eschew traps and instead use a third-party app, iNaturalist, to photograph and identify the insects. This led to a nationwide trial in February, dubbed Mozzie Month.

“We’re hoping to have the first national citizen-science mosquito-surveillance programme,” he says. “The smartphone is at the centre of that.”

“Cameras on phones have become more and more sensitive over the past 10 years and what I needed a microscope for before I can do with my phone now,” says Rashid Bashir, a bioengineer at the University of Illinois in Urbana-Champaign. In 2017, Bashir and his team harnessed smartphone cameras in a point-of-care test that uses blood samples to check for viral infections.

The cameras can spot fluorescent signals generated from amplified viral RNA, enabling detection of Zika, dengue and another mosquito-borne virus called chikungunya. He has now updated the test to detect Covid-19.

Spending on science has been, should always be an investment for government