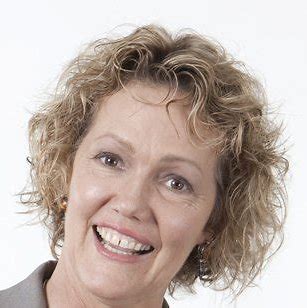 Scrappy management: Company culture is main reason successive projects suffer similar problems because we’re too busy to include voice of the costumer

I was recently told by some smarty-pants consultant that “As long as the team makes a logical proposal to the executives, they will support their recommendation.” My retort: “Then why do people smoke?”

I mean, it’s not logical to smoke. There’s plenty of data to suggest it’s bad for your health. If logic alone were sufficient to change behavior, we wouldn’t find ourselves staring at the hauntingly familiar “lessons not learned” at the end of every project. What keeps us locked into behaviors that don’t make sense, at least to other people?

I believe it’s our “culture.” Try as we might to change our own and other people’s behavior, “cultural cement” keeps us trapped in old, familiar and accepted behaviors.

Many projects these days involve geographically dispersed teams, with members from a wide variety of country cultures. While there’s plenty of kibitzing about language barriers, decision-making style and time zones challenges, the positive benefits of global teams continue to drive this trend.

I’ve witnessed this growing trend in my own work over the past five years with global Japanese companies. Yes, even Japan – known for a preference for all things Japanese – has reached beyond its border to embrace global diversity on a scale I’ve only seen elsewhere in my hometown, the San Francisco Bay Area, where over half of the population doesn’t speak English at home.

These were short projects – only a weeklong – but the latter included seven teams presenting business breakthrough ideas to their CEO.

While the country culture and native languages of the people involved certainly impacted these experiences, it was the company culture that stood out in my mind as the key factor in how these groups performed. To my eyes, people from the same company who were born in places as diverse as the Czech Republic, Brazil, Indonesia, Thailand, Philippines, Germany and the US had more in common with each other than Japanese people working for different companies.

The bank banned me from doing exercises that required balloons and peacock feathers, although they did make an exception for my rubber chicken. (I guess banks are “bank-like” all over the world.) Meanwhile, the high tech company experience included tours of smelting facilities and showcases of high-temperature superconducting cables, and embraced all of the wackiness I could throw at them. Irrespective of the country cultural diversity, these company cultures couldn’t have been more different.

If you study country culture, you’ll inevitably stumble across something called “the iceberg model,” which gives way to “the island model.” Above the surface are the obvious characteristics considered “typical” of people from a particular country. While I gag at even the thought of such stereotype-reinforcing generalisations, I have to admit that there does seem to be some truth in them. Many of my Japanese colleagues do seem to be a bit more reserved in their business interactions than my American colleagues, and there certainly does seem to be a noticeable difference in the decision-making process between American and Japanese companies.

The Island model of culture

The obvious traits we associate with “the norm” of a particular culture are those that an outsider can easily observe. Walk down a busy Tokyo street during lunchtime and you can’t help but notice that they’re a sea of dark suits, white shirts and dark ties. In the evening, you might wonder how such “shy and conservative” businessmen can keep so many karaoke joints in business. Only a peek below the surface could resolve this seeming contradiction.

Below the water level you’ll find the unobservable influencers of behaviour – factors an outsider would likely miss in a casual encounter. These are the values, beliefs and norms driving the observable behaviours. As far as I can tell, these influential factors and their observable characteristics are what cross-cultural experts refer to as a country’s “culture.”

Beneath all of the obvious and obscure differences lies the bedrock of shared human beingness (except perhaps for sociopaths). Taking one particular characteristic as an example, shown below, it’s interesting that a shared intent like “intending to get something done” can show up so differently both above and below the waterline.

The big picture focus and task orientation typical of the US stands in contrast to the detail focus and group cohesion orientation of Japan. As I learned while gritting my teeth while observing a few cross-cultural workshops recently, standing on one island observing the other, each person usually judges the other’s actions in a negative light while ignoring underlying motivations and the shared intent. As you can imagine, this leads to all sorts of negativity and misunderstandings in multi-cultural teams.

What is company culture?

If we apply the island model to the business world, then company culture consists of the observable behaviours and underlying values, motivations and norms typical of a particular company. It’s “the way we do things here” that newcomers are indoctrinated in – for better or worse – during their first weeks.

It’s the collection of expectations and taboos that shape the behaviour and communication of people operating in that culture. It’s the water we swim in, and the air we breathe: largely unnoticed, but ever[1]present. And, although there are plenty of business consultants claiming the expertise of cultural change – transformation even – flout those norms and you’ll find that culture can be strong as cement, and tougher to alter than your spouse’s irritating lifelong habits.

I believe that culture is the main reason successive projects suffer similar problems, and post the same list of “lessons learned” at the end. Time after time we underestimate the schedule, rely on miracles to attain the finish date and fall short of our hopes and dreams in spite of the heroics, because we were too busy to include the voice of the customer in our product development lifecycle.

Next time will be different . . . we hope. But there is no hope, because it seems that the seeds of failure are sewn into the fabric of our culture.